The UK economy will slow next year as a planned so-called hard Brexit and uncertainty around negotiations takes its toll on growth and confidence, the Organisation for Economic Cooperation and Development has predicted.

British prime minister Theresa May earlier this year ruled out a soft Brexit, saying the UK’s departure from the European Union would mean it also left the group’s Single Market.

The latest economic warning over May’s Brexit plans is a blow to the Conservative leader a day ahead the country takes to the polls in a snap election she called last month.

The Paris-based OECD did though revise up its forecasts for economic growth for the UK in 2017, from 1.2 per cent in its November economic outlook to 1.6 per cent.

However, the UK outlook for 2018 is still for just one percent growth.

The OECD now expects Italy will be the only G7 leading economy to perform worse than the UK next year. 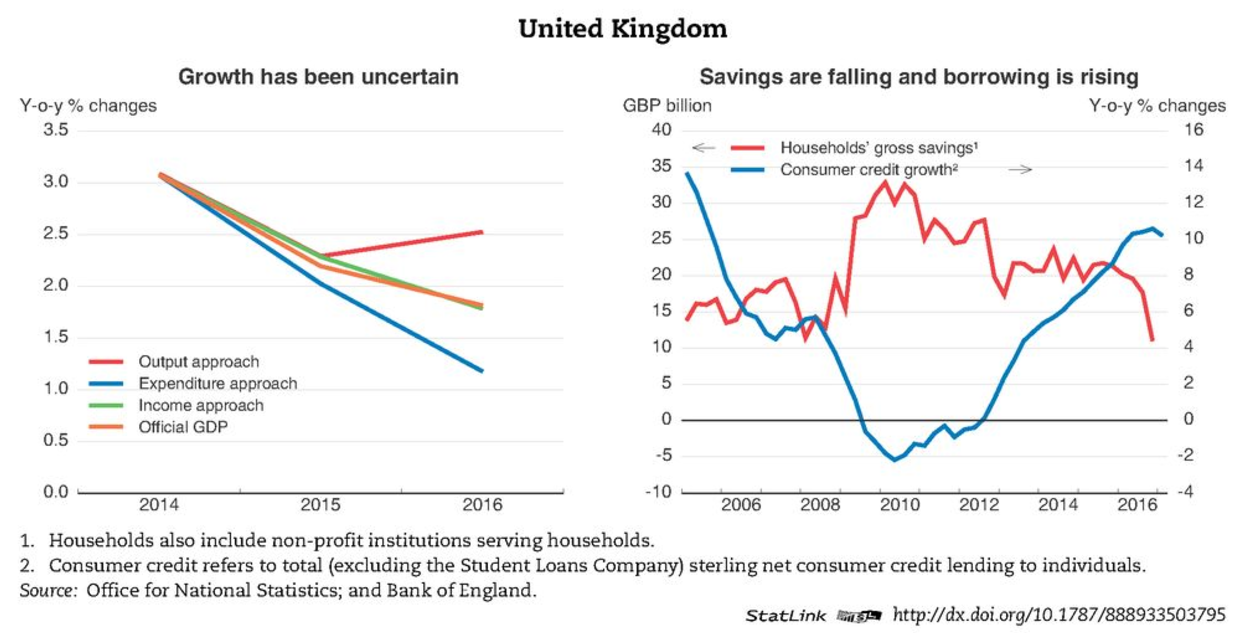 How does the global outlook fair?

Broadly, it’s ok, but it could be better.

The OECD has forecast a tentative recovery for the global economy this year and next but warned of risks from fragile trust in government, weak wage growth and persistent inequality.

Amost a decade on from the global financial crash the outlook for the global economy was described as “better, but not good enough”.

After five years of weak growth, there are signs of improvement. The modest cyclical expansion underway will not, however, be sufficient to sustain strong gains in standards of living across OECD countries. Deeper, sustained and collective commitment to coherent policy packages that support inclusiveness and productivity growth are urgently needed. We need a more inclusive, rules-based globalisation that works for all, centred on people’s well-being.

Stronger business and consumer confidence, rising industrial production and recovering employment and trade flows will all contribute to an improvement in global GDP growth from three precent in 2016 to 3.6 percent in 2018.

Among the major advanced economies, the recovery will continue in the US, which is projected to grow by 2.1 percent in 2017 and 2.4 percent in 2018. 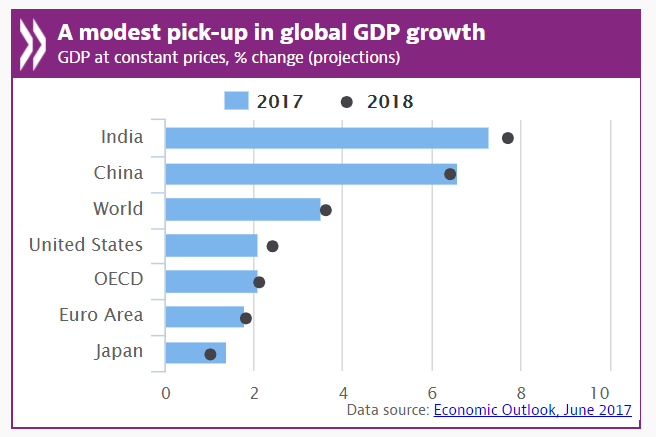 Growth in Brazil is expected to turn positive for 2017 before reaching 1.6 percent in 2018.

Policymakers cannot be complacent. Better choices on fiscal, structural and international policies will improve the well-being of a country’s own citizens, but also spill over to improve the outcome for others, raising the probability that the current cyclical upturn will endure and become the foundation for sustained and broad-based improvements in living standards around the world.