Sony kicked off Paris Games Week 2017 with the PlayStation Media Showcase. Having unveiled a number of new trailers for upcoming titles, gamers should be excited for what’s still to come once as the Paris expo opens its doors.

The video game fair has grown rapidly in popularity since launching in 2010. The number of attendees has risen from 120,000 to 310,000 last year. A similar number of eager fans are expected to descend on the Paris Expo Porte de Versailles venue for this year’s event.

Paris Games Week 2017 will begin on Wednesday, 1 November and run until Sunday, 5 November. The doors will open at 7:30am London time and close at 5:30pm each day, apart from Sunday, when the expo will come to an end at 5pm.

With many of the world’s biggest gaming companies set to attend, here’s everything you need to know about Paris Games Week 2017:

PlayStation live from Paris Games Week: what did you miss?

Sony is the only major company to have scheduled in a press conference ahead of PGW.

With the launch of the Xbox One X coming up, insiders viewed the PlayStation Media Showcase as a way to steal a few headlines away from Microsoft ahead of launch. Whether intentional or not, they have certainly achieved that goal.

While there’s little more to come in terms of press conferences, Sony has provided gamers with plenty to talk about ahead of the event.

The biggest announcement was Destiny 2: Curse of Osiris. The new expansion was officially announced as part of the press conference, despite appearing on the Microsoft Store last month.

The new expansion will provide Guardians with a new campaign, raid content and another new planet to explore, Mercury. Better yet, gamers will be getting their hands on this new content sooner than expected. Accompanied by a stunning gameplay trailer, Sony announced that Curse of Osiris will be released on 5 December.

A number of indie titles were also announced. Shooter The Hong Kong Massacre will be coming to PS4 next year, as will puzzle game The Gardens Between. Likewise, Tennis World Tour looks like a promising upcoming title for sports fans.

It was also a good night for PlayStation VR owners, with a number of new titles set to be added to the accessories’ growing library of games. Sony announced that these games and experiences would be coming to PS4 in the near future:

Blood & Truth, a new title from London Studio, the developers behind the popular VR World’s mini-game The London Heist, is the standout game on the list.

Sony’s press conference was mainly made up of a number of new trailers for upcoming games.

They provided sneak peeks at upcoming titles such as Marvel’s Spider-Man, which appears to be heading down a similar gritty route to the Batman: Arkham video game series.

Likewise, new footage of Call of Duty: WWII, Star Wars Battlefront II, Horizon Zero Dawn, Monster Hunter World, Detroit: Become Human, The Last of Us Part 2, Ghost of Tsushima and Far Cry 5 was also shown. They also gave Shadow of the Colossus fans a look at what to expect from the remastered version that’s coming to PS4 next year.

Sony has kicked PGW off in style, but they aren’t the only company set to impress this week.

Nintendo will have a packed line-up of new and old titles to try out as they continue to push the Nintendo Switch console.

The majority of Nintendo titles on display have already been released. These are the titles that will be playable throughout:

However, the main attraction will be upcoming title Sonics Forces, set for release following the expo.

Xbox have kept their games list for the event under wraps. However, they have promised a larger booth than last year and even more games to test. Likewise, they have also promised a few surprises too.

However, the Xbox One X console will take centre stage. With just a week to go until the console is released, gamers will be eager to be among the first to get their hands on it.

Major publishers such as Electronic Arts, Square Enix, Bandai Namco, Activision, Ubisoft and Capcom will also be exhibiting in Paris, so there will be plenty to see and do throughout the week.

Will there be any major announcements at PGW 2017?

Sony’s reveals are probably as good as we’ll get from Paris Games Week 2017. The top companies tend to save their big announcements, products and games for other events, such as E3 and Gamescom.

However, expect a number of new trailers similar to the show that the PlayStation team put on last night. Who knows – there might even be a shock reveal or two.

What else is going on at Paris Games Week?

Aside from trying out plenty of upcoming games, PGW will offer up a number of other entertaining events for gamers to attend throughout.

A separate hall has been assigned just to host a bounty of eSports competitions set to be played during the expo. PGW will host the ESWC Quake Champions finale, as well as a Tom Clancy’s Rainbow Six Siege tournament.

There will also be Clash Royale, FIFA 18, Rocket League and Splatoon competitions held. 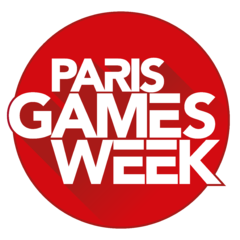 Likewise, the Paris Games Week Symphonic will also be taking place. A rising trend in the video game community, a professional symphony orchestra will be taking fans on a journey through the history of video game soundtracks.

Tickets are still available for all five days of the expo. If you wish to attend, you must purchase a ticket for that particular day via the PGW website.