Chocolate manufacturer Barry Callebaut is the source of this new pink chocolate. They claim this is the first time the world has seen a new chocolate since white chocolate in the 1930s. Barry Callebaut are calling their new treat ‘ruby chocolate’.

Now, contrary to what you might think, ruby chocolate is all natural cocoa bean chocolate. There are no artificial colours or flavours here. So how come it’s pink? Well, that’s down to the kind of cocoa bean. Ruby cocoa beans are naturally reddish. Apparently they have a bit of a fruity, berry-like flavour compared to regular cocoa beans. According to Barry Callebaut:

“The fourth type in chocolate offers a totally new taste experience, which is not bitter, milky or sweet, but a tension between berry-fruitiness and luscious smoothness. To create Ruby chocolate no berries or berry flavor, nor color, is added.” 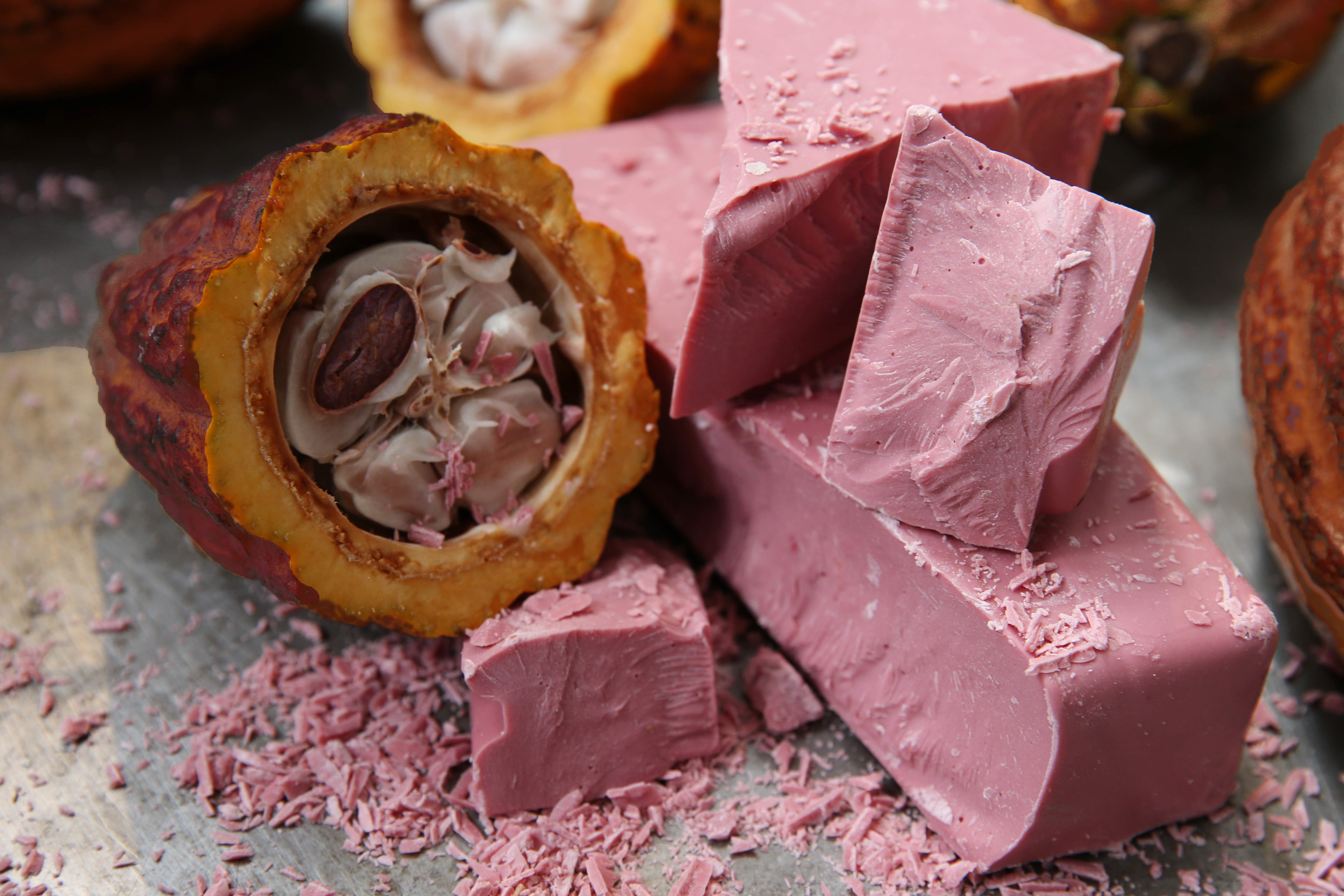 A launch event in Shanghai this week saw the unveiling of the pink chocolate. However, there are plans to roll it out to the mass market. Unsurprisingly, research and surveys have indicated that consumers would be keen to try ruby chocolate.

According to Peter Boone, Barry Callebaut’s Chief Innovation & Quality Officer, ruby chocolate will appeal to the millenial market. In a press release he said:

“Consumer research in very different markets confirms that Ruby chocolate not only satisfies a new consumer need found among Millennials – Hedonistic Indulgence – but also high purchase intent at different price points. We’re looking forward to working with our partners on introducing this innovative breakthrough to the market and making the new Ruby chocolate category available to chocolate manufacturers and consumers around the world as the fourth reference next to Dark, Milk and White chocolate.” 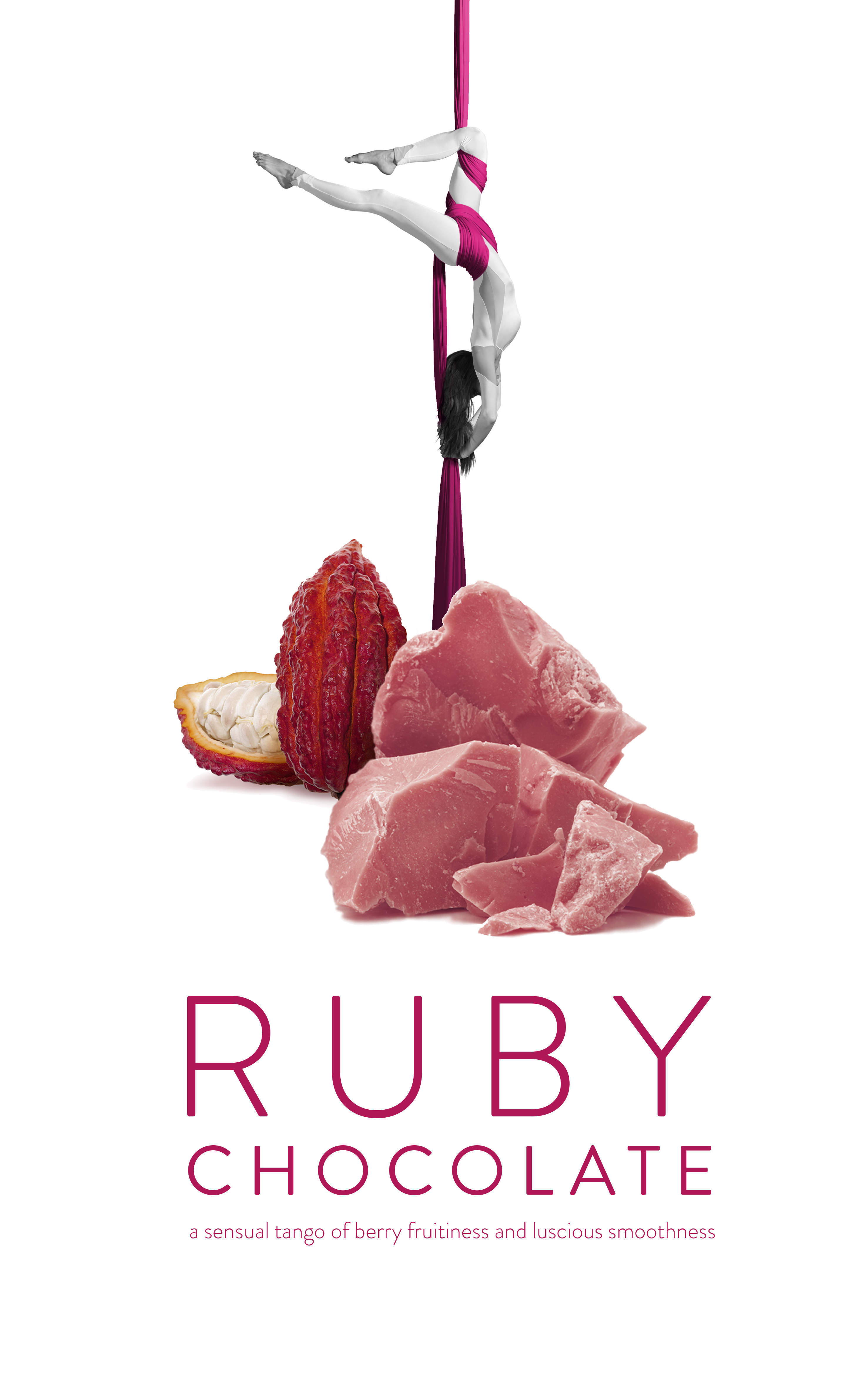 Is pink chocolate all just a marketing technique though?

However, despite Barry Callebaut’s statements, some people need convincing. Chocolate expert Dom Ramsey spoke to the Independent and suggested it could all be a marketing ploy:

“A few years ago, French chocolate company Valrhona launched a caramelised white chocolate that they also sold as the ‘fourth type of chocolate’, and that turned out to be little more than marketing.

“Barry Callebaut are not giving much away about what this new chocolate is, or how it is made, but as I understand it, they’ve used a combination of processing techniques and specific cacao varieties to produce a milk chocolate that has lightly fruity colour and flavour.

“I’ve heard from my own contacts who were at the launch event in Shanghai that this does appear to be something quite different and potentially interesting, but even at there, nobody has seen the ingredients and Barry Callebaut aren’t giving anything away about the processes involved in making it. I’m told it will be at least a year before most people will get to try it, so it remains to be seen if it really is something exciting, or if it’s just a marketing gimmick.”

Still, it’s all pretty exciting. Maybe in the future we’ll all ask each other where we were when we first heard of ruby chocolate. Until then though, we’ll enjoy living the millenial high life with our old favourite, Prosecco cheese. 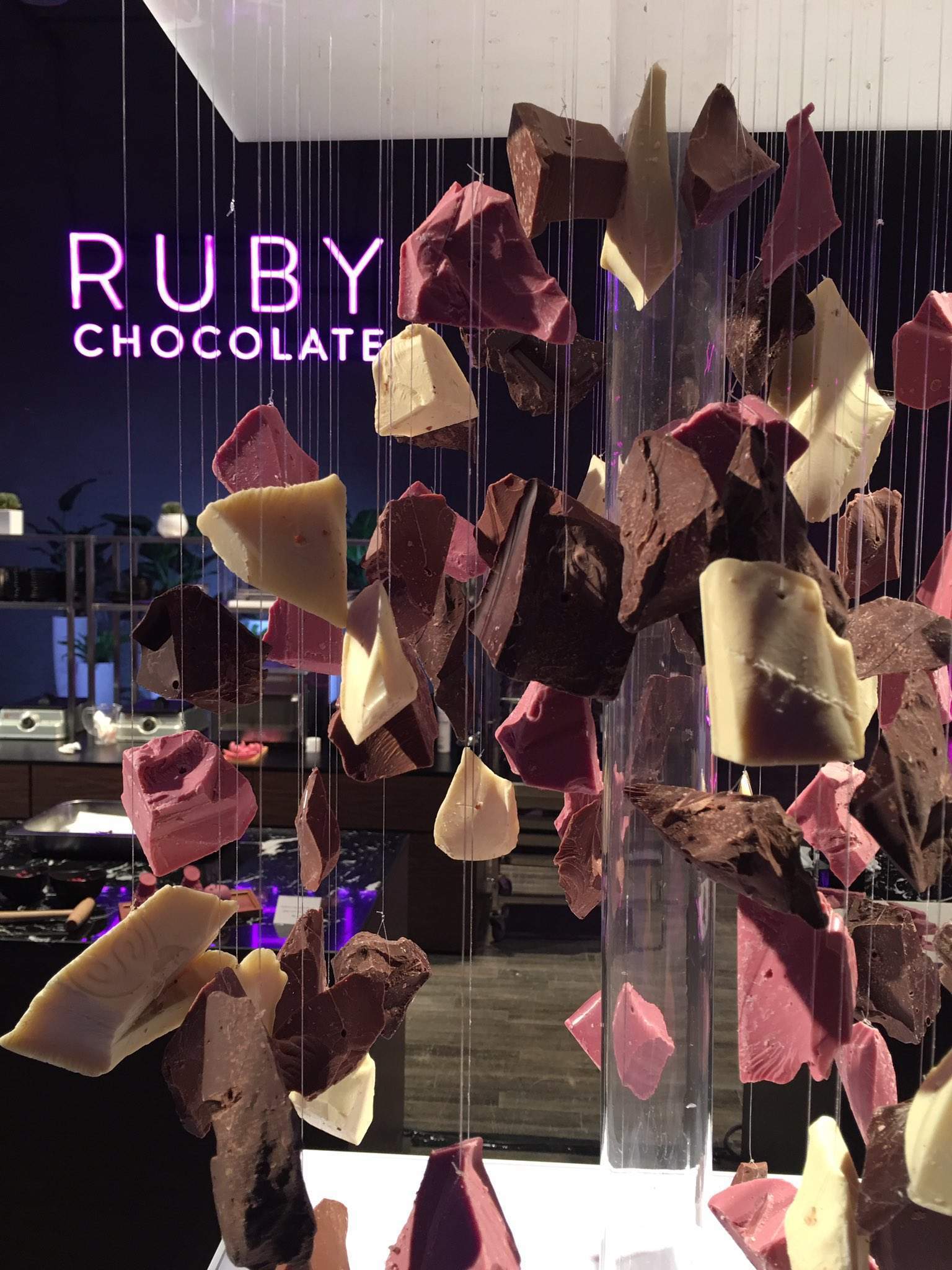 Topics in this article: sweets