Engineers say they’ve created a method for making ‘smart’ glass that recognises images without the need for sensors, circuits or power.

Devised by engineers from the University of Wisconsin-Madison, US, the form of analogue computing is still a proof-of-concept but opens new avenues for giving non-digital objects a form of machine vision.

Because the smart glass has been calibrated to recognise a specific image, the light is directed to a specific point on the other side of the glass that can be used to confirm or deny a match.

The engineers demonstrated their proof-of-concept with a piece of glass that identified handwritten numbers between zero and nine. Light from an image of a number is directed to a specific spot on the other side that corresponds to the correct single digit.

During the experiment, the glass was able to detect a three being turned into an eight in real time.

“This is completely different from the typical route to machine vision,” says Yu. 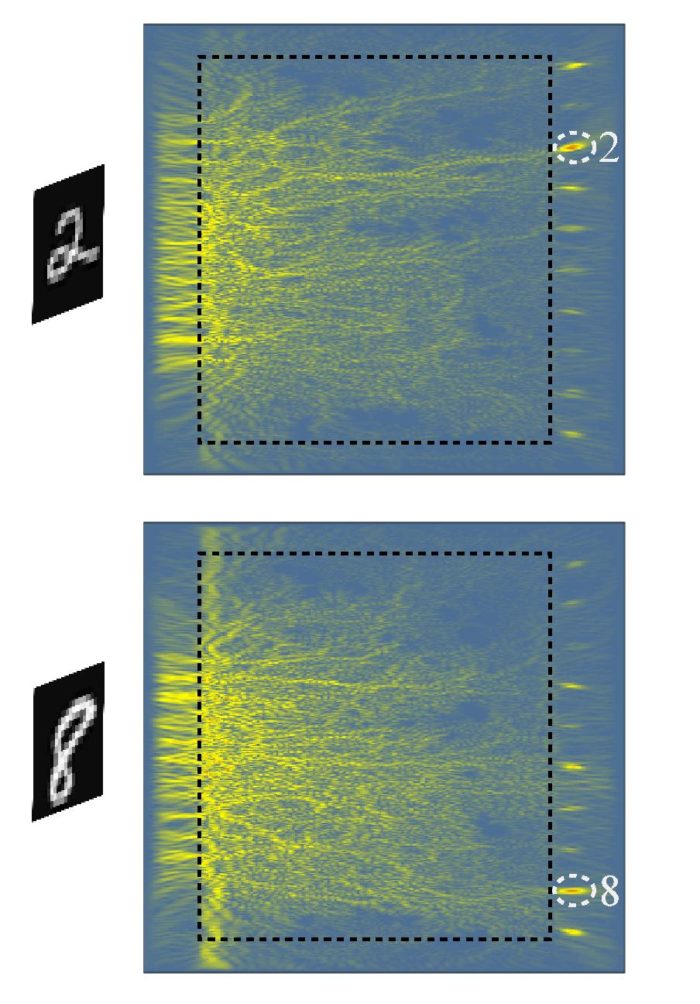 The novel approach creates many possibilities for low-power electronics. Digital image recognition uses lots of computational resources and can, therefore, be a drain on batteries.

“We’re accustomed to digital computing, but this has broadened our view,” says Yu. “The wave dynamics of light propagation provide a new way to perform analogue artificial neural computing.”

The researchers say that ‘training’ the glass to recognise images would be time-consuming and require lots of computer power. However, making the glass itself is inexpensive and simple, they say.

“The true power of this technology lies in its ability to handle much more complex classification tasks instantly without any energy consumption,” says Ming Yuan, a collaborator on the research and professor of statistics at Columbia University.

“These tasks are the key to create artificial intelligence: to teach driverless cars to recognise a traffic signal, to enable voice control in consumer devices, among numerous other examples.”

The researchers say they plan to explore whether this technology could be applied to more complex tasks, such as facial recognition.

“We could potentially use the glass as a biometric lock, tuned to recognise only one person’s face,” says Yu. “Once built, it would last forever without needing power or internet, meaning it could keep something safe for you even after thousands of years.”

However, creating glass that can successfully identify faces is far more complex than identifying a number – people age, hairstyles change, facial hair can come and go.

It is also unclear what the benefits would be of a facial recognition lock lasting thousands of years, given human lifespans are (currently) fleeting by comparison.

The proof of concept was published today in the journal Photonics Research.

“We’re always thinking about how we provide vision for machines in the future, and imagining application specific, mission-driven technologies,” says Yu. “This changes almost everything about how we design machine vision.”