Star Wars fever is beginning to set in, as the galaxy prepares for the release of Star Wars: The Last Jedi.

The latest instalment of George Lucas’ hit space opera will begin airing in cinemas on Friday, 15 December. Ahead of the big day, prepare yourself for another fight against the First Order with some much needed Star Wars collectibles.

Here are our top Star Wars picks that will be hitting the auction block this week: 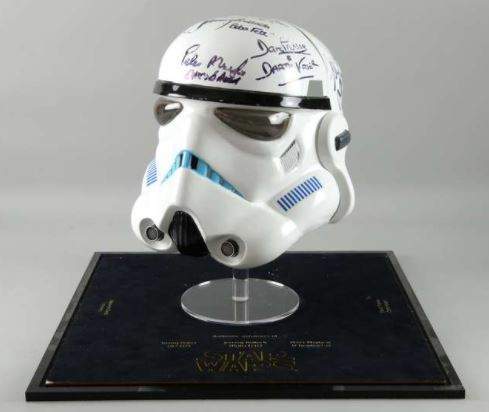 The head of a Stormtrooper is surely the Jedi’s greatest status symbol. Signed by the likes of Kenny Baker (R2-D2), Jeremy Bulloch (Boba Fett), Peter Mayhew (Chewbacca) and Dave Prowse (Darth Vader) owning this Stormtrooper helmet would also make you a legend among Star Wars fans. Ewbank’s will be selling the helmet as part of their Entertainment & Memorabilia auction on Thursday, 14 December. 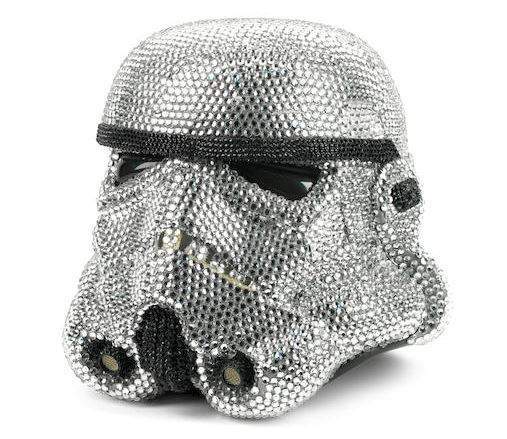 If you’re looking for something fancy to wear to opening night, Bonhams auction house has you covered. They will be selling this trendy Stormtrooper helmet as part of their Entertainment Memorabilia auction on Tuesday, 13 December, which comes complete with 6,000 Swarovski crystals. 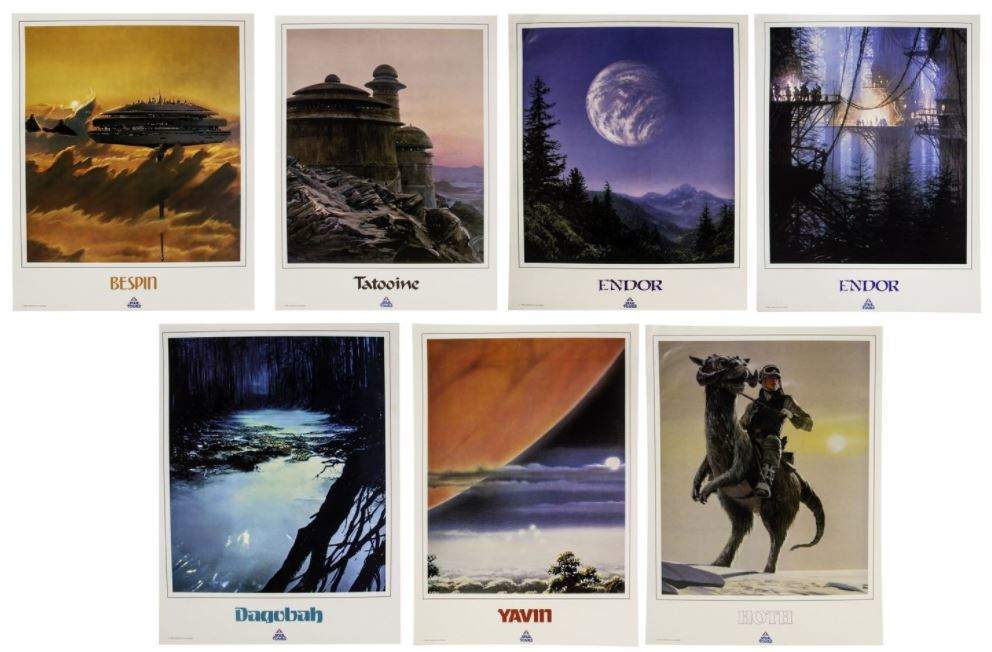 Ever dreamed of setting foot on Endor and Yavin? Well, you could always travel to the remote regions of the world where the Star War movies were filmed. These travel posters, featuring iconic planets from the Star Wars universe, would be the perfect addition to any star-travelling trip. Van Eaton Galleries will be selling the posters, produced in 1986 to promote the Star Tours attraction at Disneyland, as part of their Remembering Disneyland auction on Saturday, December 16. 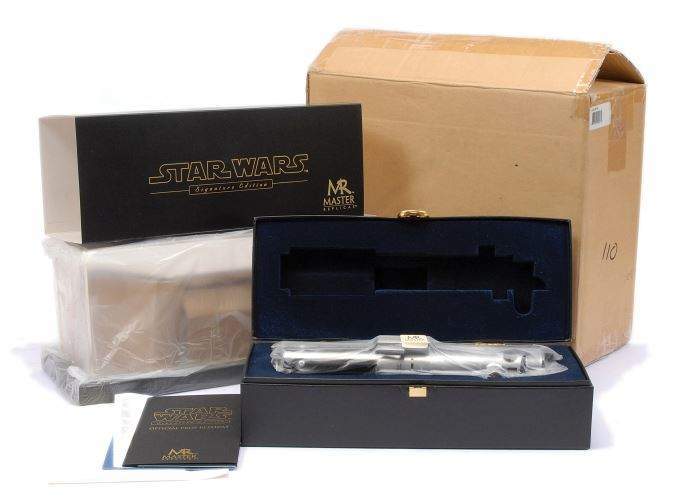 Every great Jedi needs a great lightsaber and few make them better than Master Replicas. The movie prop makers have been producing high-end replicas since 2003. This The Empire Strikes Back Luke Skywalker offering, which will be sold at Vectis Auctions’ TV & Film Related auction on Thursday, 14 December, is the perfect example of that. Alternatively, if you’re on the dark side, Ewbank’s will be selling a Darth Vader replica on the same day. 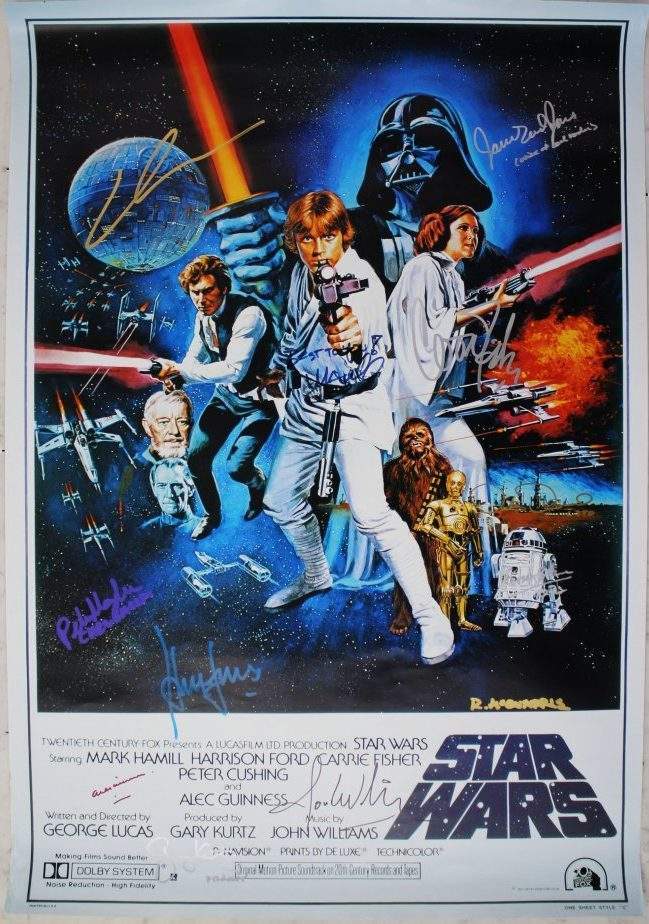 Early reviews have suggested that The Last Jedi is the best Star Wars movie since the original trilogy. Remember those glory days with this original 1977 Star Wars poster, signed by many of the big names that have worked on the franchise, including Mark Hamill, Carrie Fisher and George Lucas. This rare poster will go under the hammer at Delaware Fine Art Auction’s Estates Auction on Thursday, 14 December. 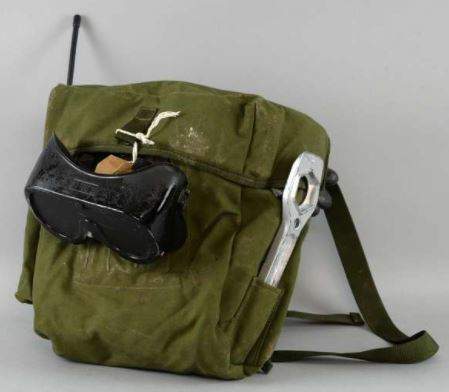 Own a piece of Hollywood history with this Rebel Communications Holdall, complete with blast shield goggles, communicator radio and tools. This production prop was used during the filming of Rogue One and could be yours at Ewbank’s Entertainment & Memorabilia auction on Thursday, 14 December. 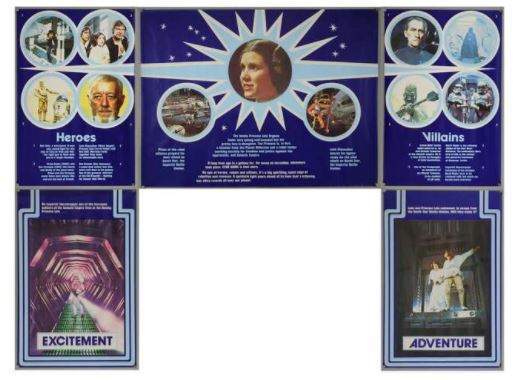 Ewbank’s will be auctioning off what they claim to be one of the rarest Star Wars poster sets in existence. The set of five posters, issued by exhibition creators Marler Haley, were displayed in Odeon cinemas ahead of Star Wars: A New Hope to promote the film ahead of release. The set, which would look good on any film buff’s walls, will go up for sale at Ewbank’s Vintage Posters auction of Friday, 15 December.