Four of the global tech giants, Amazon, Alphabet, Apple and Alibaba, released their fourth-quarter results at the close of markets yesterday. Their shares are all up in after-hours trading.

Here’s what you need to know about the latest tech giants’ results.

Apple results – is the iPhone X paying off?

Apple’s results were the first opportunity to see how its new flagship smartphone, the iPhone X is doing.

The final quarter of 2017 was the biggest quarter in Apple’s history, posting profits of $20bn. However, the overall number of iPhones sold fell in the quarter, by one percent. This forced the company to release a weaker-than-expected sales forecast for 2018.

Despite this, Apple’s chief executive Tim Cook, is pleased. He says that the iPhone X has been the top-selling iPhone every week since it was released in November. As well, there are now 1.3bn active Apple devices in use around the world, up 30 percent from two years ago.

“[This] is a testament to the popularity of our products and the loyalty and satisfaction of our customers.”

Apple shares are up 2.5 percent in after-hours trading. 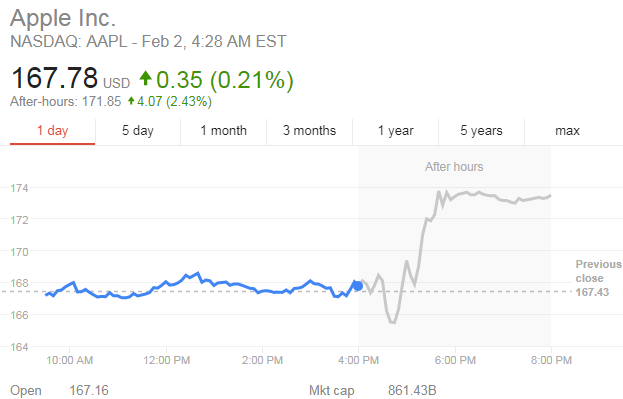 More new paid members joined the scheme than in any previous year before, said Amazon. India is the fastest growing market for Prime across the world, with more Prime members joining in India in its first year than any other country.

The company’s shares were up six percent in after-hours trading. 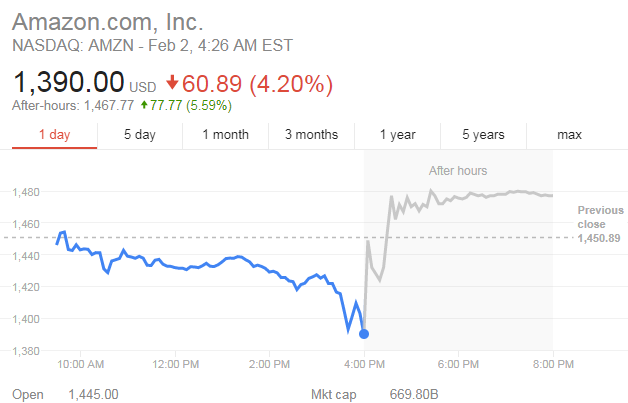 Alphabet actually missed its profit estimates for 2017 as a result of high promotional spending.

The conglomerate has been pushing hard on promoting YouTube, its new Google devices, and its cloud computing services. This is in order to compete with Amazon.

The company generated $110.9bn in full-year revenue for 2017, up 23 percent from the year before. However, profit fell 35 percent to $12.6bn. This included the $2.7bn fine Google had to pay to the European Union for breaking anti-trust laws.

However, other parts of the business are paying off. For instance, Google’s chief executive, Sundar Pichai, said cloud computing is generating $1bn in quarterly sales.

“Our full year operating income growth continues to underscore our core strength, and on top of this, we continue to make substantial investments for the long-term in exciting new businesses.”

Alphabet shares were up four percent in after-hours trading. 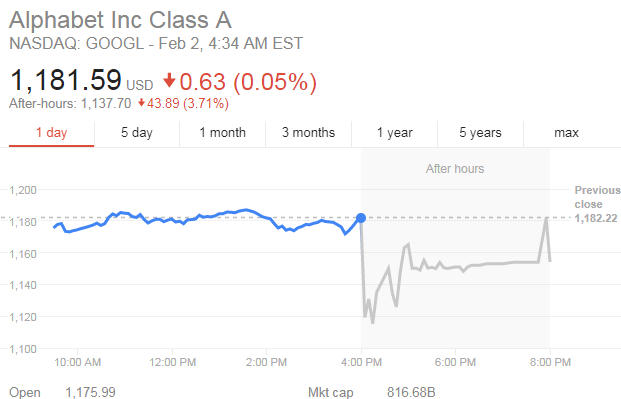 China’s Alibaba beat expectations, with its third-quarter revenue rising 56 percent to $13.19bn. It also raised its 2018 revenue forecasts to 56 percent, up from 53 percent.

One of the reasons for Alibaba’s healthy results was down to Singles Day, the biggest shopping event in the world. Last year’s sales for the day surpassed $23.5bn.

It also used the opportunity to take a 33 percent in its payment affiliate, Ant Financial. It is expected that the company will go public later this year, after being valued at $60bn in 2016.

Importantly, an equity stake in Ant Financial enables Alibaba and our shareholders to participate in the future growth of the financial sector. 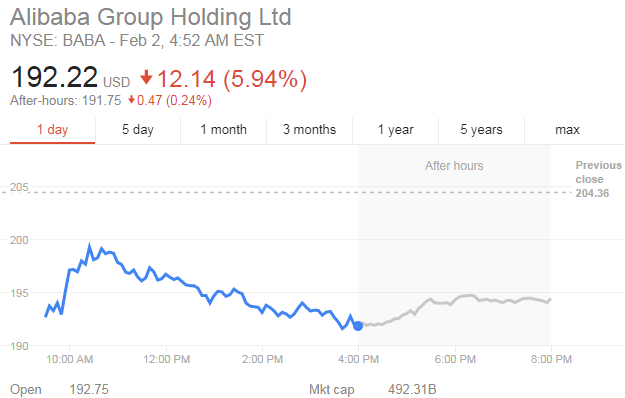