As of 31 August 2021, there are 826 unicorns (privately-held companies worth $1bn or more) and 751 of them are tech unicorns. Investors remain highly bullish on the prospects for the tech sector and continue to invest in tech unicorns. Tiger Global has backed the largest number of tech unicorns and has 129 unicorns in its portfolio. It mainly focuses on internet driven consumer and fintech companies. Stripe, Instacart, and Databricks are the top valued unicorns backed by Tiger Global. 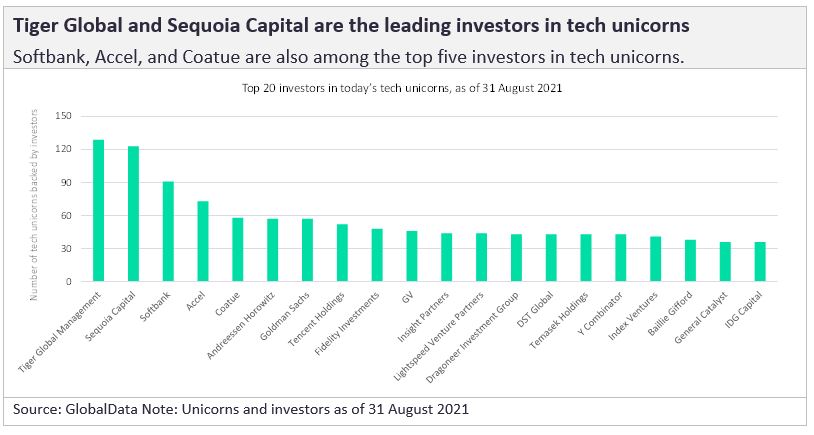 Half of today’s tech unicorns are operating in the ecommerce, cloud, or fintech themes. Another 30% operate in the AI, healthtech, edtech, big data, cybersecurity, digital media, and blockchain themes. Tiger Global, Sequoia Capital, and Softbank all have a strong portfolio in the top three themes—ecommerce, cloud, and fintech. Indeed, all of the top 20 investors have invested in these three themes. We are seeing increasing investments in themes like AI, healthtech, and edtech. Investors are starting to invest in blockchain, a trend that is likely to increase. 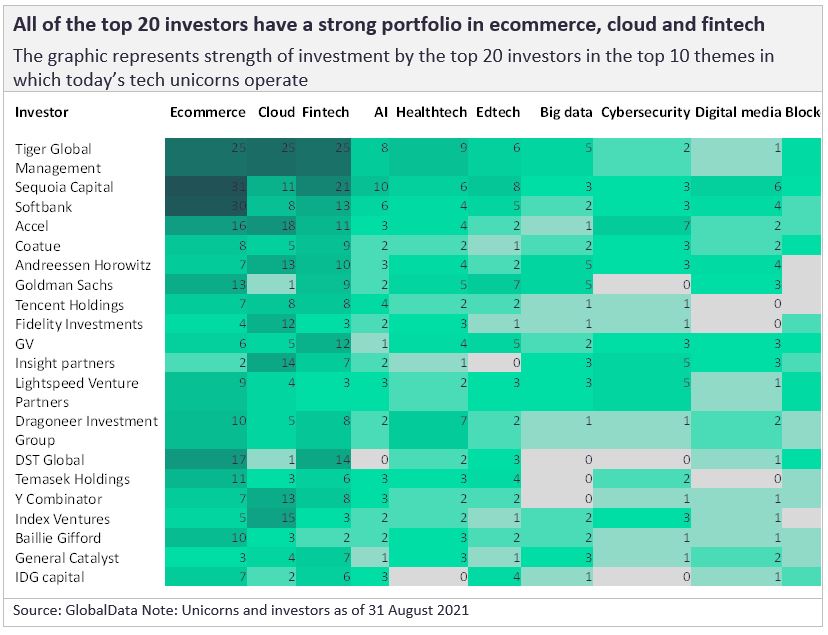 The US is home to half of the tech unicorns today, while China hosts just over a fifth of the total. The US is also home to most of the leading investors. Of the world’s top 10 unicorn investors, eight are headquartered in the US (Tiger Global, Sequoia, Accel, Coatue Management, Andreessen Horowitz, Goldman Sachs, Fidelity Investments, and GV). It is interesting to note that except for Sequoia Capital, all of these seven investors have more than 50% of their unicorns headquartered in the US.