The day is finally here: Twitter is doing away with its 140-character limit.

When the microblogging site launched back in 2006, it both enthralled and irritated its new user base with its enforced character limit.

There were ways to get around it: TwitLonger, so-called Tweet storms where users publish an essay on the platform in broken up tweets, and later, linked tweets were introduced to bring together these broken up messages.

Now, it appears that Twitter has listened to its community and decided to double its limit – to 280 characters.

In languages like Japanese, Korean, and Chinese you can convey about double the amount of information in one character as you can in many other languages. We want every person around the world to express themselves on Twitter, so we’re doing something new: we’re going to try out longer limit, 280 characters, in languages impacted by cramming (which is all except Japanese, Chinese and Korean).

This is how longer tweets could look on the platform 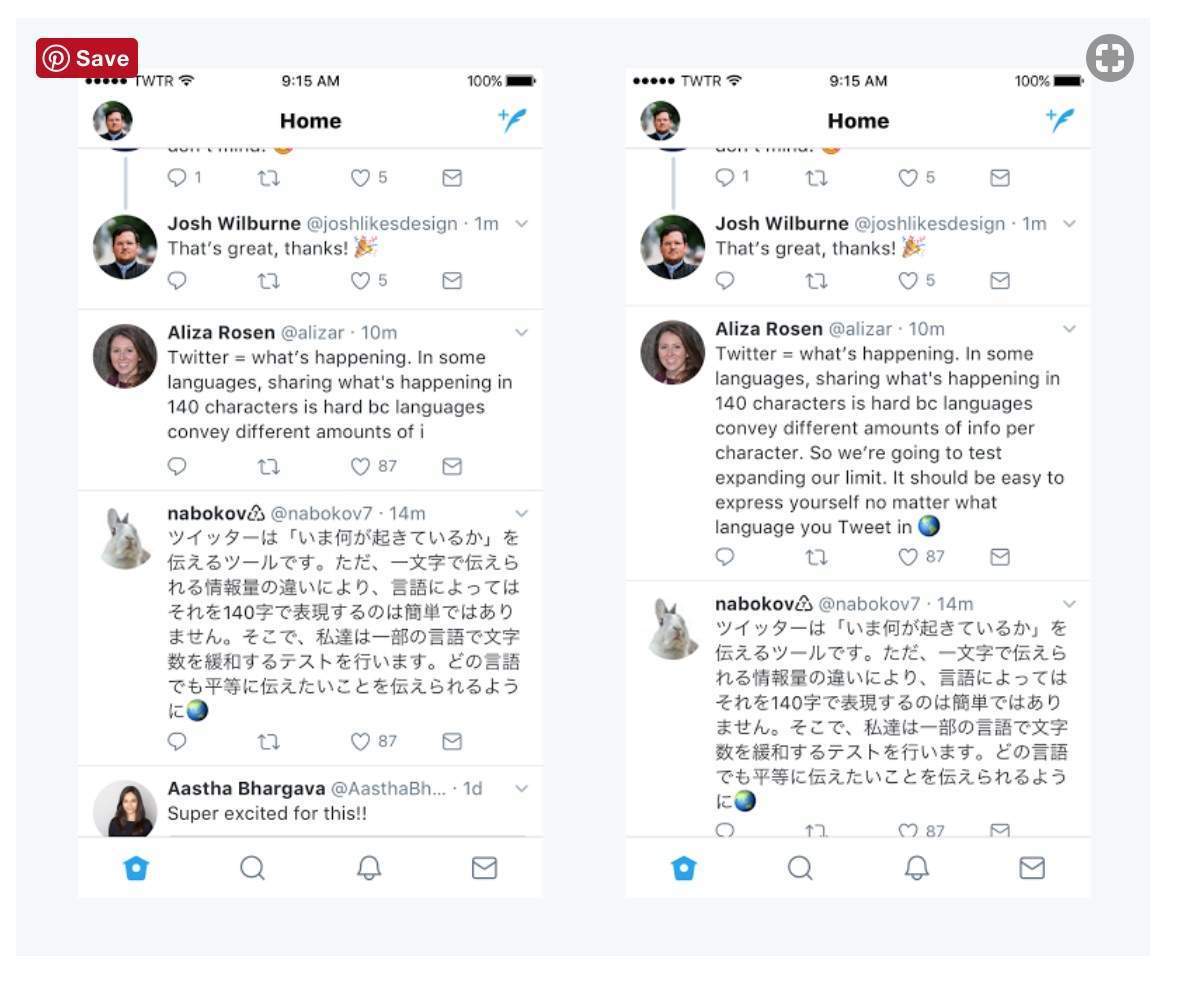 It’s quite interesting how the company came to this conclusion.

It turns out that nine percent of all English tweets hit the 140-character limit. However, only 0.4 percent of Japanese tweets do.

As well, in markets where people don’t have to cram their thoughts, such as Japan, the company has more people tweeting.

The social media company will be trying the new feature out with a small group of people. Don’t be disappointed that you won’t be able to publish all your 280-character thoughts straight away.

It says that it will gather data and feedback before making the decision to launch it to everyone.

What about the rumoured Tweetstorm feature?

Earlier this month, The Next Web revealed that Twitter was testing a new feature to allow users to compose longer tweets. Instead of having to break down the tweets yourself, Twitter would do this for you.

This new feature was found hidden inside the current Twitter Android app.

However, nothing has been said on Twitter’s end about whether this feature will become a fully-fledged aspect of the social network.

We’ll have to see how the longer character limits work first, presumably.