As supermarkets battle with suppliers over increased costs following the devaluation of the pound, it is apparent that they don’t have a lot of room to swallow those increases themselves.

The rise of the discounters and the ensuing price war has damaged every major food retailer’s bottom line except Ocado, although its level of profitability is low, even by food sector standards.

Operating margins have shrunk for almost every major supermarket since 2012 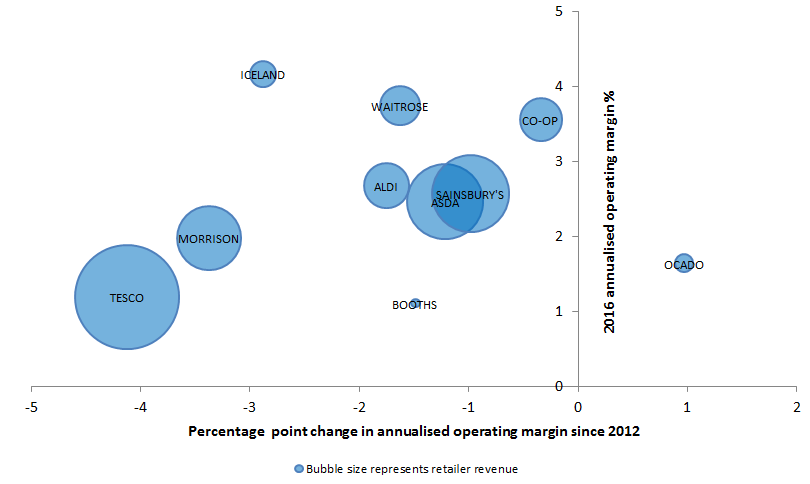