After US president Donald Trump escalated a transatlantic row over his retweeting of anti-Muslim videos — telling British prime minister Theresa May last night she needed to focus on the UK terror threat — the UK has published its latest immigration figures.

The Office for National Statistics (ONS) said net long-term international migration to the UK was 230,000 in the year to the end of June 2017 which is a fall of more than 100,000 on the previous year as European Union citizens leave the country after it voted to quit the trading bloc.

Nicola White, the authority’s head of international migration statistics, said that while net migration was still adding to the UK population, there had been “statistically significant” decreases.

The decline follows historically high levels of immigration and it is too early to say whether this represents a long-term trend.

These changes suggest that Brexit is likely to be a factor in people’s decision to move to or from the UK – but decisions to migrate are complex and other factors are also going to be influencing the figures. 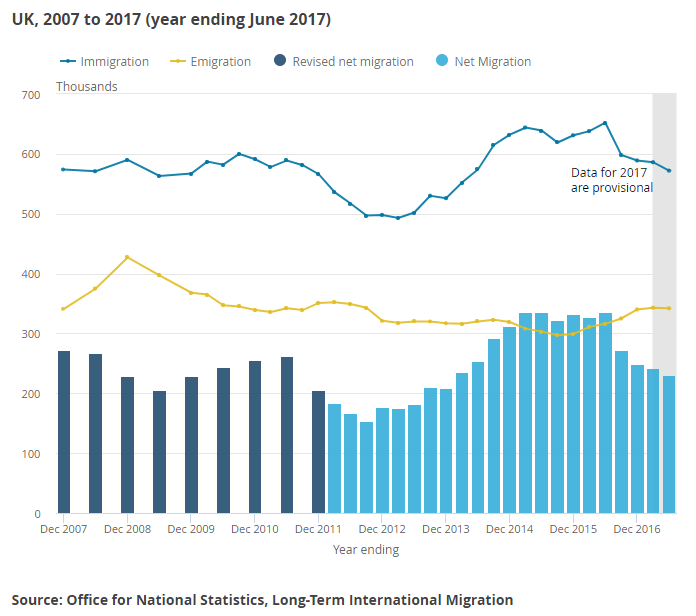 The latest numbers come after Trump told May she needed to focus on “terrorism” in the UK after she criticised his sharing of far-right videos.

The videos — shared by Trump to his 40m followers and sparking outrage among the popular press — were initially posted by Jayda Fransen, the deputy leader of Britain First, a group founded by former members of the far-right British National Party (BNP).

Jonathan Portes, senior fellow at The UK in a Changing Europe, said:

Today’s ONS Migration statistics show that even long before any changes are made to the principle of free movement – which looks likely to continue in effect until at least 2021 – the UK has become a less attractive place for European migrants. More Europeans are leaving while fewer are arriving, meaning net migration from the EU has already dropped by more than 80,000 – a fall of more than 40 percent, comparing the year before the Brexit referendum to the year after it.

The politically sensitive figures in August showed net migration to the UK had fallen to its lowest level in three years, as significantly more EU citizens left the UK after the country voted to quit the European Union in June 2016.

August’s headline net migration figure of 246,000 — the difference between immigration and emigration — was 81,000 lower than the 327,000 recorded in March last year, according to the Office for National Statistics.

The government has said it wants to reduce net migration to below 100,000. The ONS figures showed a sharp rise, of 17,000, in departures of citizens from the so-called EU8 countries — Czech Republic, Estonia, Hungary, Latvia, Lithuania, Poland, Slovakia and Slovenia. 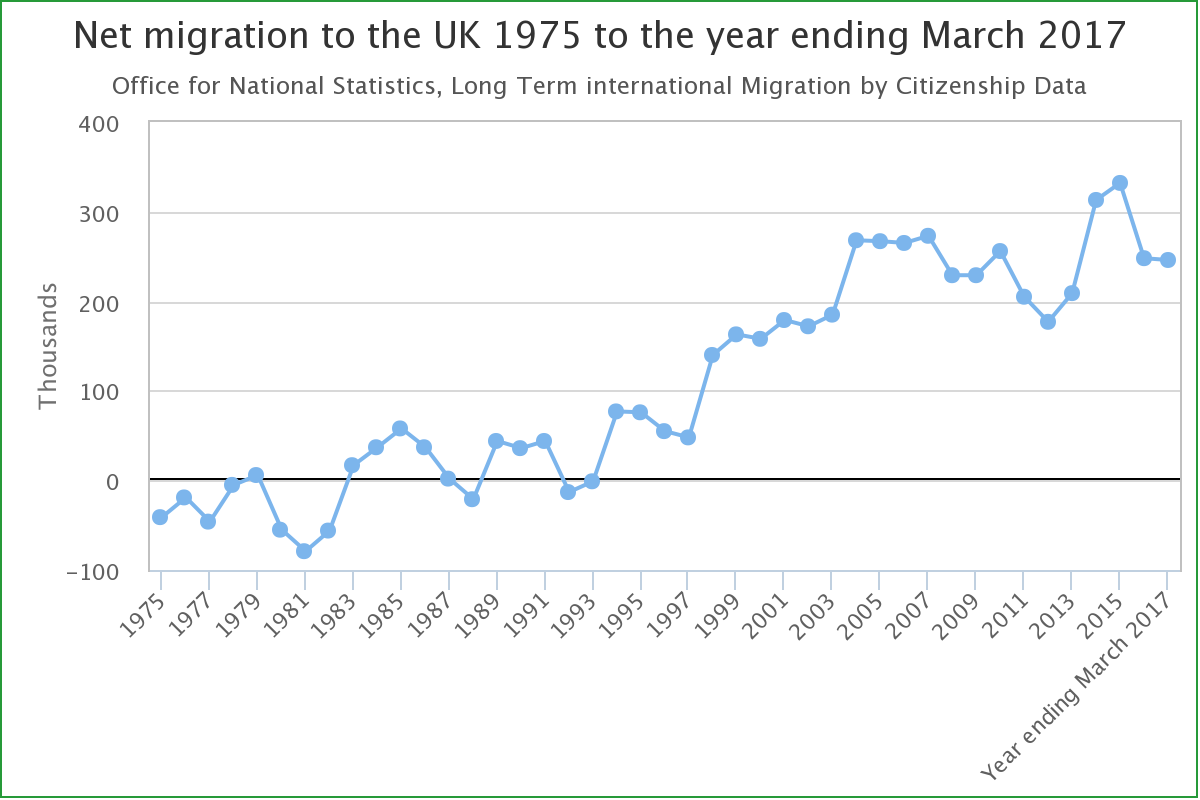 Earlier this week the Pew Research Centre projected the UK’s Muslim population is set to triple in 20 years.

Under the model which assumes median migration levels, the number of Muslims in the country would rise from 4.1m in 2016 to 13m in 2050.