The famous British roast dinner could become the next flavour of ecigarettes to enter the vaping market, after research found it was the most-wanted taste.

The vaping market has grown rapidly in the past few years, with the number of ecigarettes and heat-not-burn devices being used in the UK up to three million from 700,000 in 2012.

This growth has prompted demand for new flavours for eliquids other than the more traditional tobacco, mint and berry, fruits, vanilla, liquorice, and coffee.

Of around 1,000 people surveyed by ecigarette company VIP Electronic Cigarettes, 15.6% want to try roast dinner flavour vape, with apple crumble, chocolate brownie and cheesy chips occupying the next three spots in the list. 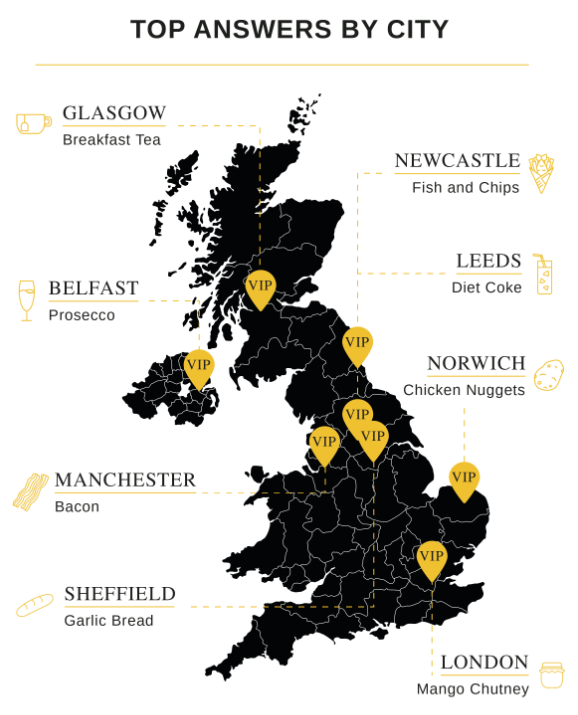 Preferences varied based on location, gender and age. People in Manchester opted for bacon, while fish and chips was the popular in Newcastle.

Londoners tend to prefer mango chutney, though Norwich picked chicken nuggets, according to the study.

Drinks flavours topped the chart in other parts of the UK: Belfast preferred prosecco, Birmingham mojito and Leeds Diet Coke.

Figures also show that millennials are keen on almond milk, garlic bread and prosecco, with around a third of the 18 to 24-year-old participants opting for mango chutney.

The older generations were instead more interested in traditional British flavours like apple crumble, fish and chips, and breakfast tea.

We wanted to find out which new flavour might be a success on the vaping market. As chosen by the public, it was the classically British flavour combination of a roast dinner that came out on top.

Interestingly, it seemed that some popular food trends wouldn’t necessarily translate into the vaping market, with just 5% voting for matcha, 4% for avocado, and 1.2% for kombucha.

However, flavours of more indulgent comfort food, including cheesy chips, garlic bread and chicken nuggets, all featured in the top 10.