In what has been described as a week of “madness” by Malcolm Turnbull, the now former-Prime Minister of Australia was ousted from his position as leader of the Liberal Party, and replaced by his former Treasurer Scott Morrison.

Morrison was elected to the top job after beating Home Affairs Minister Peter Dutton in an internal vote. He will now take control of the government ahead of the upcoming Australian federal election in May 2019.

If you find yourself asking “who is Scott Morrison?”, then this should come in handy. To help you get to know Morrison, Verdict has put together a professional CV for the new Prime Minister of Australia.

Note: Morrison had no part in this. However, using details from LinkedIn and other sources, this is how we imagine his CV might look following his most recent promotion. 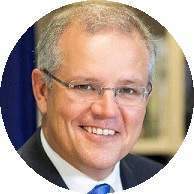 Having entered the Australian Parliament in 2007 as the representative for Cook, New South Wales, I have quickly risen up the ranks to become the Prime Minister of Australia. Along the way, I have led the nation in areas such as immigration, social services and finance.

I am a social conservative and devout Christian who will stop at nothing to protect Australia and its culture. I helped to bring about the Operation Sovereign Borders policy, which is aimed at stopping asylum seekers from arriving by boat on Australian shores.

My policies have been frequently criticised, as too have my beliefs on same-sex marriage. However, having been a star of Australian television as a child, I know how to deal with a camera in my face and can handle the media attention that comes with being in such a high-profile position.

I spent my formative teenage years at the Sydney Boys High School, one of the best in Australia’s public sector.

I went on to study Economics and Geography at the University of NSW, which opened up plenty of opportunities for me to work in the tourism industry.

I starred in a number of commercials aired on Australian television during my childhood. I may or may not be the Love Rub kid from that infamous 1970s Vicks Vaporub advert.

After graduating university, I worked for a number of industry groups, including the Property Council of Australia and the Tourism Task Force. However, my first big role came as the Director of the New Zealand Office of Tourism and Sport in 1998. I helped to develop the 100% Pure New Zealand campaign, which helped to showcase the unique experiences that New Zealand has to offer.

I returned to Australia in 2000 to serve the Liberal Party. In this role, was tasked with leading the political party’s efforts in New South Wales. As part of my role, I helped John Brogden in his attempts to become the Premier of New South Wales. I also oversaw the Liberal Party’s campaign in the 2001 federal election, which saw John Howard win a second term as Prime Minister.

After a few years away from the tourism industry, I returned to become the Managing Director of the Australian tourism board, Tourism Australia. Having previously served as the deputy chief executive of the Australian Tourism Task Force and the general manager of the Tourism Council of Australia, I was well connected in this office and trusted to succeed in one of the top jobs.

In 2007, I was elected to become the Member of Parliament for Cook, a state in New South Wales. This was the beginning of my climb up the political ladder.

In this role, I helped to launch the Operation Sovereign Borders strategy, which aimed to protect Australia’s borders from unauthorised asylum seekers. This saw the number of asylum seekers arriving by boat fall from 20,600 in 2013 to 160 in 2014.

My tactics didn’t go down too well with the public, but it earned me respect among my political peers and soon saw me take another step up the ladder.

As part of a cabinet reshuffle, I became Australia’s Minister for Social Services. As part of my role, I took charge of welfare, family matters, and child care. This included the healthcare and education systems.

Those that I had angered during my time as Immigration Minister made it somewhat difficult for me to succeed in this role. Luckily for me, it was a short one.

Malcolm Turnbull’s rise to Prime Minister saw me replace Joe Hockey as Treasurer, putting me in charge of the government’s finances. In this role, I risked angering many by prioritising the happiness of those that worked hard and paid their taxes.

After announcing my intention to run for leadership after the Liberal Party lost faith in former Prime Minister Turnbull, I was selected as the best candidate by my peers, beating fellow candidate Peter Dutton in a spill vote.

“Today’s news of a new coalition government under the reign of Scott Morrison spells disaster for refugees and people seeking asylum. A Morrison government and its inclination towards draconian and harsh policies instils fear in those seeking safety.”

“In talking to Scott, I’ve been struck by his warm regard and intimate knowledge of New Zealand. He will be a great friend to our country.”

“Make no mistake, Scott Morrison is just a more polished version of Tony Abbott. He has shown over his career that he…will not hesitate to continue selling out the environment at the behest of his mates in the fossil fuel industry.”