The World Bank has bumped up its forecast for China’s economic growth next year to 6.8 percent, from 6.7 percent it projected in October.

It credited personal consumption, foreign trade, and stronger inflation for boosting China’s expansion, putting it on track to deliver its first full-year acceleration since 2010.

The World Bank said in its China economic update:

Despite the recent slowdown, credit continues to grow considerably faster than GDP. Outstanding bank loans reached 150 percent of GDP in November 2017, up from 103 percent at the end of 2007.

Prudent monetary policy, stricter financial sector regulation, and the government’s continuing efforts to restructure the economy and to rein in the pace of leveraging are expected to contribute to the growth moderation. Favourable economic conditions make this a particularly opportune time to further reduce macroeconomic vulnerabilities.

China has maintained its growth resilience and gained reform momentum. The authorities have undertaken a host of policy and regulatory measures aimed at reducing macroeconomic imbalances and limiting financial risks without notable impact on growth.

As a result, 2017 has been a successful year for China on many fronts. Economic rebalancing received a boost—the growth of household incomes and consumption accelerated this year relative to investment.

Meanwhile, China’s strict enforcement of capital controls and greater market confidence meant capital outflows from China fell and the Renminbi appreciated against the US dollar in 2017. 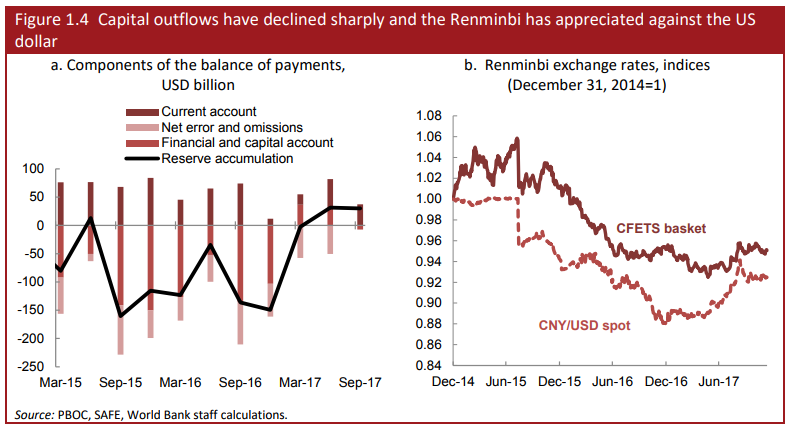 Last month, when Trump visited Beijing, he warned Chinese president, Xi Jinping, that the two countries’ trading relationship had not been “very fair for the US”.