World Polio Day was established on the birthday of the creator of the first polio vaccines, Jonas Salk, to focus on educating and informing the world about polio and the success GPEI had had in eradicating the disease on a global scale. With polio on the brink of global eradication, what work is still left to do?

Poliomyelitis is a highly infectious viral disease more commonly known as polio that mainly affects children. It is transmitted by person-to-person usually via the faecal-oral route or through contaminated water and food; the virus then multiplies in the intestine.

Common symptoms include fever, fatigue, headache, vomiting and pain in the limbs. However, it can lead to permanent paralysis, of which, according to the World Health Organisation (WHO), between 5% and 10% die due immobilisation of breathing muscles.

Researchers believe that polio has existed for thousands of years, but the first clinical description of the disease was in the Victorian era. 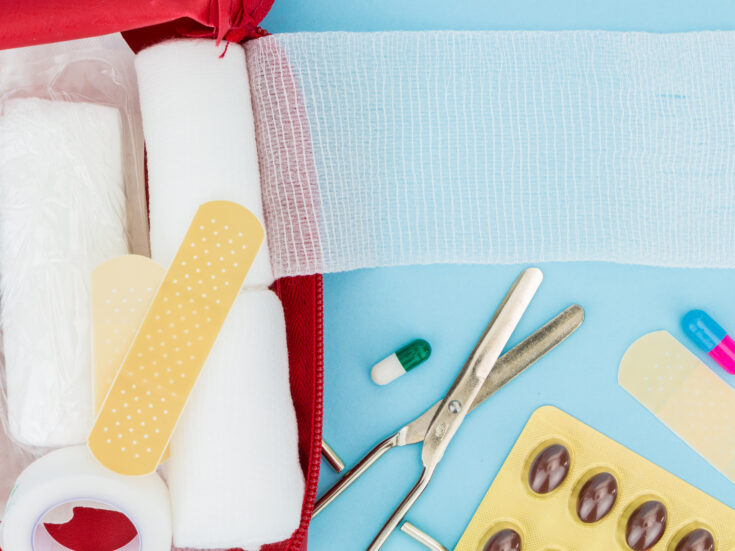 The first effective attempt to fight the disease was made by Jonas Salk in 1955 when he and his team created an inactivated vaccine. To honour his ground-breaking work, non-governmental organisation Rotary International named Salk’s birthday 24 October as World Polio Day.

To mark this year’s World Polio Day, Rotary International has organised its sixth annual educational webinar, as well as pledging almost $100m in grants to support efforts to eradicate the disease.

According to the WHO, economic modelling has suggested that the eradication of polio would save at least $40bn in health care costs, which could be channelled to help deal with other public health crises.

Currently only three countries worldwide are characterised as not polio free; although they face serious challenges in eradicating the disease, the partners to the GPEI are optimistic eradication can be achieved soon.

Following the beginning of routine immunisation in the 1970s based on Salk’s work on inactivated vaccines and Albert Sabin’s work on the oral polio vaccine in the 1960s, the Global Polio Eradication Initiative was launched in 1988.

It is a collaborative effort between five partners: the WHO, Rotary International, the US Centers for Disease Control and Prevention, the UN Children’s Fund (UNICEF) and the Bill and Melinda Gates Foundation.

When the GPEI was launched, 125 countries were classed as being polio endemic and there were 350,000 cases annually.

In the past 30 years, the number of cases has been fallen by over 99% and more than 2.5 billion children have been vaccinated due to more than $11bn of investment and the work of 200 million volunteers.

As WHO director of polio eradication Michel Zaffran said in a webinar organised by Sanofi Pasteur in preparation for World Polio Day, there have only been 22 cases in two countries worldwide this year, making this the closest the world has ever been to the global eradication of polio.

Full polio eradication has been achieved in the Americas, the Western Pacific, Europe and South East Asia. Now just three countries continue to see polio cases: Nigeria, Afghanistan and Pakistan. Only the latter two are classed as being endemic with polio; it is hoped that the continent of Africa will be polio free by next year.

The initiative’s partners are particularly proud of the success they have had in eradicating polio in India and use it as evidence that current strategies are working and it is possible to fully eradicate polio in the next few years.

India was perceived as a hard country to eradicate the disease in due to high population density, high migration rates, poor sanitation, high birth rates and low rates of general routine immunisations. However, the Bill and Melinda Gates Foundation argue that a well-funded, efficient programme was essential to the GPEI’s success there.

The persistence of polio in Afghanistan, Pakistan and Nigeria is due to a range of challenges, which were discussed in Sanofi Pasteur’s World Polio Day webinar. However, there is optimism among representatives from both global and national organisations that these countries can overcome these issues and eradicate polio soon.

In Nigeria, the major issues are that the virus exists mainly in the country’s north-eastern areas, which are controlled by terrorist organisation Boko Haram.

However, during the webinar, UNICEF technical Officer for Polio Eradication and Routine Immunization Ibrahima Koné noted that the GPEI national teams on the ground are very creative in terms of accessing these dangerous areas.

The main issue hindering eradication of polio in Afghanistan and Pakistan is cross-border migration between the two countries, which is largely caused by conflict. This causes administrative challenges centred on tracking who has been vaccinated.

Rotary International’s Aziz Memon, who is also chair of the National Polio Committee in Pakistan, suggested better collaboration with Afghanistan would help his country to reach all the children being missed out.

In addition, across the three countries, although education has been a key element of the GPEI projects and it has led to large-scale community acceptance of the importance of polio vaccination, many parents remain sceptical about repeated vaccination of their children.

During the Sanofi Pasteur webinar, Zaffran explained that while the WHO wished a one-time vaccine would work, in reality multiple rounds of vaccination are necessary to fully interrupt the circulation of the virus. This is particularly because children in these areas are often affected by other viruses or bacterial infections, which makes it harder for the vaccine to work.

He added that improving sanitation and diet will help to prevent polio from spreading, and therefore reduce the need for multiple vaccinations.

Shahnaz Wazir Ali, Emergency Operations Centre technical coordinator for the regional Government of Sindh, Pakistan, noted during the webinar that the reasons behind multiple vaccinations should be relayed better to parents to prevent refusals.

Some are also concerned by the small number of cases where the active element of an oral vaccine causes an outbreak or children get ill following vaccination. This has led to calls for the increased use of inactivated injectable versions of the vaccine.

Zaffran explained that oral injections with active components are the only way to prevent transmission of the virus. Therefore, oral vaccines are needed to eradicate the disease, however “these will be withdrawn once [eradication] has been achieved” and inactivated vaccines will be used to maintain immunisation.