Rain fell in Abu Dhabi last week, much to the surprise of the locals.

After months of sweltering temperatures in excess of 30 degrees Celsius, Abu Dhabi now has a few months off before the heat hits once again.

Making the most of the the time that they have, the city will kick off celebrations this week with the annual Al Dhafra Festival.

Held on Abu Dhabi’s Empty Quarter, the world’s largest uninterrupted sand mass, the Al Dhafra Festival is a world away from Coachella and Glastonbury in more ways than one. Rather than bands taking centre stage, camels will be the stars of the show in Abu Dhabi this week.

The Abu Dhabi Tourism & Culture Authority describes the event as a festival that “embodies the spirit of heritage in this part of the world”.

Officially, Al Dhafra is a celebration of the Bedouin, or desert-living lifestyle. Such groups historically lived in the desert areas in and around the Middle East up until the 1950s. Most have now embraced city living. However, Bedouin returns to the desert each year at Al Dhafra.

Camels were a vital part of Bedouin living, providing both transport and food. Unsurprisingly, they are a huge part of Bedouin festivals. Otherwise known as the world’s largest camel beauty pageant, over 20,000 camels are expected to descend on the desert from across the Middle East for the 11th annual festival. 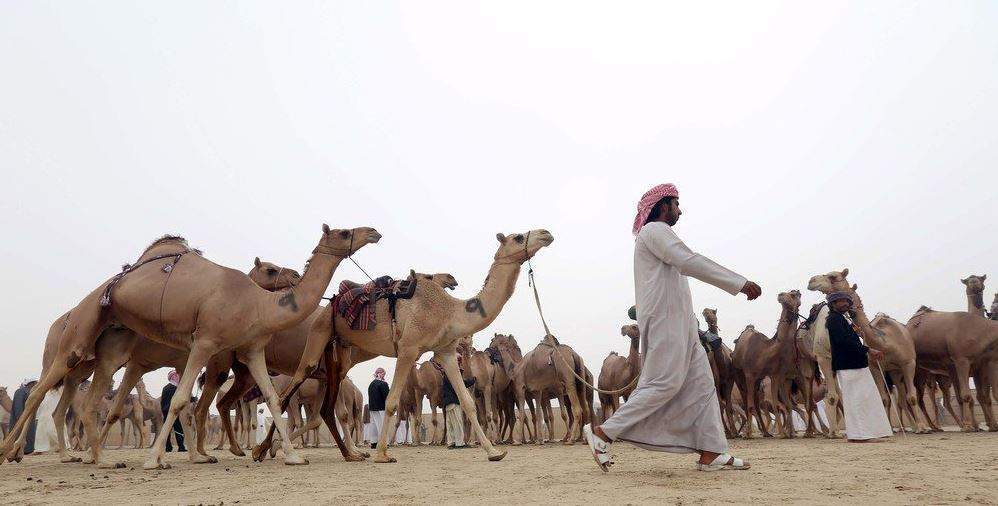 Al Dhafra’s star camels aren’t too different to their music festival counterparts. Plenty of bling hangs around their necks and humps much the same, as crowds of people sing and dance around them.

The Al Dhafra Festival is all about having fun and celebrating culture. However, the region’s rich also use it as a meeting point to conduct camel-related business. Millions of dollars are regularly shelled out on the very finest camels on show, whether they’re promising racers, producers of high-quality milk or simply easy on the eye.

However, it is the competitions that make the event what it is. Organised by Abu Dhabi’s Cultural Programs and Heritage Festivals Committee, Al Dhafra Festival perfectly blends the region’s traditions and culture with the splendour of modern day United Arab Emirates.

The organisers have set aside a total of 38m AED ($10m), which they will be handing out to attendees via various competitions throughout the festival.

Race it, milk it, buy it: a typical day at the Al Dhafra Festival

This year’s festival will kick off on Thursday, 14 December with a milking competition. Hundreds of participants compete to produce the most and tastiest camel milk on offer, with approximately $250,000 on the line.

Activities to follow include a classic car competition and shooting competition. Falcon racing and shellah (Bedouin poetry) events are also on the schedule. Set to run for two weeks, the committee will run over 1,400 competitions in total.

However, ‘Mazayna’ is the main event. This is essentially a beauty contest. A panel of judges judge the camels based on a set of criteria, such as leg length and hump shape. Points are even awarded for a camel’s eyelashes and lips, with the most beautiful camels winning their owners considerable amounts of cash. 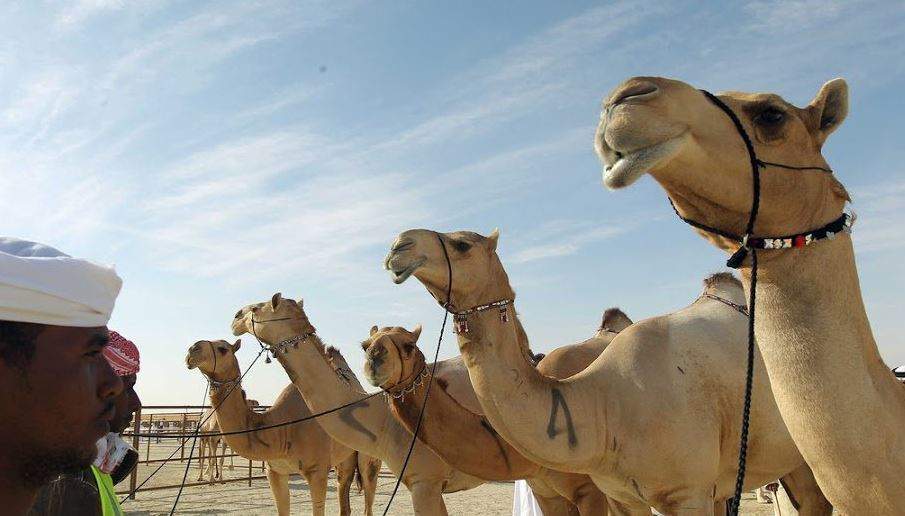 To those hearing about the Al Dhafra Festival for the first time, it might sound utterly bizarre. However, it offers visitors a welcomed break from the glitz and glam of Abu Dhab. Likewise, it also provides an insight into what the region once was. At the very least, it offers an interesting story to tell once your return home.

Al Dhafra Festival will take place in Empty Quarter, close by the town of Madinat Zayed. The festival grounds are approximately a two hour drive from the capital. The event is free and open to the public, starting on 14 December and ending on 28 December.