In order to fund rocket development at the space company, Bezos has said he will sell around $1bn worth of Amazon stock annually.

My business model right now … for Blue Origin is I sell about $1bn of Amazon stock a year and I use it to invest in Blue Origin,” said Bezos.

Bezos is the online retailer’s largest shareholder, with 80.9m shares, worth around $73.54bn at Wednesday’s closing price. And he won’t need to sell much in order to make back the funds. Amazon’s share price is currently at $909, meaning he only needs to sell off around 1m shares at a time to invest in Blue Origin. 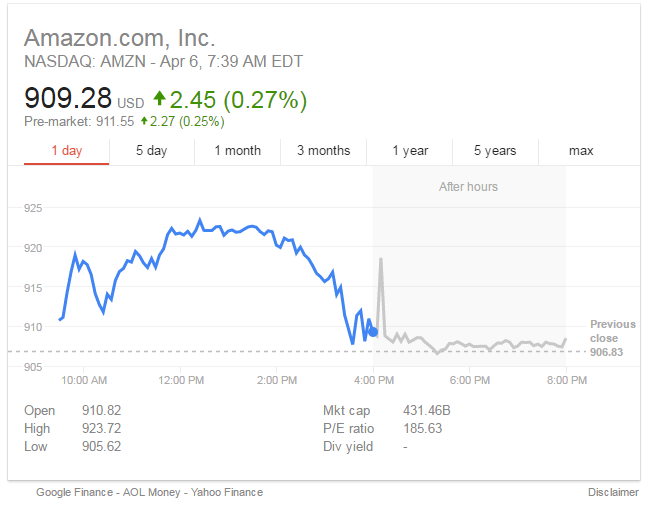 Blue Origin has been moving ahead with its plans to launch a rocket into space. Earlier this year, Bezos sent a memo to Nasa to urge the agency to back an Amazon-style shipment service to the Moon. He told the Washington Post, a publication he also owns:

“It is time for America to return to the Moon. A permanently inhabited lunar settlement is a difficult and worth objective. I sense a lot of people are excited about this.”

Discussing his plans for Blue Origin and space exploration at the annual US Space  Symposium in Colorado Springs, Bezos said:

“It’s a long road to get there and I’m happy to invest in it.”

The aim for Blue Origin is to turn it into a profitable, self-sustaining business and ultimately cut the cost of space travel so millions of people could live and work away from Earth. It is planning to begin test flights with company pilots and engineers in 2018 that will be able to carry out its first set of missions – 11-minute space orbits aboard its six-passenger capsule, the New Shepard.

Similar to Elon Musk’s SpaceX rocket plans, the New Shepard will be a reusable rocket. SpaceX managed to successfully re-launch its rocket last week, in an unprecedented test. Despite the rivalry, Bezos was complimentary about Musk.

“The engineering approach is a little different, but we’re very like-minded, said Bezos.