This budget aims to provide all citizens with access to high-speed broadband and balance the opportunities between rural areas and metropolitan areas. This fund will support achieving the Austrian national broadband strategy ‘Breitband Strategy 2030’ targets, which aim to provide nationwide gigabit-capable broadband connectivity by 2030. 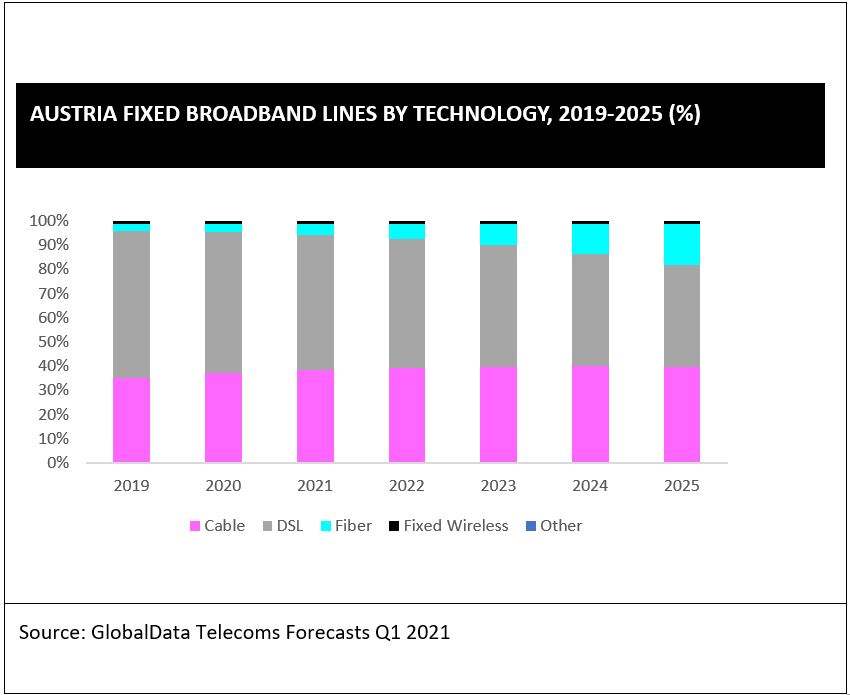 In 2020, circa 90% of Austrian households were supplied with fixed broadband that delivers speeds of more than 30Mbps. Broadband connections with speeds over 100Mbps were available to 80% of households and 43% of households had access to a 1Gbps Internet connection.