It’s National Pie Week in the UK and to celebrate Verdict has rounded up some of the nation’s finest pies.

So how do you define UK’s best pies? Well, we let professional Michelin-star connoisseur, Andy Hayler define them for us. Because if anyone knows what’s good, it’ll be him.

We scoured Hayler’s database, searching for every reference to the word pie. We narrowed it down even further to include only well-reviewed pies (or at least pies that weren’t totally lambasted). Finally, we checked each of the restaurants to see if these well-received pies were still on the menu.

Hayler’s reviews date back to the early 2000s, so many restaurants have updated their menus since then.

Eventually, we came up with a selection of 15 of the best pies in the UK.

Below you’ll find where to get them, links to Hayler’s reviews, and his description of each of his favourite pies.

If that doesn’t sate your appetite, scroll down to the bottom of the list for any good pie deals that are going on this week too. 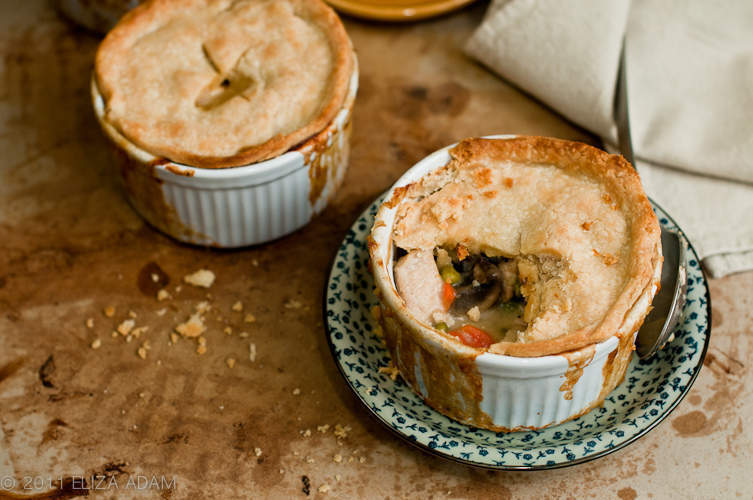 “Chicken, leek, ham hock and tarragon pie was decent. The pastry topping reasonably delicate and the pie having plenty of meat filing, though the tarragon flavour was subtle to the point of shyness (12/20).”

“This restaurant has a reputation for its pies, but I confess to being rather disappointed by the steak and mushroom pie here (£14.85). Its advantage was that it had good quality steak, so this was clearly a cut above the usual pub fare. But the suet crust was heavy and stodgy, and the seasoning of the contents was very strong, particularly heavy on the pepper.  Personally I prefer pastry to a suet crust on a pie anyway, but I just found the pie rather ordinary; I have eaten much better pies than this (such as at The Royal Oak).  Perhaps I should have gone for the steak and kidney pie instead (12/20).”

“The pie tonight was guinea fowl rather than the long-standing rabbit and bacon one, but it was equally lovely: excellent pastry, plenty of tender meat and topped with gravy (15/20).”

“I also enjoyed a pie of duck and pheasant, which had a generous amount of tender meat, nice pastry topping and in this case good seasoning (14/20). This was served with mash, and I also ordered some cabbage and carrots, which were properly cooked but again seemed under-seasoned to me (13/20).”

“For main course, fish pie had a variety of seafood including smoked haddock and salmon with a potato crust with cheese and breadcrumbs, and a salad of prawns, leaves, dill, croutons and fennel. There was a creamy sauce inside the pie to accompany the fish, and the balance of the dish was good, the fish having plenty of flavour, seasoning spot on. There was also an excellent Parmesan tuile that was not the most delicate I have tasted but was bursting with cheese flavour (16/20).”

“Cow pie (£14.50) was served with buttered green cabbage. This was another deceptively simple dish. The suet pastry was extremely good, better than other versions I have tried at places that specialise in it… The beef brisket was very tender, cooked with onions, mushrooms, ale and plenty of thyme, with bone marrow in the middle with a persillade stuffing. Seasoning was spot on, the overall effect excellent… (16/20)… The cow pie is very large and could easily be shared between two, but it is so addictively lovely that it is tempting to just keep eating. A prince amongst pies.”

“Chicken pie (£14.95) was made with Norfolk chicken and leeks, and had a good pastry top; the chicken was nicely cooked and the filling well-seasoned, a good pie (13/20).”

“A game pie was very good indeed, made from scratch in the pub, with decent pastry and a rich filling including venison and wild boar (14/20).”

“Venison steak pie was served on a bed of mash with a little gravy, and although it could have been presented more attractively, the venison had pleasant flavour, nicely seasoned (13/20).”

“My “shintail” pie (£14.50) with bone marrow and summer greens had bought-in puff pastry that was too flaky, but the pie itself had quite tender meat and reasonable seasoning.” 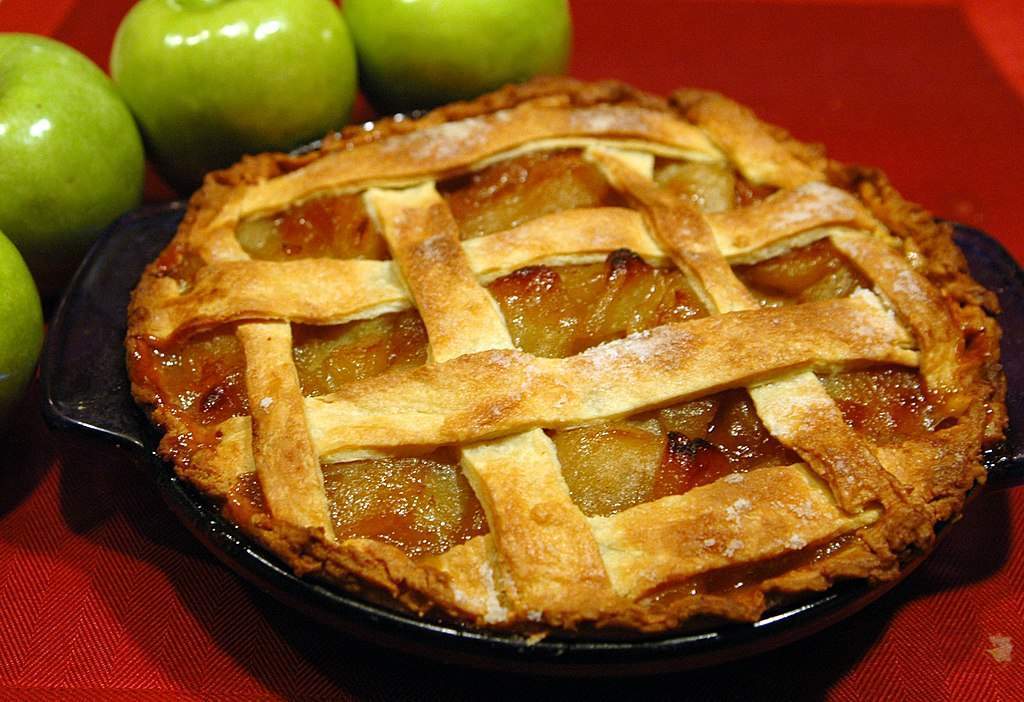 “Apple pie was made in the kitchen from scratch (including the pastry) and used a mix of Bramley and Braeburn apples. Served with vanilla ice cream bought in from Ice Cream Union in south east London. The pastry was fine and although the filling was rather mushy it had a reasonable level of acidity (13/20).”

“Apple pie was made with Bramleys, which were suitably sharp, along with sultanas. The pastry was good, though there could have been more filling relative to pastry, and a bit more apple. Nonetheless this was a very good apple pie (14/20).”

“Apple pie was made using Bramley apples that had sufficient tartness to balance the pastry, and the vanilla ice cream on the side had plenty of flavour (14/20).” 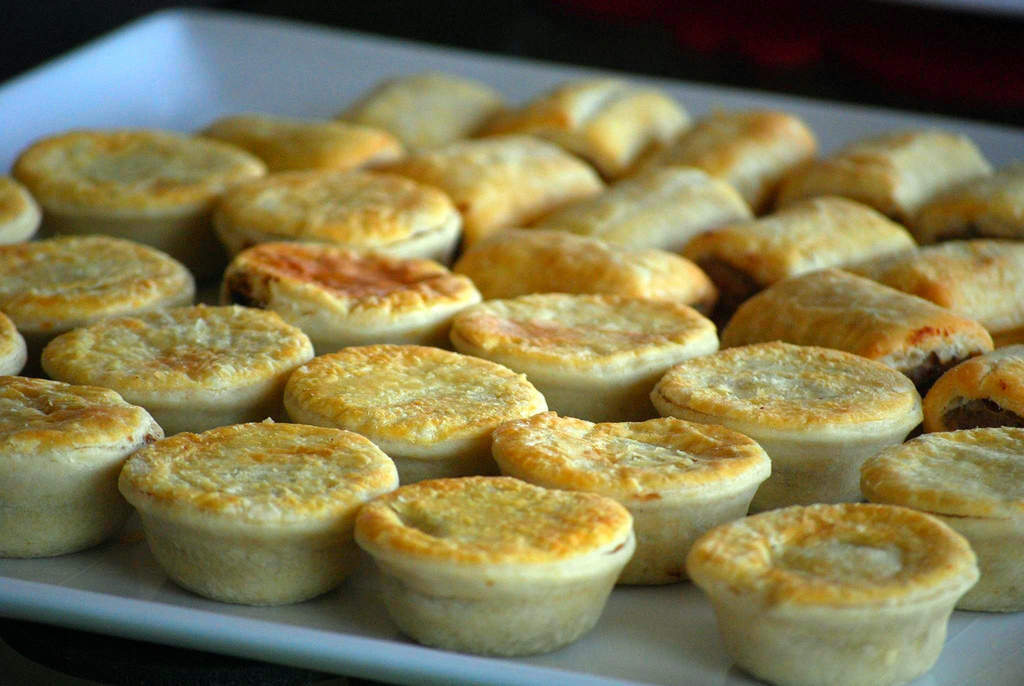 If all this talk of pies has made you peckish for pie of your own, have no fear. Here’s a few of the best offers, discounts, and deals on pies at venues across the UK:

It’s also worth asking about deals if you do happen to find yourself in a pie shop this week.