The European Union (EU) is taking steps to accelerate fixed broadband adoption by setting targets to all member states as a part of its Europe 2020 strategy.

The next milestone is to deliver 100Mbps speeds to the entire population and 1Gbps to 50% of households by 2025. Countries outside of the EU are adopting similar targets to stay competitive.

Telecom operators are not only deploying new fixed infrastructure but are also upgrading existing broadband networks by migrating from ADSL to VDSL2 and G.Fast technologies or from HFC to DOCSIS 3.0.

In sparsely populated areas, where the business case for fixed wireline broadband cannot be made due to high CAPEX costs and time to develop, telcos often use 5G fixed wireless access (FWA) as a financially viable alternative. 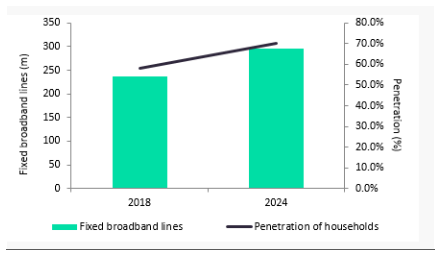