A few years ago, the concept of cell-based meat, sometimes dubbed lab-grown meat, was introduced to the world for the first time, promising environmental and animal welfare benefits that could produce a revolution in food. But as exciting as cell-based meat was and still is, the issue of commercialisation remains a challenge.

Involving growing meat from animal cells in a bioreactor, the approach typically takes between 4-6 weeks to produce table-ready food that resembles products one would buy from a supermarket. And from the initial idea, a rapidly growing industry has emerged that is attracting considerable investment and optimism about the prospects for food production.

One key name within the space is Memphis Meats, a US-based startup that has attracted investment from a host of big names, including SoftBank Group, Bill Gates and Richard Branson, with total funding to-date topping $180m.

Currently creating cell-based chicken, duck and beef, Memphis Meats has all the science in place, but is now faced with the challenge of scaling up from small bioreactors, to produce meat in quantities where it can be enjoyed on a commercial scale. And this is by no means an easy challenge.

“The average person in the US eats roughly 200 pounds of meat a year. When most of us are making our meat in our process today, it’s not so hard to think about making that much. But in the US, we produce approximately 100 billion pounds of meat, beef, pork and poultry every year.”

Carswell explains that this is equivalent to 1,000 air craft carriers each year, so if cell-based meat is to account for just 1% of the US market, it will need to produce “the equivalent of 10 aircraft carriers worth of meat from our processes every year”.

“That is massive. The point is that the food industry operates at huge scale, but there’s plenty of space for new players like Memphis Meats and others. And so basically, but when we’re thinking about our processes, we have to be aiming large.”

At present, Memphis Meats is working with a pilot plant that Carswell says “will be our launching pad into commercialisation”.

However, she warns that while this is “a tremendously exciting step to be taking, those first commercial moments will invite public scrutiny and questions on a global scale”.

Addressing an audience largely made up of members of the nascent cell-based meat industry, she warns that “as an industry, we all need to be ready to answer them”.

“Questions like: is it safe? Is it meat? How much does it cost? How much can you make? And is it delicious?” she says.

“We’re all going to be engaging with the public in a much more direct way. And they’re going to demand some degree of transparency about how their food gets to the plate.”

There will also, she says, be similar engagement challenges both with investors and regulators, with the former looking to see a healthy return on their fairly significant investments, while the latter will be seeking to ensure safety while building a new framework of legislation around this previously unparalleled area.

“As we established this new paradigm and reach agreement on appropriate risks and controls, we need to be ready to tell the story of cell-based meat with data and evidence of a safe, delicious product from an emerging industry,” she says.

“It’s economically viable and ready to grow. As an industry, we all stand to benefit together when we do these things effectively.” 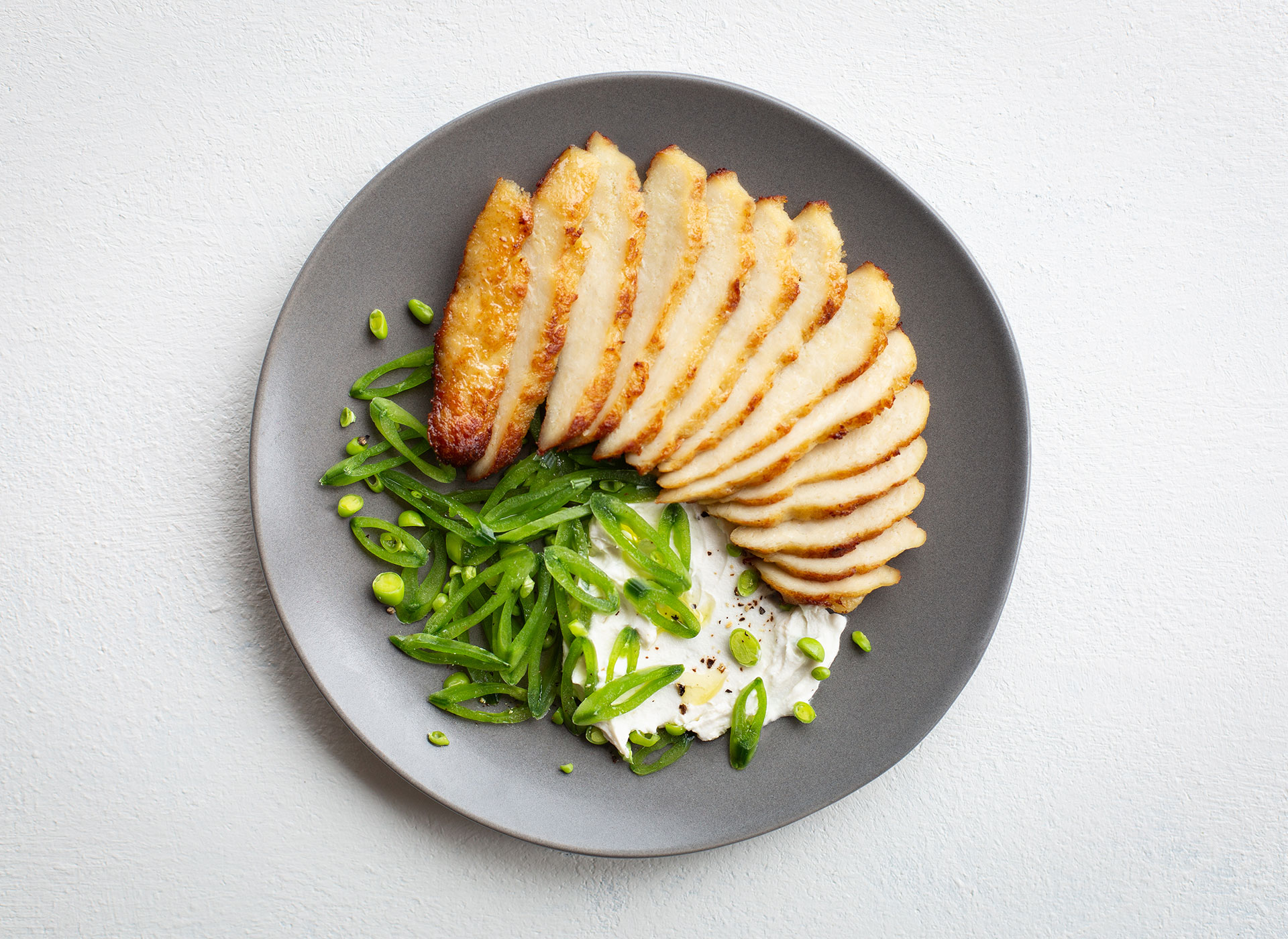 As significant as commercialisation of cell-based meat will be, there are still a host of challenges to overcome to get it to that stage, covering four entirely different areas that all present problems the industry needs to solve.

“I’ll admit, it can feel a bit overwhelming at times to be tackling all these things at once,” says Carswell, “but at the same time, we can’t see getting to commercialisation without them.”

The first of these is scalable processes – the area that is probably most widely discussed when it comes to bringing cell-based meats to market. Essentially, this means developing methods that can be used to produce meat at ever-greater scales without a loss of consistency.

“Our production platforms must be both technically robust, meaning consistent product run after run after run,” she says.

“And they must demonstrate massively scalable principles to be relevant for food production.”

This not only means the precise production method – which varies significantly by company, particularly given that what is being produced is not one single tissue type, but a blend of muscle and fat cells – but also the supporting supply chain of raw materials, including amino acids.

“To get the raw materials we need to produce meaningful amounts of meat, supply chains must be ready to adapt, and in some cases grow with us,” says Carswell.

However, just as important is costs, because while pilot production does not have to be profitable, the economics do need to work at scale where there is “a clear path to profit at scale”.

“Our economics have to make sense for the return on capital that’s needed for this industry,” she explains. “And for those of you who’ve been on the fundraising circuit, the degree of scrutiny of techno-economic modelling is intense.”

Here the ultimate goal is to produce meat that is comparable in cost to the consumer as traditional farm-grown alternatives, and this is a very different challenge to what has faced other cell-based productions, such as those used in the pharmaceutical industry, in the past.

She argues that in the past, cell culture media “has been used to produce very high dollar value products”.

As a result, most of the standard ingredients are packaged and priced with this in mind, with Carswell giving the example of one commonly used recombinant protein costing $800,000 when purchased through a lab supplier. By contrast, similar enzymes used in laundry detergents – which she points out are also “proteins made recombinantly” – cost just $10 a kilogram.

As a result, there is a specific need – and potential – to develop alternative ingredients that are functionally, regulatorily and financially appropriate for cell-based meats. And once the material challenge is overcome, it is also important that processes are efficient as possible.

“We need to find clever process solutions and cell feed formulations to ensure that we’re translating our raw materials into meat in the most cost-effective ways.” 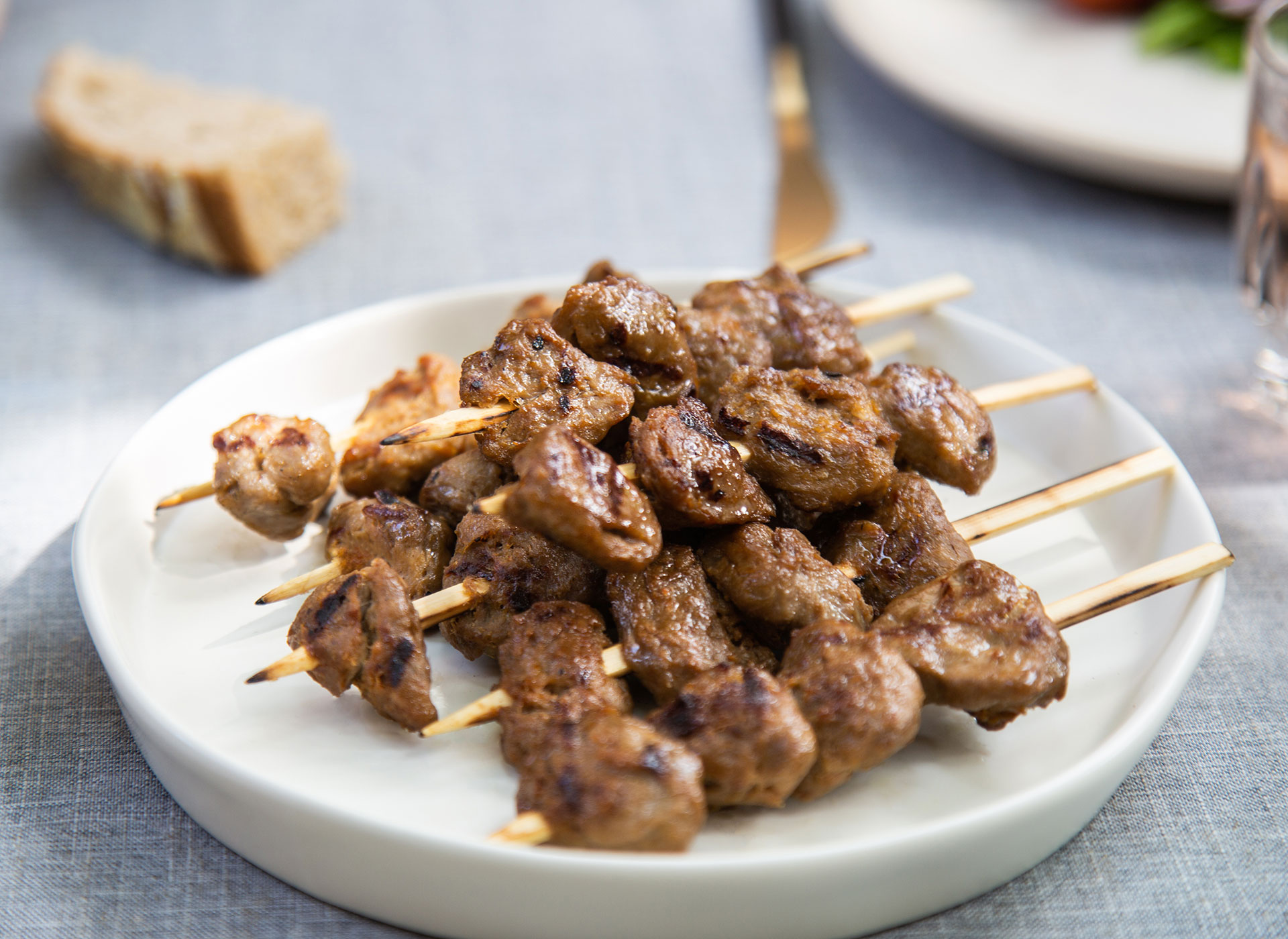 Of course, just as important is ensuring that suitable regulations are in place to ensure that when cell-based meats are ready for commercialisation, they will be allowed to be sold to consumers.

And here Memphis Meats is already laying the groundwork in the US, having begun to work with the Food and Drug Administration (FDA) and the United States Department of Agriculture (USDA).

“We started these conversations early with the agencies, and we continue to be impressed with the engagement, urgency and willingness to learn by both FDA and USDA,” says Carswell.

“They of course, understand that regulation of our products is a partnership where we work together as we define and characterise our products, our processes and our facilities. And we understand that we all benefit from the work that FDA and USDA do to ensure a safe food supply in this company in this country and the value that has to our customers.”

As part of the North American Meat Institute, Memphis Meats has also advised the two agencies on how to split regulation of the nascent industry, with the FDA handling lab-grown seafood and the cultivation process, while the USDA handles cell-based meat and poultry.

However, there are still steps to resolve. US regulators need to determine safety of all products and processes, establish an inspection regimen of facilities and establish labelling standards that organisations will have to comply with. And while this focuses specifically on the US, processes will be similar in other countries.

In order to support this process, seven US cell-based meat companies have formed the Alliance for Meat, Poultry and Seafood Innovation to ensure all of these steps are undertaken properly, and to protect the safety of the industry as a whole.

“We owe it to each other as a group of people trying to make a better future,” says Carswell.

“If we don’t ensure we’re putting out a safe product, it couldn’t set the entire industry back significantly.”

Finally, with all other steps in place there is still the challenge of getting consumers to embrace cell-based meat, and be happy to eat it as part of their diets.

“It doesn’t matter how efficient or cost-effective our technologies are, or how smoothly the regulatory path functions if nobody’s interested in the products,” says Carswell, adding that the company is “starting out with a huge baseline of support”.

“Research suggests that roughly two-thirds of US consumers would eat cell-based meat and many of those consumers are already planning on eating it regularly,” she explains.

“Massive segments of the population in countries throughout the world are hungry for cell-based meat.”

Perhaps more importantly, the public is increasingly aware of cell-based, and is demonstrating increased enthusiasm as it gains greater knowledge.

“The more consumers know about cell-based meat, the more enthusiastic they are,” she says.

“This means that our job from a communications perspective is in part to get those conversations started and clear up any misinformation as it arises.”

For Memphis Meats, the strategy is to provide regular and consistent communication, although in the long run Carswell acknowledges that the vital element for the entire industry is “to make delicious products”.

“People buy food that they love, and that they want to eat and share with family and friends,” she says.

“Meat is part of the story of human evolution. And it’s an intrinsic part of many cultures and traditions.

“If we want a place at that table, it has to be delicious.”