Low and negative returns on bonds have impacted real returns and preferences of German investors.

Being regarded as a safe investment in times of uncertainty, bonds tend to have a negative correlation to GDP.

However, despite the turbulent economic environment in Germany and the wider region, this asset class has had little appeal to investors considering its low and negative yields. 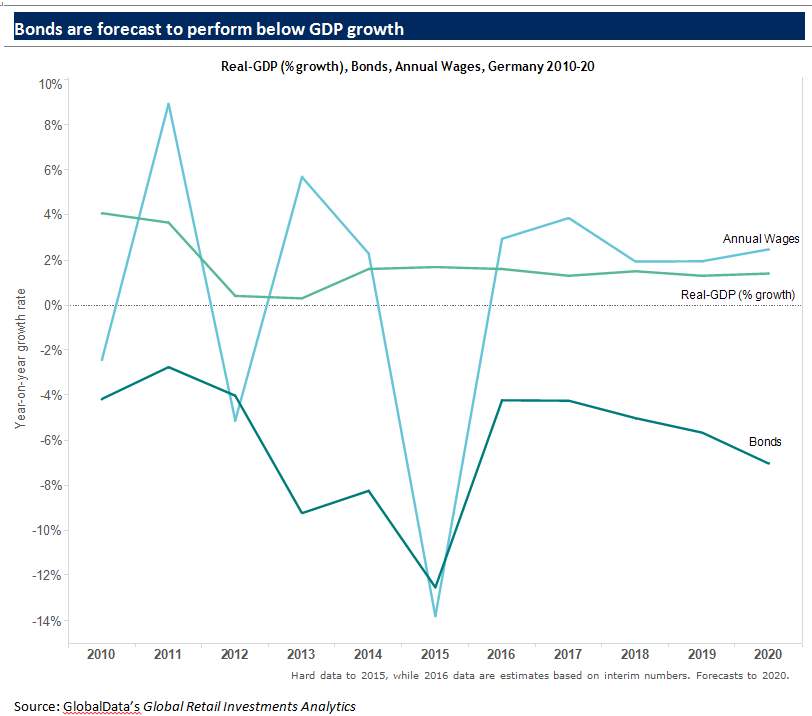 With the European Union hovering on the brink of deflation, the European Central Bank announced a further extensive quantitative easing (QE) scheme in March 2016, which has further impacted this asset class. The current QE program is due to continue until December 2017.

As a result of continued poor yields, retail investor preferences are unlikely to change over the coming years.

Bond holdings are expected to record a negative compound annual growth rate of 5.2 percent between 2016 and 2020.

Defaults and insolvencies in Germany’s SME corporate bond market (Mittelstand) have even brought this once growing area of the market to a standstill.

Complaints over a lack of transparency and disclosure are also leading to an overhaul of this sector.

Covid-19: Year of the pandemic impacts IoT deployment trends in 2020

How Entel will boost fiber optic fixed broadband in Bolivia

Consumer behavior will force companies to adapt to the WFH market