China is using state-sponsored social media influence to create a distorted positive image of itself to the West, according to security researchers.

Russia’s use of social media to undermine faith in Western democracy through the use of bots and troll farms has been well-documented. In 2017, the US intelligence community unanimously stated that Putin and the Russian Government interfered in the 2016 Presidential Election.

However, where Russia’s primary objective has been to sow division in the West, China has been engaged in a state-run public relations campaign to influence overseas perception.

Recorded Future, which specialises in real-time threat intelligence, says in its report that it believes China has been using state-sponsored media to carry out a coordinated campaign to “exploit the openness of American democratic society to insert an internationally distorted and biased narrative portraying a utopia view”.

It has done so by controlling the direction of state-controlled news outlets that disseminate content in English across social media platforms, such as Instagram and Facebook.

To come to these conclusions, the security firm analysed data from Western social media platforms from 1 October 2018 to 22 February 2019.

It found that, unlike Russia’s use of bots and troll farms to spread hyperpartisan content from Western media outlets, China engages domestic publications to spread its narrative overseas. Recorded Future alleges that Chinese digital news services Xinhua and the People’s Daily present themselves as an independent wire service, such as Reuters, when in fact they are at the behest of the Chinese state.

These publications, boasting over one million followers on Instagram between them, shared “overwhelmingly positive” content, such as China’s scientific and technological achievements, the country’s natural beauty and portraying China favourably in global news. 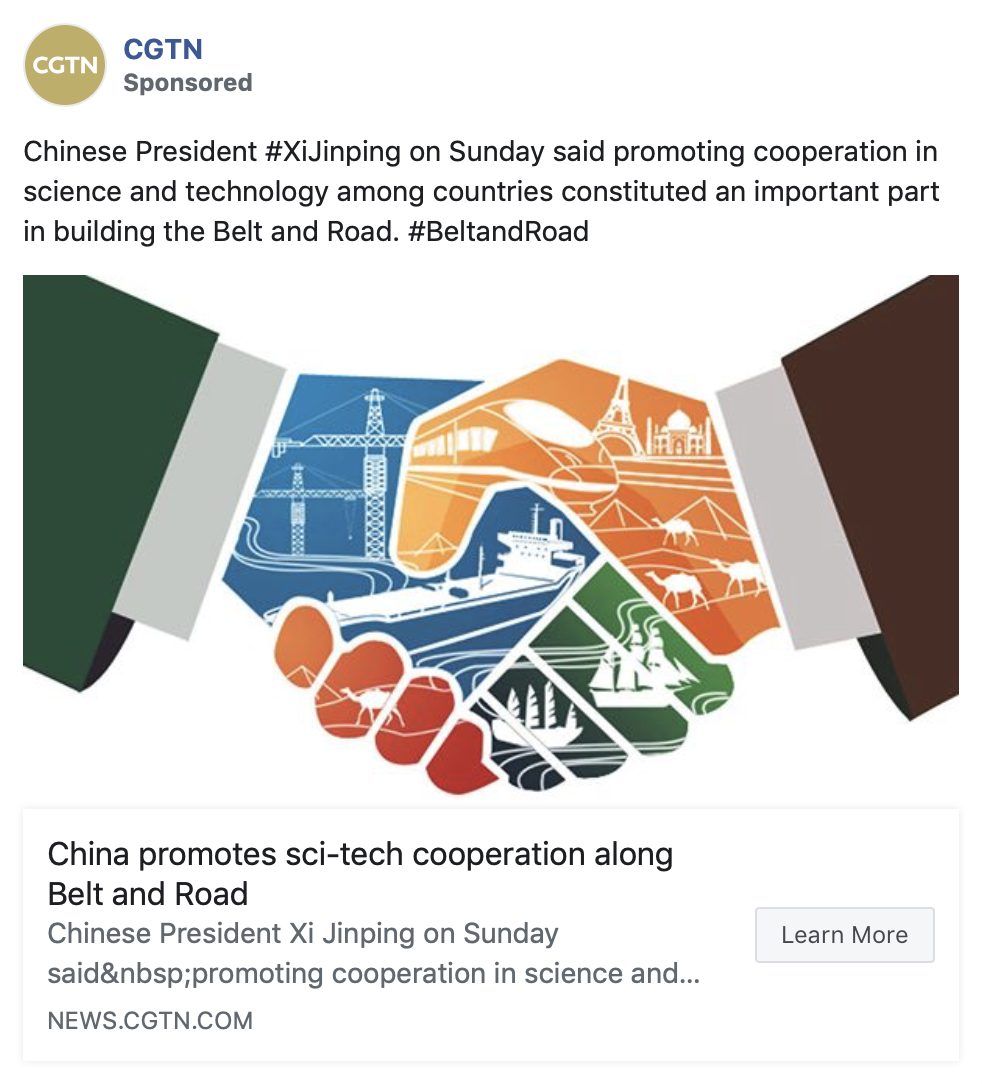 Other Chinese media outlets, such as Global Times, CGTN and CCTV were found to be spreading content that portrayed China in a positive light.

Using open source code to analyse the sentiment of posts, Recorded Future concluded that “on average, Chinese state-run influence accounts projected positive sentiment to platform users”. It says that this is “consistent with the strategic goal of portraying China’s development and rise as a positive and beneficial for the global community”.

Although the analysis showed China has ramped up its efforts on Instagram in recent years, Russian accounts post more frequently and receive far more engagement.

Xinhua also used sponsored posts to spread its message, with the ads further positioning itself as an independent news wire service.

The security team also found that Chinese state-run social media accounts “did not attempt a large-scale campaign to influence American voters” in the run-up to the 2018 midterm elections.

However, the Global Times was found to target Trump in relation to the US-China trade war.

Where the US intelligence community asserted that Russia aspired to help President-elect Trump and discredit Hillary Clinton, Chinese social media influence “largely did not express a preference for one candidate or party over another”.

And when US election content was disseminated, it was through Chinese publications as opposed to Russia’s approach of employing bots to spread hyperpartisan stories from US media outlets.

It also hires domestic social media users to engage in astroturfing, the practice of hiding the sponsor behind a message.

These techniques are “not viable” abroad, explaining China’s approach and showing how social media influence campaigns are “not a one-size-fits-all technique”.