Are you a Christmas Grinch or just looking to shake things up this Christmas?

Escape the carol singers, annoying relatives and post-Christmas clean-up and take a trip this festive season. With a little over a week still to go, there’s still plenty of time to book a last-minute break.

If you’re looking to celebrate Christmas away from home this year, here are a few Christmas getaways to consider: 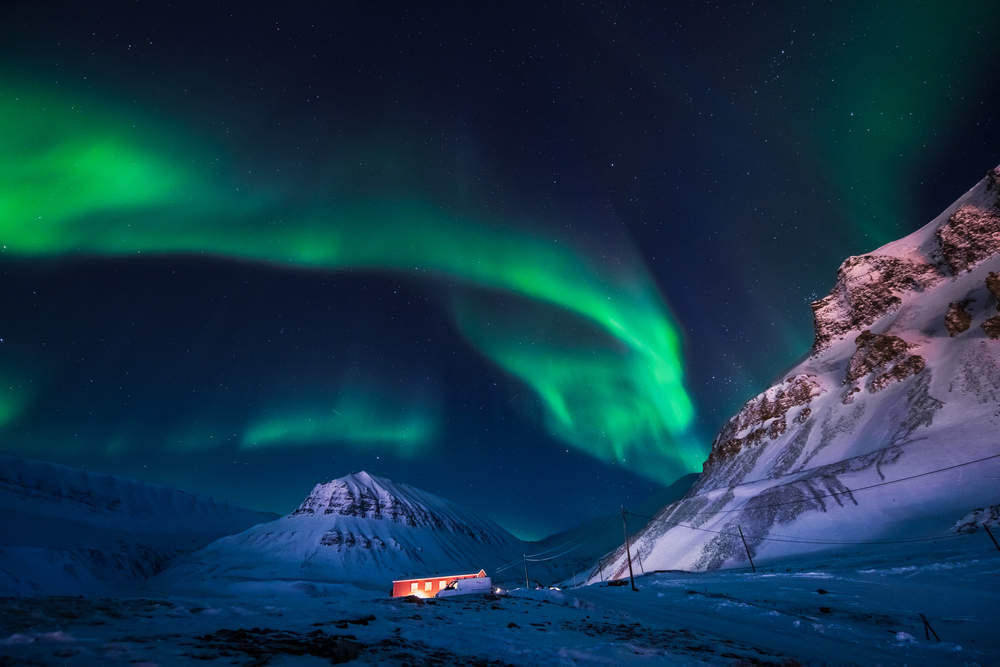 Spend Christmas under the Northern Lights in Norway.

While the northern region of Europe’s icy tip offers a decent chance of catching the sky’s natural light display, it’s never a certainty. Consider travelling to Svalbard to increase your chances.

Located midway between Norway and the North Pole, this Norwegian island is just about as close as you can get to the Arctic Circle’s centre. If you’re travelling with young ones, they will be happy to know that they’re one of Santa Claus’ first stops.

Also, as Svalbard sees no sunlight between November and January, you won’t need an excuse to stay in this Christmas.

Cabin in the woods – United Kingdom 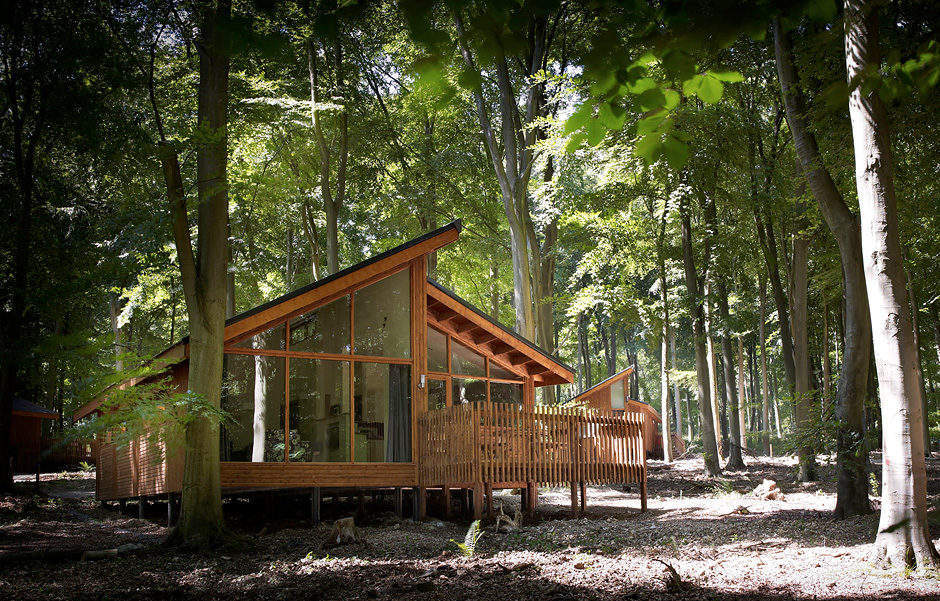 If you’re looking for somewhere to see out the Christmas period undisturbed, but don’t want to travel too far off of the grid, consider booking a log cabin retreat in one of the United Kingdom’s many forests.

Forest Holidays have cabins available throughout the festive period. These luxury cabins comes complete with hot tubs, log burners, Christmas trees and a beautiful view to marvel at while you unwrap your presents. With plenty of space between cabins, you won’t have to worry about somebody seeing you in your embarrassing reindeer onesie.

With cabins still available as far north as Scotland, the skies might even treat you to a white Christmas. 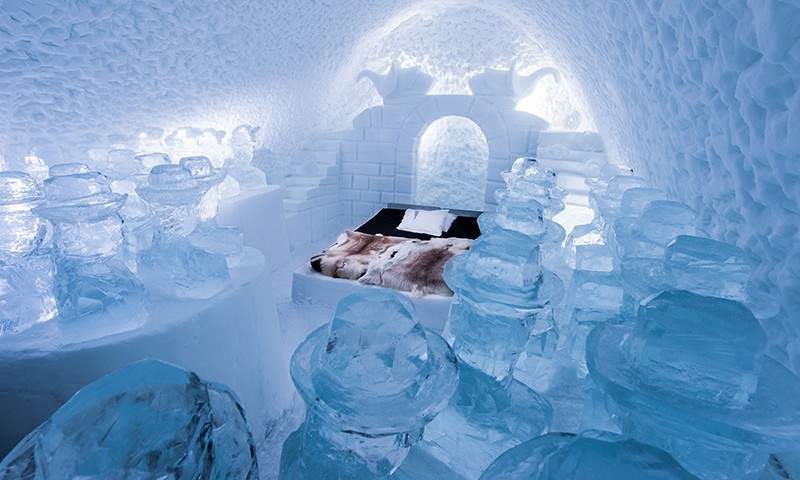 If you’re waiting for a but, there isn’t one. Rooms at Jukkasjarvi’s Ice Hotel hold at a temperature of -5 to -8 degrees Celsius. However, if breaking free from the sameness of Christmas is your goal, there’s no denying that this would be one that you remember.

Wrapped up in a thermal sleeping bag, sleep in a one-of-a-kind ice room, hand-carved by incredible international artists. If you get too cold, head over to the icehotel Lounge and restaurant to eat, drink and be merry with your fellow guests.

Christmas in the sunshine – Australia

If the very thought of sleeping inside a block of ice sends shivers down your spine, consider spending this Christmas in Australia’s summer sun.

Christmas falls just at the start of Australia’s summer, as temperatures climb above 30 degrees Celsius. Unsurprisingly, many Australians ditch the Christmas dinner and cosy sweaters for barbies in their bikinis.

On Bondi Beach, a popular part of Sydney’s coastline, up to 40,000 revellers spend the day celebrating in the sun. Often filled with backpackers from around the world, everyone is welcomed to celebrate Christmas the Australian way.

The hometown of Santa Claus – Finland 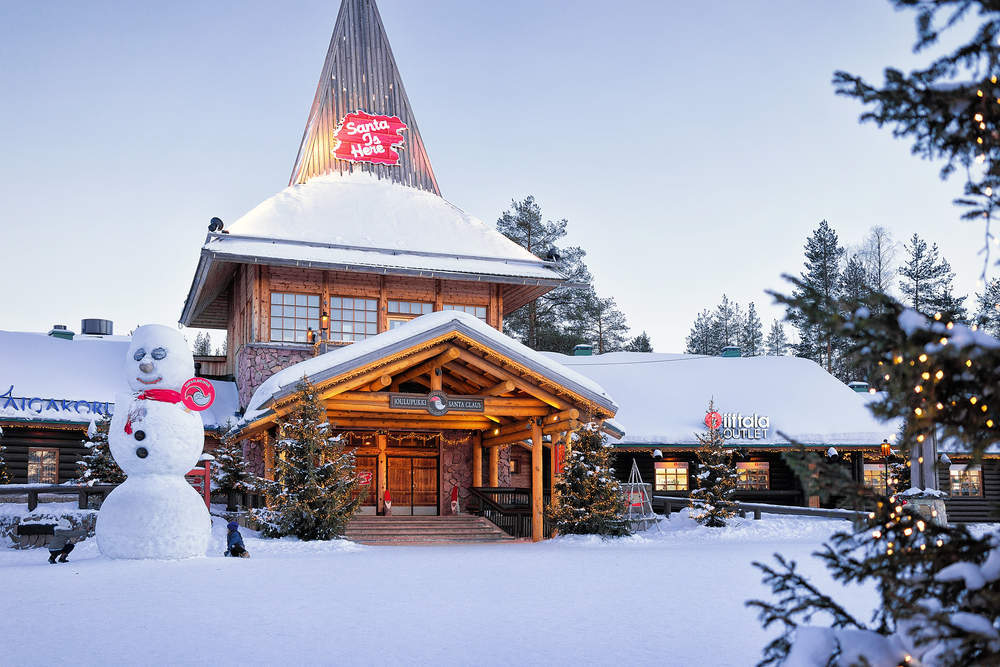 For those with young children, you’ll struggle to find a place that offers the magic of Christmas quite like Rovaniemi, Finland.

World War II razed the area. However, Finland rebuilt Lapland as the capital of Christmas and Rovaniemi was at the centre of their plans. Now officially recognised as the hometown of Santa Claus, Rovaniemi lives Christmas every day of the year.

On the outskirts of Rovaniemi is Santa Claus Village, home to (in Finland’s eyes, anyway) the real Santa. Tour around more than 50 Christmassy businesses, shops and restaurants by day and take to your igloo hotel room by night.