If last month was a bit of a content drought for UK Netflix, May is the part where viewers shrivel up and die.

To say there is little good content coming to UK Netflix in May is an overstatement of the highest order. There is notably less content than usual coming to Netflix in May and what is coming isn’t exactly high quality.

Prime Suspect, Cold Feet, and Men Behaving Badly are just a few of the series hitting the streaming service in May. These will surely be of interest to viewers over a certain age, but as for everyone else? Well, there’s always Love Island. Series one and two of ITV’s hit reality television competition are coming to Netflix.

In terms of movies, there’s little to nothing of interest. The best things we could find on this month’s list are a collection of good-but-not-great films such as The Social Network (timely), The Intern (charming), and Taxi Driver (which is genuinely good and probably doesn’t deserve to be lumped in with the other two.)

Still, in terms of Netflix Originals, there’s a few interesting bits and pieces.

Tina Fey’s hilarious comedy series Unbreakable Kimmy Schmidt is back for its fourth series. Only the first six episodes will be available and the other seven will be released later. In addition, topical comedy Dear White People is back for its second series.

For those who prefer drama, why not check out The Rain? This Scandinavian thriller sees two young siblings battling for survival after a virus wipes out most of the population.

There’s also the interesting-sounding documentary series Explained which promises to break down topical and timely issues that impact our lives. 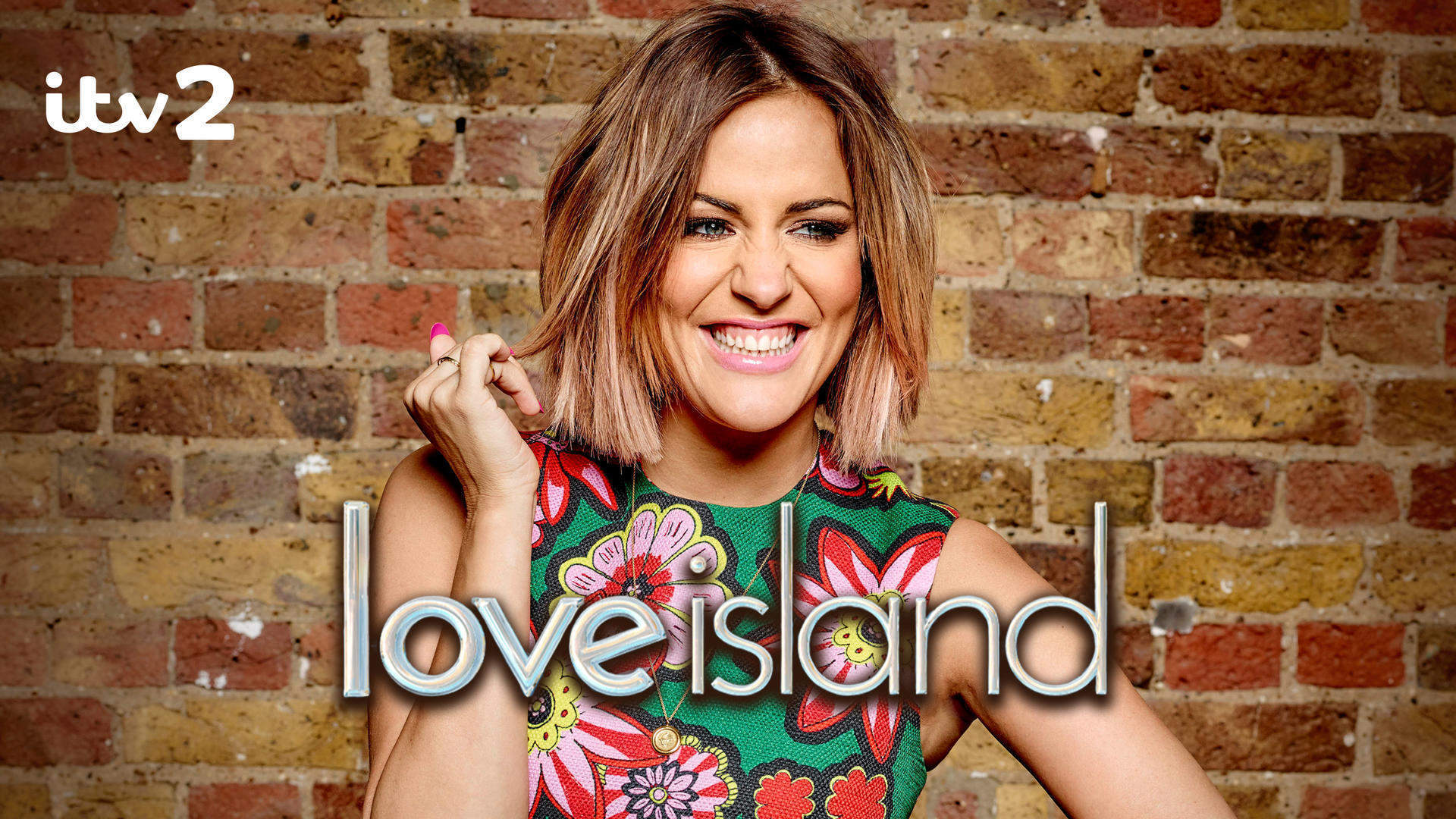 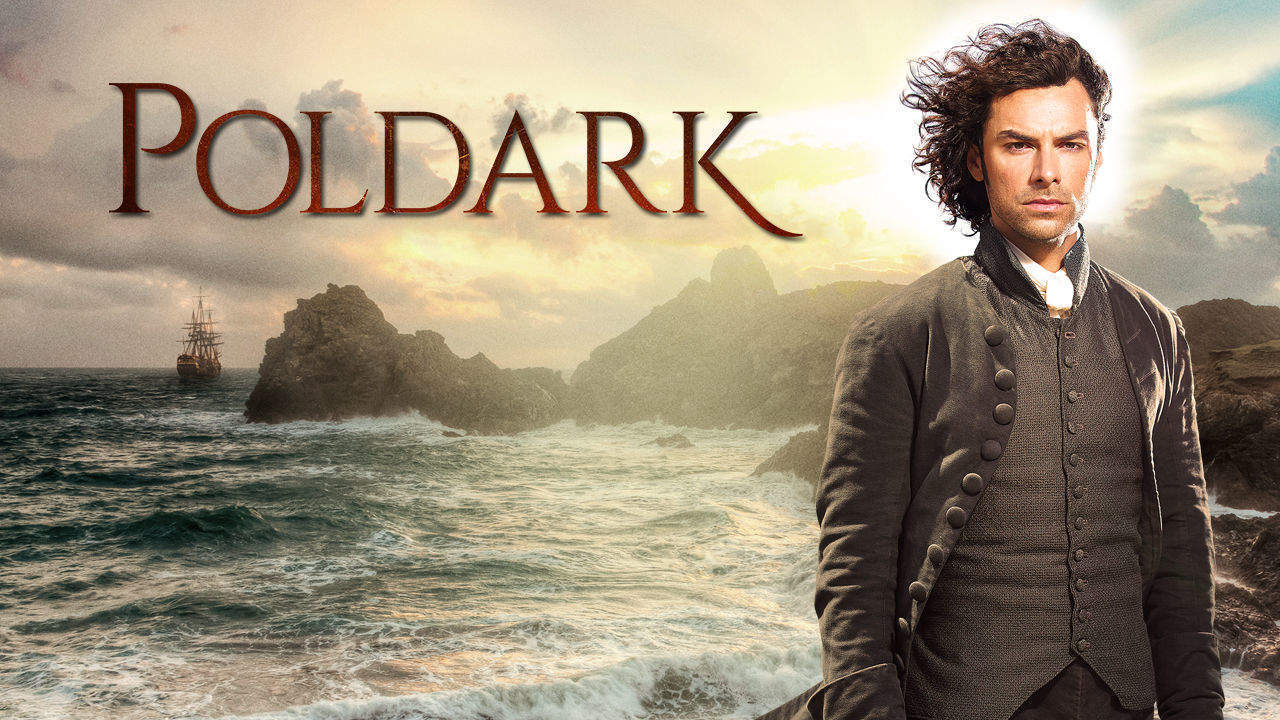 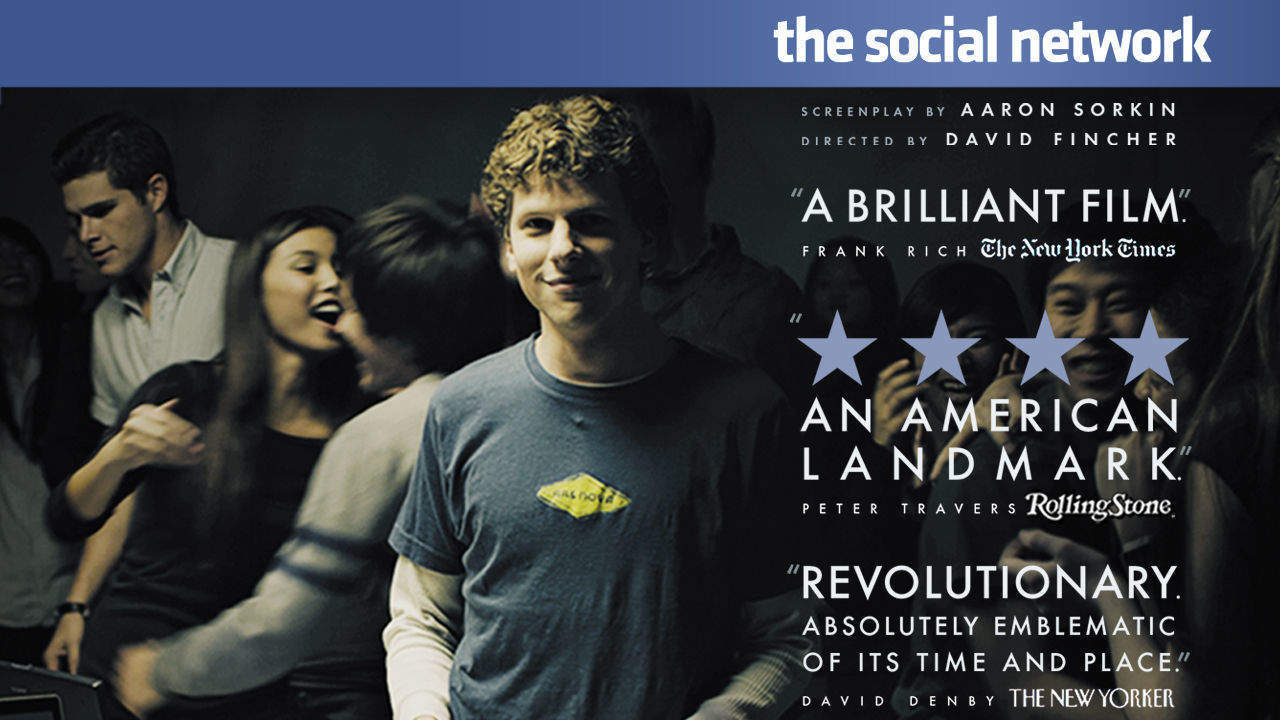 As mentioned above, the originals are pulling of the dead weight for Netflix this month. Check out the TV series we mentioned above and have a look at some of the interesting-sounding original films.

In this original unscripted series starring comedy legend Carol Burnett, kids dish out advice to celebrities and everyday people in front of a live audience. 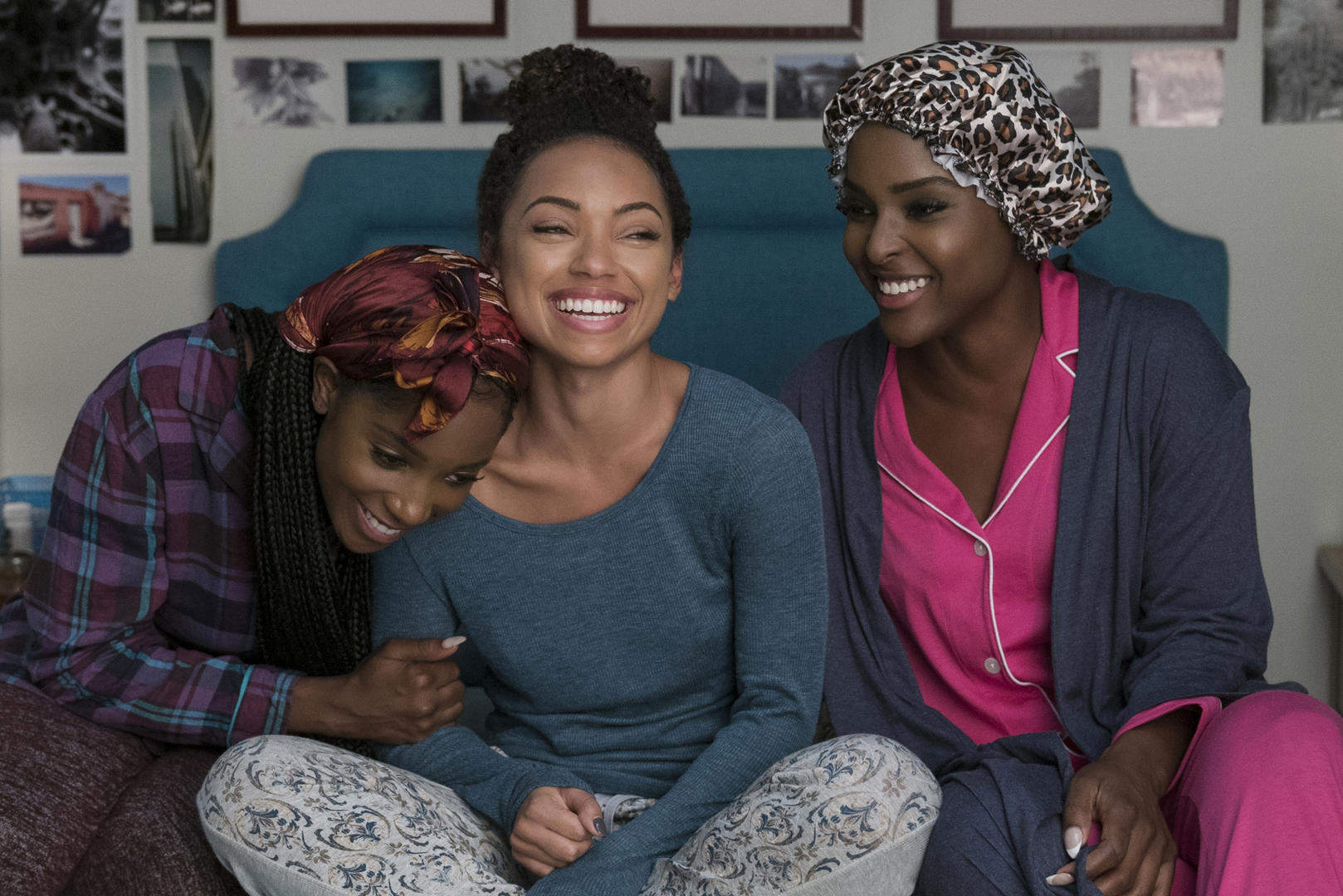 Tina Fey opens up about her family, the changing culture at “SNL” and the one moment she wishes she could take back. Plus, blues icon Buddy Guy.

After a brutal virus wipes out most of the population, two young siblings embark on a perilous search for safety. A Scandinavian thriller series.

Bill and his guests explore the future of food, the science of addiction and more in a new set of episodes of the Emmy-nominated series.

There’s an organization gathering espers for a nefarious purpose. Powerful psychic Mob, however, is just trying to be the protagonist of his own life.

Doron teams up with his old undercover unit when a militant who has targeted him for revenge also launches a more ambitious covert plan.

Kimmy gets a job at a tech startup, Titus pretends to have a TV show to impress Mikey, and Jacqueline starts a talent agency. 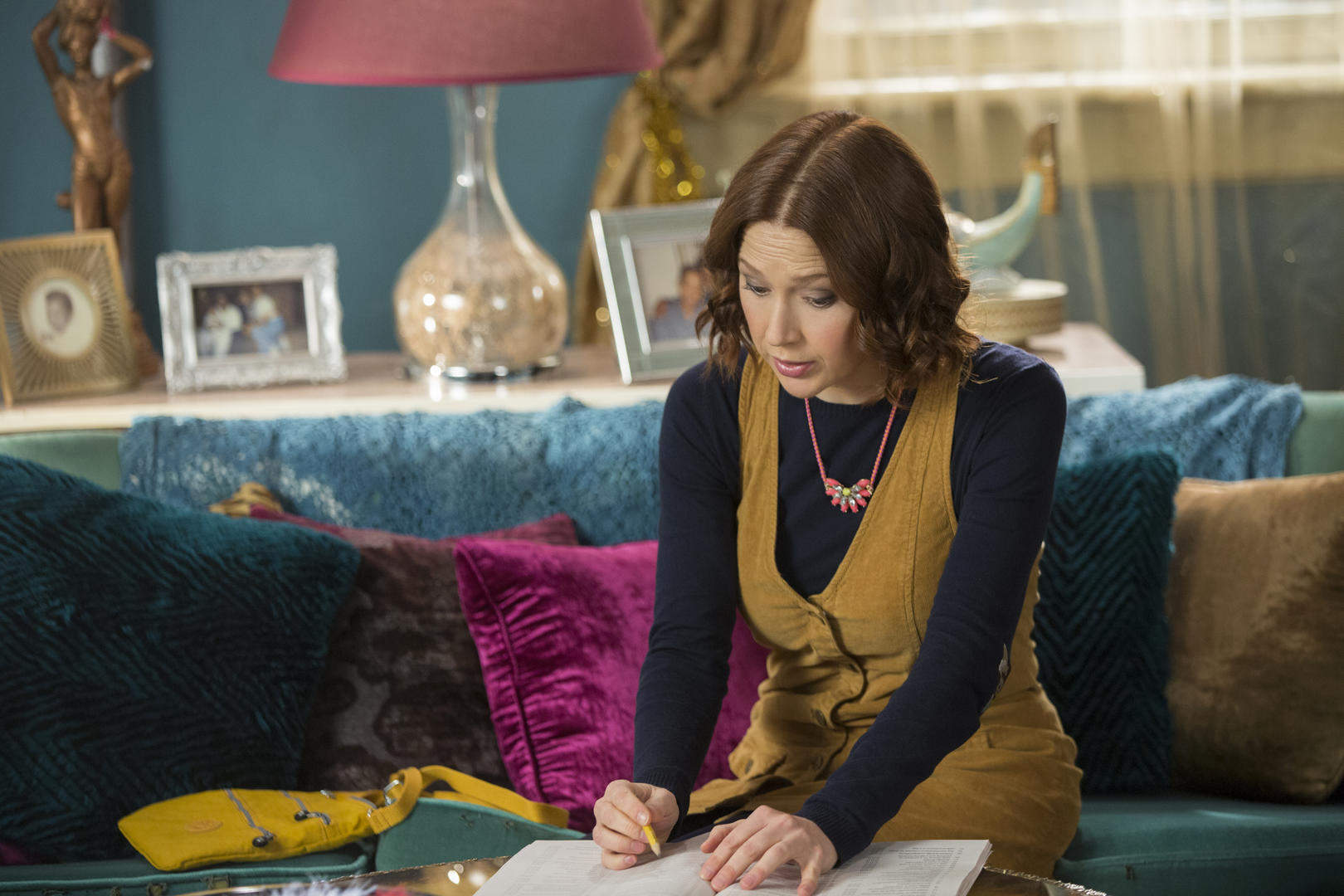 My Next Guest Needs No Introduction With David Letterman: Howard Stern (31/05/2018)

A hilarious panel of Korean entertainment icons team up with some of the biggest names in K-Drama in this madcap whodunit variety show. More “Keystone Cops” than “Sherlock Holmes,” each episode sees our cast of bumbling detectives solve a different mystery based on vignettes presented by famous Korean actors and comedians. An overarching plot unfolds throughout the series, and the tension mounts as the panel edges closer to the awful truth.

Michelle Wolf pokes fun at everything and everyone on her weekly show. Wolf has worked on “The Daily Show” and “Late Night with Seth Meyers.

Seven strangers anxiously waiting for their HIV test results decide to bribe the clinic receptionist to get them early, learning one is positive.

In a future where technology has rendered privacy obsolete, a detective investigates a serial assassin who has been deleted from all visual records.

A Chinese pharmaceutical lawyer framed for a vile crime teams up with a sharp-witted Japanese detective to stop a dangerous corporate plot.

Threatened by creditors, a newly unemployed man agrees to work for a debt collector, but soon discovers his deal with the devil has unexpected costs.

When teenager Elle’s first kiss leads to a forbidden romance with the hottest boy in high school, she risks her relationship with her best friend.

Stranded in rural Australia in the aftermath of a violent pandemic, an infected father desperately seeks a new home for his infant child, and a means to protect her from his own changing nature

A Johannesburg professor and his journalist wife find their relationship tested in new ways when a famous, hard-partying writer enters their lives.

When Harper’s two best friends tag along on her work trip to Barcelona, they ditch work and fly to Ibiza for Harper, who against her better judgement, falls for a hot DJ.

A woman embarks on a harrowing search for her missing sister that brings her into the depths of the treacherous, war-torn Congolese jungle.

In an eclectic one-man show, French superstar Dany Boon reflects on his homeland, his first comedy gig and the challenges of parenting hostile teens.

With his signature snark and razor-sharp wit, Mexican comedian Carlos Ballarta spotlights the absurdity of characters we encounter in every day life.

Pregnant again, Ali Wong returns in her second original stand-up comedy special and gets real on why having kids is not all it’s cracked up to be.

Comedy icons Steve Martin and Martin Short team up for musical sketches and conversations about their legendary lives in show business and stand-up.

Directed by Academy Award winning filmmakers Rob Epstein and Jeffrey Friedman, End Game is an intimate vérité style documentary short that follows visionary medical practitioners who are working on the cutting edge of life and death — and dedicated to changing our thinking about both.

This docuseries investigates the true story of a pizza delivery man who robbed a bank, then was killed by a bomb fastened around his neck.

This series spotlights topical and timely issues that impact our lives — from the gender wage gap to geopolitical politics.

Lukas and friends explore a lost world full of prehistoric beasts, uncover clues to Kong’s past and race to stop a robot uprising led by Botila.

Inspired by the Oscar® nominated film Spirit: Stallion of the Cimarron, Spirit Riding Free follows the heartfelt journey of a wild mustang who could not be tamed. A whole new generation will experience all the daring adventures when Spirit meets a girl named Lucky whose courage matches his own. Together they push limits, harness the power of friendship and discover what it means to be free. With their best friends by their side, they explore a world filled with endless rides, magnificent horses and never-ending fun.

A live-action sketch comedy show for kids starring the greatest names in history. Based on the best-selling book series.

The fate of both trolls and humans hangs in the balance as the final chapter begins. Will Gunmar succeed in shrouding the world in darkness?