When it comes to plastic’s role in sustainable packaging, there is only so far that recycling can go.

According to the World Economic Forum, over four decades after the recycling symbol was first launched on packaging, only 5% of plastic is actually recycled. This is in part due to the fact that the vast majority, 86%, are never collected for recycling in the first place, but there is also the issue that almost two-thirds of plastics that are collected cannot be recycled.

“It’s a system that we have been working on for years, and years, and years now. And those are those are the rates that the world has achieved. So obviously, that doesn’t work,” says Daphna Nissenbaum, CEO and co-founder of TIPA, during at talk at online technology conference Collision from Home.

“There are packages that can be recycled, and let’s recycle them. But there’s a lot that cannot be recycled. And let’s open our eyes and understand that we need to change materials.”

This is something that Nissenbaum’s company TIPA is focused on. Founded in 2010, TIPA develops packaging materials with a strong resemblance to packaging, but with one important difference: they are compostable in the same way as organic waste.

And as many brands, organisations and governments look to rebuild the economy with a more environmental focus in the post-Covid world, Nissenbaum believes that this type of material has a powerful role to play.

“When you switch materials, for example, to compostable materials, eventually, the materials that we use for packaging can turn into soil. So instead of making a damage in the world, it actually benefits the soil,” she says.

“So I think eventually the solution is changing the source of the problem, which is the plastic that lasts forever.”

TIPA’s range of compostable packaging was initially developed with inspiration from orange peel, after Nissenbaum became frustrated with what was happening to the plastic in her children’s lunchboxes.

“I got the idea from arguing with my kids about what they do with the plastic packaging they used to take to school. I got inspiration from nature. So one day, I just made a connection between those two,” she says.

Over the last ten years this has evolved into a broad selection of packaging solutions for dry food, fresh produce and fashion.

TIPA packaging can be found wrapped around bananas in leading supermarkets such as Waitrose; serving as pouches for dry goods such as those from drinks brand Pukka and protecting garments from leading fashion brands including Stella McCartney.

“We offer flexible packaging solutions. Those are all the soft packages that you can think of in the supermarket or in mailing etc. And our plan is to provide solutions to all their packaging segments, mainly in the food industry, and also in other industries like the fashion industry,” she says.

“To spread our solutions worldwide, we are collaborating with players in the market; that’s what we have already started doing. We have many important clients in Europe, like in the UK, in France, in the Netherlands, etc. We also have collaborations in the US and in Australia.”

However, with plastic still dominating the market, TIPA has considerable ambitions for further expansion.

“Our goal is to speed up with spreading our solutions worldwide, offering packaging solutions and taking companies forward into a sustainable future.” 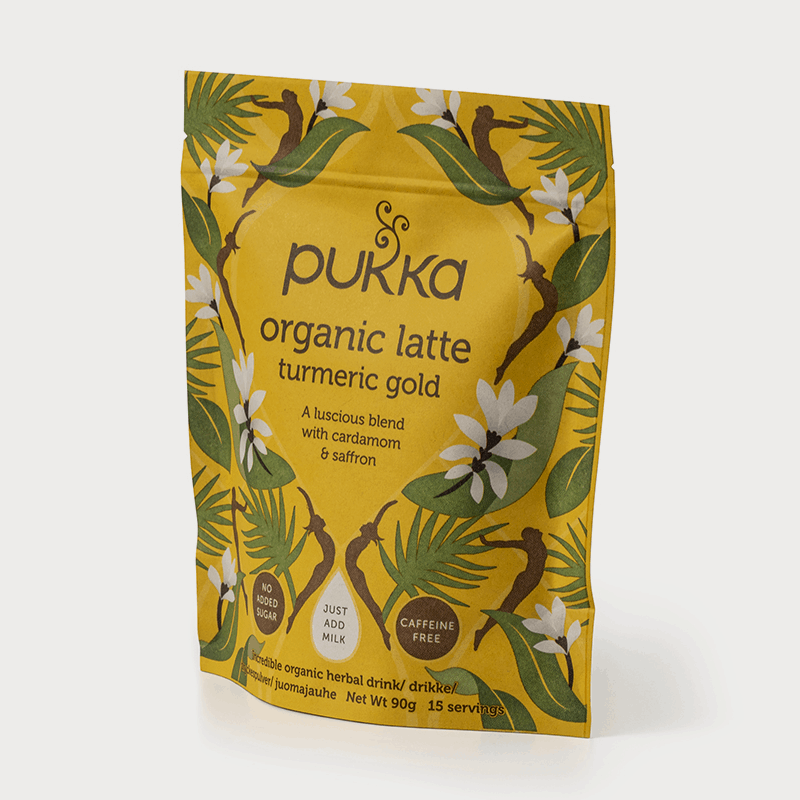 Pukka is among the dry foods brands that use TIPA’s compostable packaging.

While much of the company’s future expansion will involve Nissenbaum building further partnerships with brands, and continuing to make the case for post-plastic packaging, she does see governments playing a key role in ending the use of plastic.

“I think that governments have a unique or very important role here. Because they have to legislate towards the benefit of the world and encourage innovation, encourage new materials and encourage using other solutions then conventional plastic,” she says.

However, she recognises that those with vested interests in the plastic industry will offer resistance.

“There’s a very strong lobby coming from the fuel companies. But governments really have to take leadership here,” she says.

However, he sees growing public demand for plastic alternatives ultimately being a powerful force for change.

“The good thing that we see is that the pressure comes from the end consumer. And the end consumers and societies are playing a very important role here in changing the future, because they don’t want to see any more plastic around the world,” she says.

“So I think if governments take the steps and consumers continue to shout their voices and say what they need, what they want to see in this world, I think then we’ll see [a change] faster than, than anticipated.”