More than a third of all card payments in the UK are now contactless, according to figures published by trade association UK Finance.

Thirty-three percent of all spending on plastic was settled with just a tap instead of swiping or entering a pin number, almost double that of last year’s 18 percent.

More generally, card spending increased at an annual rate of seven percent in May 2017, the highest in 15 months.

The total number of card payments grew by 12 percent over the last twelve months — the highest rate since June 2008, while purchases online increased by 19 percent and contactless payments by 148 percent. 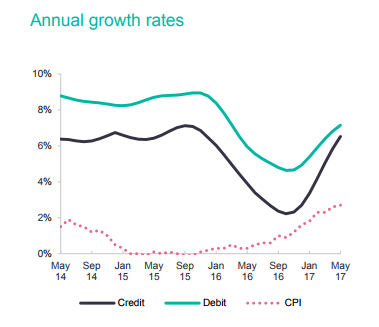 There was a marked rise in travel-related purchases — transactions at foreign currency exchanges and airport terminals.

The strongest monthly increase in spending was recorded at pest control merchants. 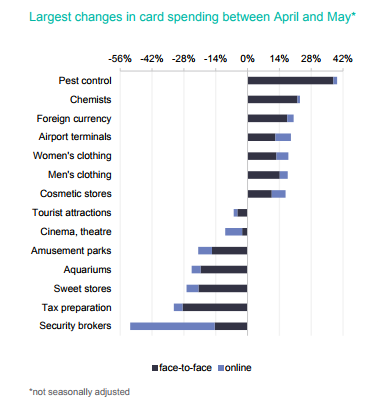 With one in three card payments now contactless, it is clear consumers value the speed and convenience of this way to pay. Card payments continue to grow at a faster pace than spending generally, a trend we predict is going to continue.

UK Finance represents 300 providers in the payments-related and banking services sector across the country.