As the prime minister who called the EU referendum, the shadow of Brexit will loom over David Cameron’s career in the history books.

David Cameron pledged to hold a Brexit Referendum by 2017 in his 2015 General Election manifesto. This pledge was a direct response to the 2014 success of pro-Brexit party UKIP in the European Parliament elections, as Guardian columnist Martin Kettle wrote that shortly after Cameron’s resignation.

In those elections, the United Kingdom Independence Party (Ukip) had gained 11 seats in the European parliament while the Conservatives had lost seven.

Cameron was concerned by the growing EU scepticism in his own party. This was compounded after receiving a letter signed 100 of his own MPs in 2012 demanding a referendum.

He feared losing more ground to Ukip if he did not act.

Cameron’s gambit paid off and in 2015 the Conservatives won an overall majority in parliament ensuring the referendum.

At the time, The Independent’s Matthew Norman described the referendum as an act of “indescribably selfish recklessness”.

Elected as an MP in 2001, David Cameron held this position until his resignation in September 2016.

In 2005, Cameron beat current Brexit secretary David Davis in a leadership election and became leader of the Conservative Party.

How did David Cameron feel about the EU?

As prime minister, Cameron had his reservations about the influence of the European Union on Britain. In a Sunday Telegraph article, he noted:

The fact is the British people are not happy with what they have – and frankly neither am I. Put simply, for those of us outside the euro zone, far from being too little Europe there is too much of it. Too much cost, too much bureaucracy, too much meddling in issues that belong to nation states or civil society or, indeed, individuals. Whole swaths of legislation covering social issues, working time and home affairs should, in my view, be scrapped.

Early in his political career he had opposed the introduction of the euro into British currency and had, in fact, used his opposition to the euro as a key pledge in his very first electoral campaign, in opposition to some senior party officials.

Despite his scepticism, Cameron campaigned extensively with the pro-EU remain campaign, alongside politicians from both ends of the political spectrum.

At a rally in Birmingham before the referendum, Cameron gave an impassioned speech, begging voters to vote remain:

Being a member of the European Union also gives us strength in the world… It amplifies our power. When we’re in these organisations, we become an even bigger force in the world, with a bigger influence in the world.

In brief: Cameron had serious qualms about Britain’s place within the EU and the overbearing legislation imposed on the country.

However, ultimately, he believed the country was stronger as an EU member state than an independent country. 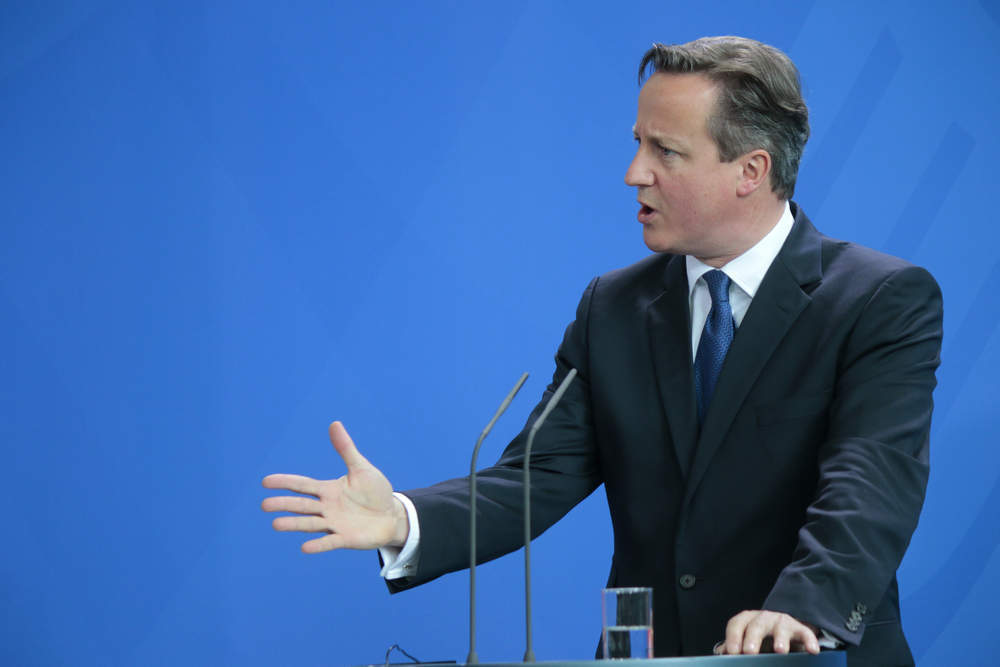 After the announcement of the referendum results, Cameron stood down as Prime Minister.

This was despite the fact that he’d won the general election just over a year before with an increased majority. Stepping down, Cameron spoke to reporters outside Downing Street and explained his decision:

I do not think it would be right for me to try to be the captain that steers our country to its next destination.

He stood down as an MP two and a half months later.

Does Cameron still have a role to play in Brexit and the future of the UK?

Since leaving politics, Cameron has avoided much Brexit discussion.

After his catastrophic defeat as the face of the Remain campaign, it is unlikely Cameron will make a political comeback.

However, according to the Daily Express, a senior Tory MP has claimed that Cameron has attempted to use his influence to press MPs to support a softer Brexit which would see Britain remain within the European Economic Area, keeping the door open to migrants, and staying with the jurisdiction of the European Court Of Justice.

The reported senior Tory said this:

Cameron has been in touch with a number of backbenchers this week, trying to persuade them that the country should go for the Norway option. It is extraordinary that he is arguing in favour of the EEA membership given that he claimed it would be a disaster for the UK during the referendum. I don’t think he is getting much support.

The former Prime Minister himself has not commented on the speculation.