From public lotteries to digital contracts, public sources of randomness, known as randomness beacons, are an essential cryptographic tool that is used to provide robust security for many aspects of the digital world.

Randomness beacons generate and publish large, unpredictable numbers at regular intervals. Providing numbers that are impossible to predict is essential to their function in security, but when a randomness beacon is from a single source, it is open to abuse.

The most infamous example of this is the case of the Hot Lotto fraud scandal in 2017, which saw Eddie Tipton, then information security director of the Multi-State Lottery Association, rig Hot Lotto’s random number generator with the aid of a rootkit to win the jackpot. He was also accused of rigging several other lotteries, one of which he was convicted for.

Tipton is now serving 25 years in prison for the incident, but the issue surrounding the security of randomness generators remains, particularly as single-source randomness beacons are also at risk of remote hacking.

This issue is a concern for any use of the technology where security is paramount, but it is particularly significant when it comes to elections, where accusations of third-party interference are becoming increasingly rife.

The League of Entropy: Creating a truly decentralised randomness beacon

The project, known as the League of Entropy, will see multiple organisations located around the world combine their own unique randomness beacons together to produce a decentralised randomness beacon.

This will include the randomness beacons run by leading institutions Protocol Labs, EPFL and UChile, but it will also include Cloudflare’s rather more unorthodox randomness generator, which is based on the random movements of its lava lamps in its San Francisco headquarters.

Together these will provided a decentralised yet entirely verifiable source of randomness, which will not be subject to the same vulnerabilities found in single-source randomness beacons.

“Previous randomness beacons were operated by single parties, making them a target for hackers. The League of Entropy allows beacon providers to work together to provide trusted randomness, reducing the importance of each individual participant and therefore making them a less attractive target for hackers,” Nick Sullivan, head of cryptography at Cloudflare, tells Verdict.

“The new randomness beacon is more trustworthy, since it is generated by multiple independent parties around the world. It’s also more reliable, since it can still work if some of the participants are having an outage. It’s also a cool application of advanced cryptography.”

The League of Entropy was formed with the aim of producing data that is truly unpredictable, while entirely verifiable.

“This ensures that no single entity is able to control the data produced, and potentially bias that data or make it predictable in some way. Verifiability allows consumers of the random data to verify that multiple trusted parties contributed to its generation.” 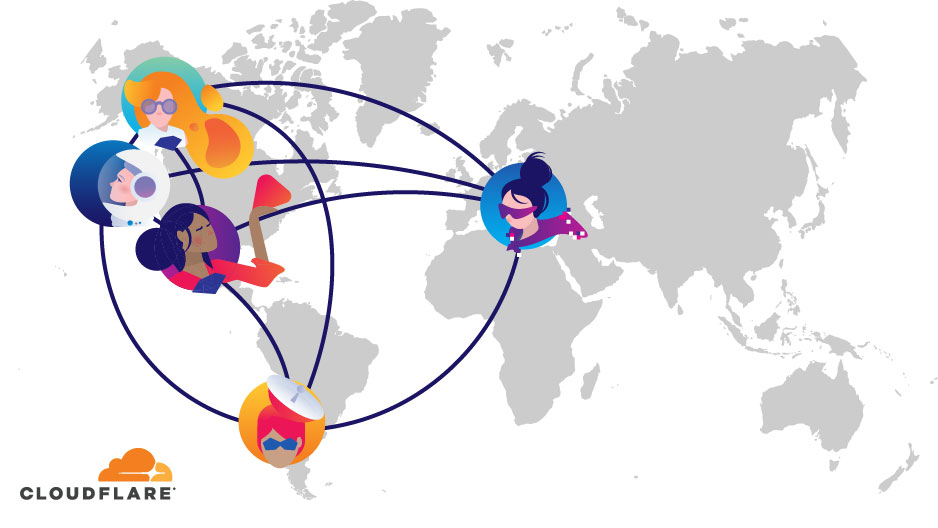 The locations of the randomness sources in the League of Entropy’s decentralised randomness beacon.

Applications of a decentralised randomness beacon

As a publically available decentralised randomness beacon, the League of Entropy’s project is freely accessible via an API, which is being released today. This will allow any organisation with a need for randomness to make use of the beacon, without needing to pay for the service.

And the League anticipates it being used in a wide variety of different applications.

“We expect this to be used everywhere from lotteries, sports, election auditing, to more esoteric uses like leader election in proof-of-stake cryptosystems,” says Sullivan.

Perhaps most notable, however, is its potential for use in election auditing – an area where security is especially vital.

“We’re really excited for this to be used for election auditing,” he explains.

“It is very expensive and time-consuming to do a full audit of an election, so auditors often select a sample of districts or polling stations to review. If this sample can be predicted or controlled ahead of time, then election tampering can be done in the districts that are known not to be audited later.

“Using a public, verifiable randomness beacon that can’t be tampered with makes this impossible. This is one way cryptography can help secure democracy.”