As it stands, there are five debt-free countries in the world — Macau, the British Virgin Islands, Brunei, Liechtenstein and Palau.

And now, Denmark will pay off its last foreign currency loan worth $1.5bn today — liberating itself of any foreign debt obligations for the first time in around 183 years.

Data from the Danish central bank shows that the last time the central government was near paying off all its foreign currency loans was back in 1894.

Denmark’s first state loan in foreign currency was taken in 1757.

However, the Scandinavian country still has domestic debt in Danish kroner to the tune of approximately 650bn kroner – about 32 percent of its GDP.

Denmark issues bonds in crowns to cover its deficit and redemptions of domestic bonds. 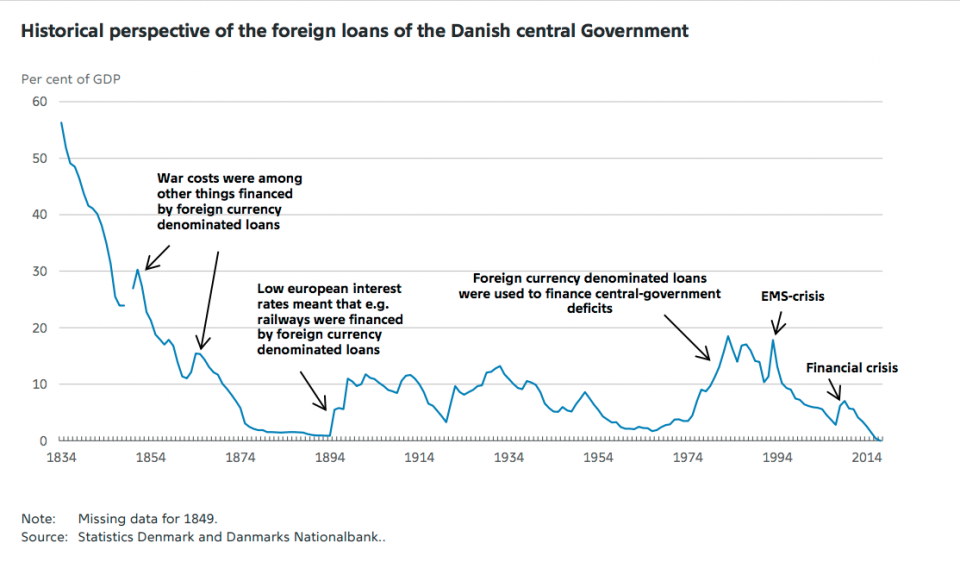