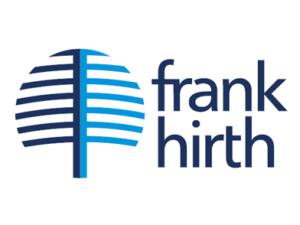 The so-called Big Six framework for future tax legislation was published on 27 September 2017 by a group of congressional Republican leaders and White House officials.

This document led directly to the recent enactment of the Tax Cuts and Jobs Act 2017 (TCJA) and stated clearly that US president Donald Trump had laid out the following four aims for tax reform:

How has the president and Congress fared in achieving these objectives?

The overall title for the Big Six framework was “Unified Framework for Fixing Our Broken Tax Code”.

The Tax Code wasn’t really broken, and accordingly has emerged from the legislative process fundamentally intact but with the addition of new and very complex provisions, particularly in relation to the taxation of multinational corporations and for income from pass through entities.

It is less simple and easy to understand than it was before. Fairness will be touched on later.

“Legislate first and ask questions later” is not the normal approach to adopting tax rules, and it has created an unusually fluid situation where there will be widespread lobbying for the prompt adoption of so-called “technical corrections” legislation, retroactive to the effective date of the TCJA.

The retro-activity of such legislation is typically justified on the basis that it is merely intended to provide clarification, but one can foresee that on this occasion there will have to be significant rewrites to address areas Congress didn’t have time to consider.

At the moment particular attention is being focused on the one-time tax on accumulated overseas profits of multinational corporate groups, and the difficulties presented by these provisions (which, among other things, require such groups to account for their profits as if their tax years ended on 2 November 2017 as well as on 31 December 2017).

Presumably all affected entities will elect to pay the liability in instalments, but the first instalment for some groups is due 15 April 2018, barely three months away.

The IRS will also be under immense pressure to issue guidance, testing the limits of its authority to diverge from the statutory language.

The key language here is “levelling the playing field for American businesses”.

As we’ve noted previously, the reforms made to the corporation tax rules, in particular the reduction in the rate of 35 percent to 21 percent, were certainly necessary to make the US competitive with other major jurisdictions that have reduced their corporation tax rates over the past decade or so (including the UK with its rate of 17 percent).

Congress has been wrestling with this for several years, and if the only way this could be done was through the present process then so be it.

Rate reduction is only part of the program, however, and what is drawing everyone’s attention at the moment is the panoply of anti-base erosion measures that have been adopted to ensure that the corporation tax continues to raise revenue.

These include the base erosion alternative tax (known as Beat), which effectively disallows a portion of deductions for payments made from American businesses to overseas connected entities (25 percent or greater common ownership), the inclusion of global low-taxed intangible income (GILTI) earned through overseas subsidiaries, and the disallowance of corporate interest deductions that exceed 30 percent of earnings before interest and taxes.

To quote one learned commentator:

The interaction of the TCJA’s international changes are brutal. This is no time for blinkered views and hyper-specialisation. Practitioners must take a holistic view of the client’s entire structure and all its tax issues at once. Fixing one problem might cause another to blow up…

As previously noted, the impact of the US changes on its relations with other taxing jurisdictions have yet to be determined.

While official complaints were lodged ahead of adoption of the new rules concerning provisions that might arguably override existing tax or trade treaty obligations, other taxing jurisdictions are wrestling with the same problems, in some cases also addressing them unilaterally (such as the UK diverted profits tax).

It seems clear that the major beneficiaries of individual rate reductions will be high earners (and not just workers, by the way). One senior US tax lawyer has delivered the following withering verdict:

The incredibly complicated rules for owners of pass through entities will give them huge benefits, but these benefits will not be shared with their employees. Surely it would have been possible to modernise our system of taxing international business without all this other stuff.

Fairness also seems to have been a casualty, both in the general sense referred to above and in some glaringly specific instances, such as the doubling of the $5.5m lifetime exemption for estate and gift tax.

Applying an historic perspective the elimination of the deduction for State income taxes could be argued to be outrageously unfair.

Originally only the sovereign States had the inherent power to tax the income of their residents, while the Constitution prohibited the Federal government from doing so.

It was only in 1913 that the Constitution was amended to permit a Federal income tax. As the States were already taxing incomes, it was obviously necessary that the Federal tax be imposed on an individual’s pay after deduction of the State tax, since otherwise the Federal government would be taxing income that the individual didn’t actually have.

In now eliminating the deduction for State income tax (apart from a token $10,000 of combined income and property tax), the Republican Congress has effectively taken the position that the right of the Federal government to tax incomes is equal to the right of the States, and created the unfairness that an individual is subject to Federal tax on income that he doesn’t have.

It is ironic that it is the Republicans who have taken this step as, at least in recent years, they have been the party that is considered the champion of States’ rights.

Governor Cuomo of New York has announced that his State will challenge the Constitutionality of this provision in the courts.

If the Constitutional challenge proves well-founded, it would raise havoc with the administration of the tax laws and could invalidate Congress’ revenue projections for the TCJA as a whole.

As is typically the case, the position of overseas Americans, who continue to be liable to US taxation of their worldwide incomes, has not received sufficient (if any!) attention.

The tax-favoured treatment now given to income from pass through entities (an effective 20 percent reduction in applicable rate of tax) only applies to the extent of income that is “effectively connected with a US trade or business”.

This no doubt was intended to further the overall policy of stimulating the domestic economy, but means that Americans resident and carrying on their commercial activity outside the US will not be able to benefit.

It also seems unlikely Congress intended to provide such a direct disincentive to Americans living overseas, and so one target of “technical corrections” legislation might be to waive the US trade or business requirement in the case of Americans residing overseas.

The one-time tax on accumulated overseas profits of multinational corporations will eliminate the previous disincentive to bringing overseas profits to the US, but the assumption that these moneys will be reinvested in the US economy has been strongly questioned.

Many commentators observe that American multinationals with accumulated overseas profits are not thereby hampered in their ability to invest domestically, and predict that the principal destination of repatriated profits will be the pockets of shareholders, both in the form of dividends and through share buy-backs.