Just three golfers remain in the running for the Race to Dubai’s winner’s share of $1.25m, as the PGA Europe Tour reaches its conclusion at the DP World Tour Championship in Dubai.

Since 2009, the Race to Dubai rankings has been listing the PGA Europe Tour’s best players throughout the year. For every Euro earned during the season, golfers earn a point. Previously known as the Order of Merit, the change of name reflects the addition of Dubai’s DP World Tour Championship as the season’s concluding golf event.

In total, 328 players have competed in this year’s PGA Europe Tour. At the bottom of the table, Jack Senior, Rhys Davies and Virto Boria have earned €2,994 between them. For those, as well as the 322 competitors placed above them, the Race to Dubai is all but over.

However, Tommy Fleetwood, Justin Rose and Sergio Garcia still have it all to play for this week.

Fleetwood currently leads, having earned €4.24m throughout the season. The British golfer has had his most successful year in the sport, having claimed wins at the Abu Dhabi HSBC Golf Championship and HNA Open de France.

He is closely followed by fellow countryman Justin Rose, who has earned just shy of €4m. Rose has finished the tour strongly, winning the WGC-HSBC Champions and Turkish Airlines Open in recent months. He will be confident of making it three wins from four this week, but anything less than a fifth place finish will guarantee Fleetwood victory.

With €3.2m in earnings, Garcia is barely capable of catching up to Fleetwood, but he isn’t quite out yet. Regardless, Garcia has insisted that he isn’t focused on claiming a historic victory in Dubai.

Heading into the DP World Tour Championship, PGA Europe has rated Fleetwood’s chance of victory at 73 percent. Rose has a 24 percent chance, while Garcia’s chances stand at just three percent.

Ahead of the Race to Dubai’s conclusion, here’s everything you need to know about the DP World Tour Championship 2017:

The HSBC Champions will get underway on Thursday, 16 November. The final round of golf will be played on Sunday, 19 November, crowning the European Tour’s 2017 champion.

The DP World Tour Championship will be a late one for English fans looking to support Fleetwood and Rose. The first round will get underway at 3:40am London time.

Ian Poulter and Paul Waring will kick the tournament off at 3:40am at hole one. They will be shortly followed by Richard Sterne and Julian Suri.

Golfers will take to the course in pairs of two at ten minute intervals. The final six competitors are set to begin their tournament at 8:40am.

The DP World Tour Championship tee times have yet to be confirmed for rounds two, three or four. However, this is the full list of round one tee times: 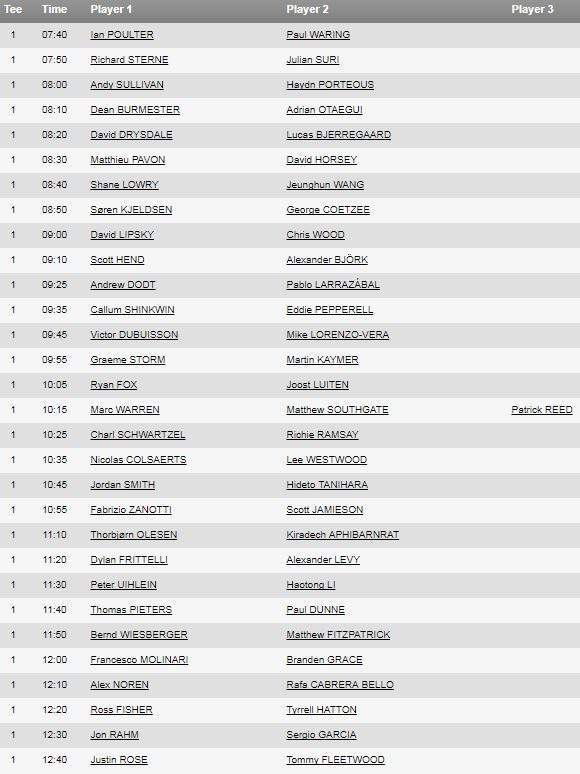 The DP World Tour Championship tee times for later rounds will be posted on the European Tour website closer to the time.

Earth Course: where is the DP World Tour played?

The DP World Tour Championship is played at Dubai’s Jumeirah Golf Estates, a luxury residential community with the sport at its centre. The venue has played host to the tournament since its inaugural year in 2009.

The pros initially struggled on the Earth Course. However, having had a few years to get used to Dubai’s bunkers and bumps, players are starting to perform at their best. Either way, it provides a venue that is both pleasant on the eye and provides a challenge, making it a great place to end the tour. 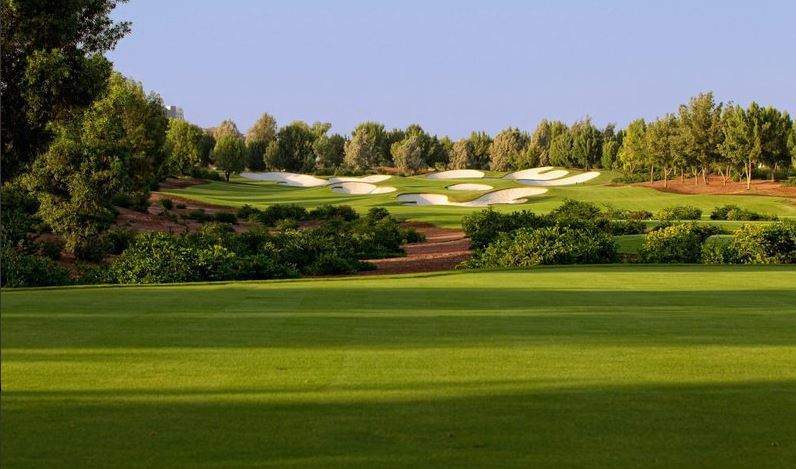 DP World Tour Championship tips: who could win in Dubai?

According to betting odds comparison website Oddschecker, Justin Rose is the favourite to add his name to a list of previous winners that includes heavyweights Rory McIlroy and Henrik Stenson. Given just how small the gap is between him and Tommy Fleetwood, this would see the Race to Dubai title go right to the wire.

This is one of the biggest tournaments in the PGA Europe Tour calendar. It offers fans the chance to see the tour’s leading 60 players compete in the final Race to Dubai event. While some events require attendees to purchase tickets, the DP World Tour Championship offers this experience for free.

Golf fans were initially able to register for a free ticket via Eventbrite. With just days to go, there are no more online tickets available. However, golf fans can still register for tickets by turning up to the Welcome Tent at Jumeirah Golf Estates on the day that they wish to attend. More details can be found here.