Facebook founder and chief executive Mark Zuckerberg has unveiled a list of new features for the social network at the semi-annual Facebook F8 developer’s conference in San Jose, California.

The company is hoping its package of new features and virtual reality tech will push coverage of its data sharing scandal out of the headlines.

Here’s what’s been announced at the Facebook F8 developer conference so far.

Facebook is making the leap into online dating, launching its first dating feature.

The match-making tool — set to be rolled out soon — is for long-term relationships, not just hookups, according to Zuckerberg.

The new service will also have privacy and security at the heart of its design.

Today we are announcing a new set of features around dating.

I know you are going to have a lot of questions about this so we have designed it with privacy and safety in mind at the beginning.

The app allows users to opt-in and create a profile, with only their first name visible. Users can then browse events and groups and message other singles.

According to an explainer released by Facebook at the conference:

It’s going to be in the Facebook app but its totally optional. You can opt-in. If you want you can make a dating profile.

Potential matches will be recommended based on dating preferences, things in common, and mutual friends. They’ll have the option to discover others with similar interests through their groups or events.

Its going to be in the Facebook app but its totally optional. You can opt-in. If you want you can make a dating profile.

Your friends aren’t going to see your profile, and you are only going to be suggested people who aren’t your friends, who have opted into dating and who fit your preferences.

The messaging app will also be text only.

And if we are committed to building meaningful relationships, then this is perhaps the most meaningful of all.

Shares in Match.com, which owns Tinder, fell sharply on the news. 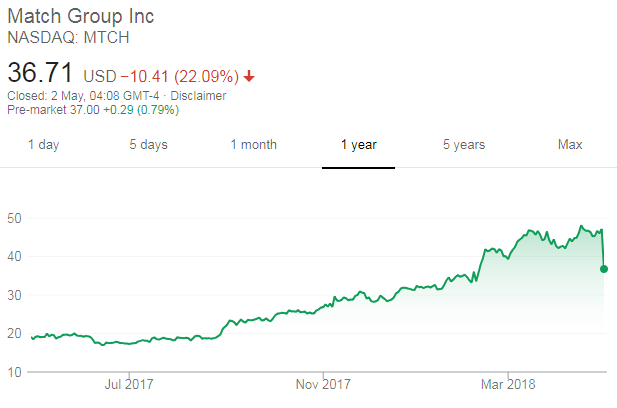 The feature, which Facebook admits will take a few months to develop, lets members see which third-party sites and apps Facebook tracks and collects data from.

It will also prevent Facebook from using the information to build an online profile for ad targeting, the company said.

This feature will enable you to see the websites and apps that send us information when you use them, delete this information from your account, and turn off our ability to store it associated with your account going forward.

In a blog post, Facebook said that in “rare cases” it will still have to retain some information for security reasons.

Instagram is adding a video chat feature to its direct messaging app.

In an effort to make Instagram a safer place that lures teenagers from rival Snapchat, Instagram is also getting a new filter to block messages identified as bullying.

Facebook also announced the availability of the Oculus Go, a $199 virtual reality headset it revealed in October 2017.

The Oculus Go is a standalone VR headset that doesn’t need to be connected to a computer or smartphone.

Facebook said it plans to turn 2D photos into what it calls VR memories. The new feature will use VR to reconstruct photos and videos.