Whatever your tradition, it is universally acknowledged that one of the best things about the holiday season is the food.

Whether you’re tucking into a turkey or chugging down eggnog it’s hard not to get into the festive spirit when you’re enjoying your favourite holiday nibbles surrounded by loved ones.

Verdict takes a look at eight of the holiday foods enjoyed all over the world. 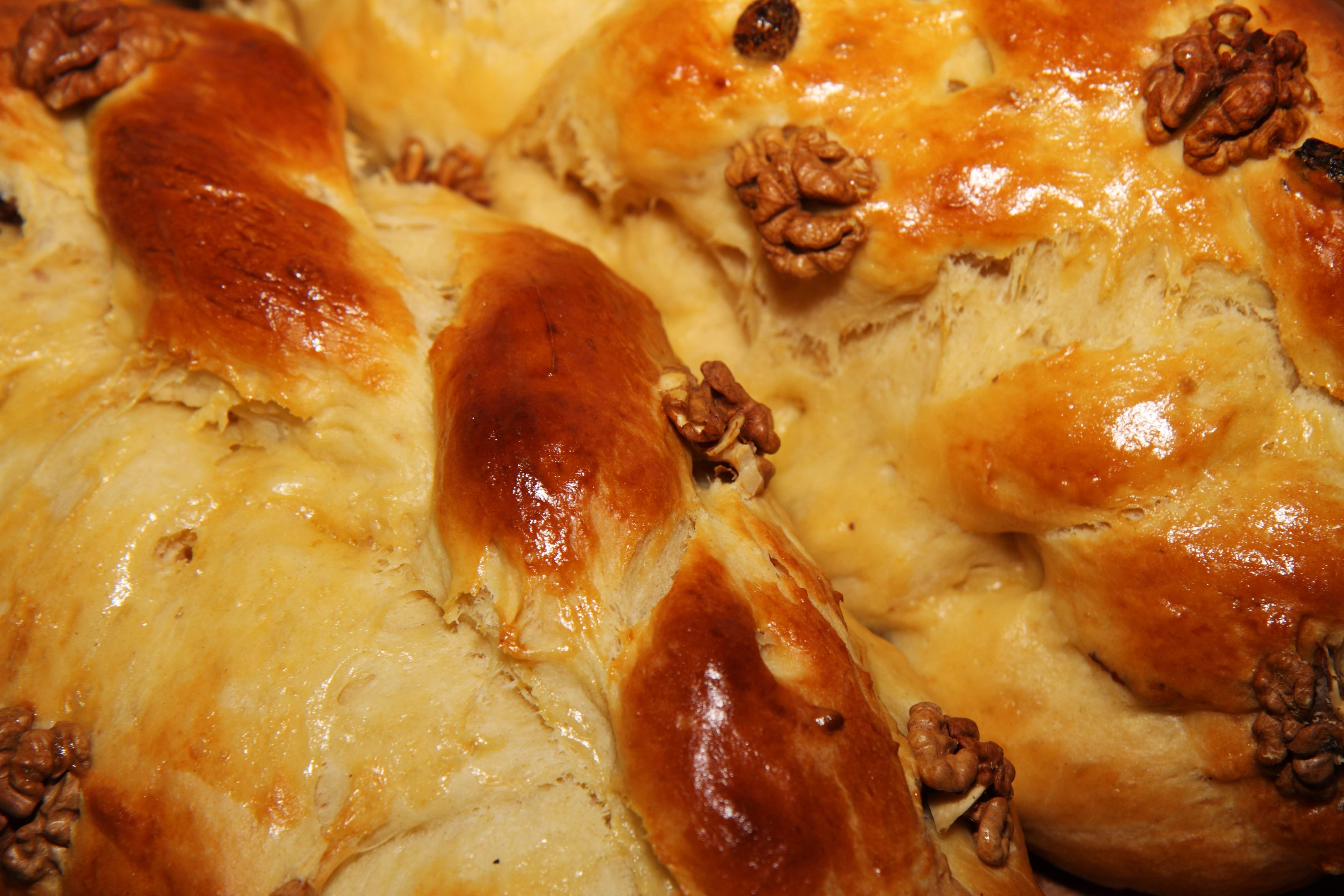 Southern Belgium and some parts of Northern France serve Cougnou, a baked sweet loaf in the form of the baby Jesus. It often comes with chocolate, raisins or sugar mixed in with the dough.

The bread is only baked in the period between St Nicholas’ Day (6th December) to Christmas and children who have been good receive it from St Nicholas.

Decorative variations of the design include flowers, pieces of sugar in the shape of a cross, ribbons or a Christ Child in fondant sugar. 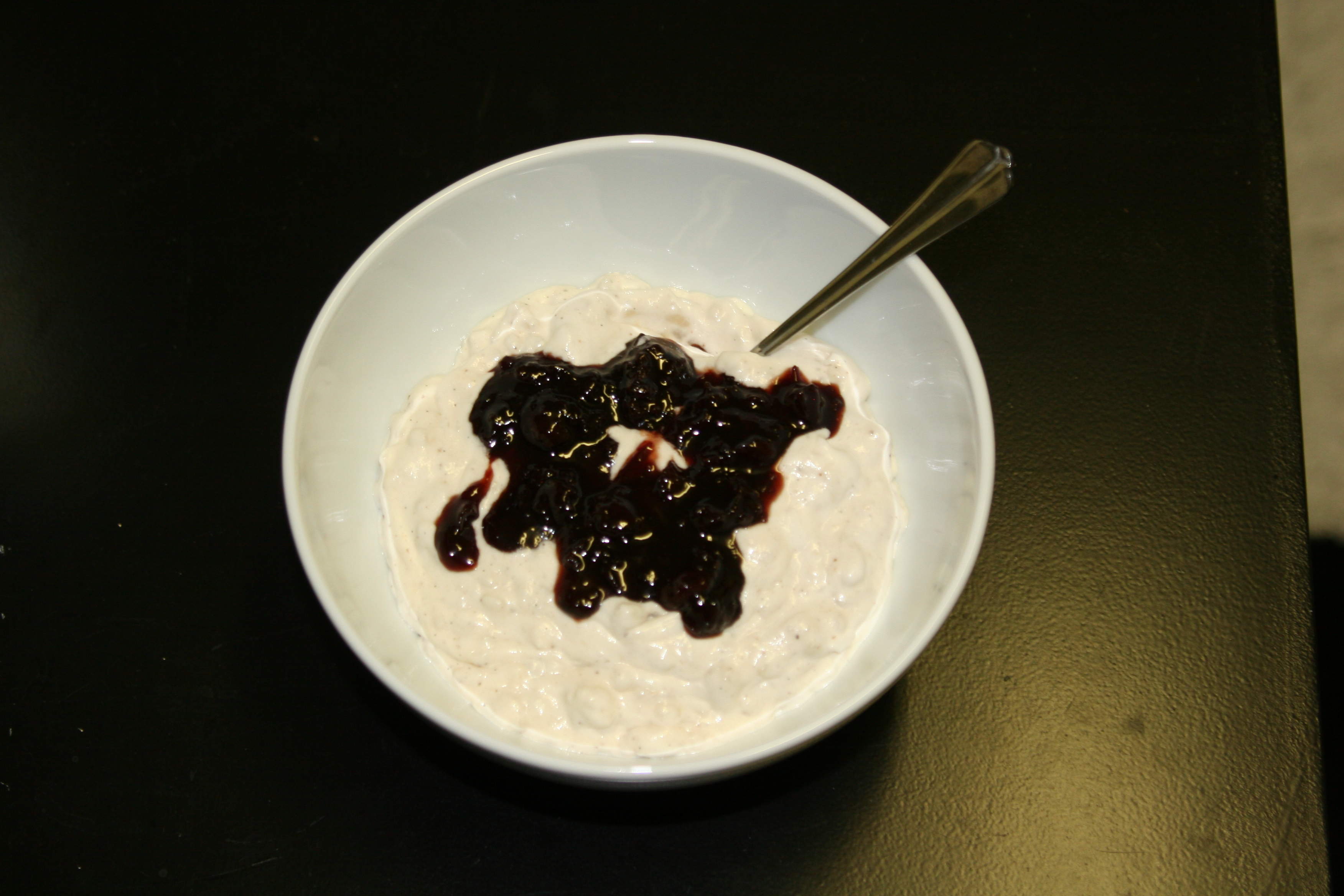 A traditional dessert in the Scandi country is risalamande, an almond and cherry rice pudding that usually includes a small treat in the mixture, acting as a prize for whoever gets it in their bowl.

Often a large batch of the dish will be made on lillejuleaften (which translates to Little Christmas Eve on 23 December), a part of which is kept for the risalamande eaten after the Christmas dinner. 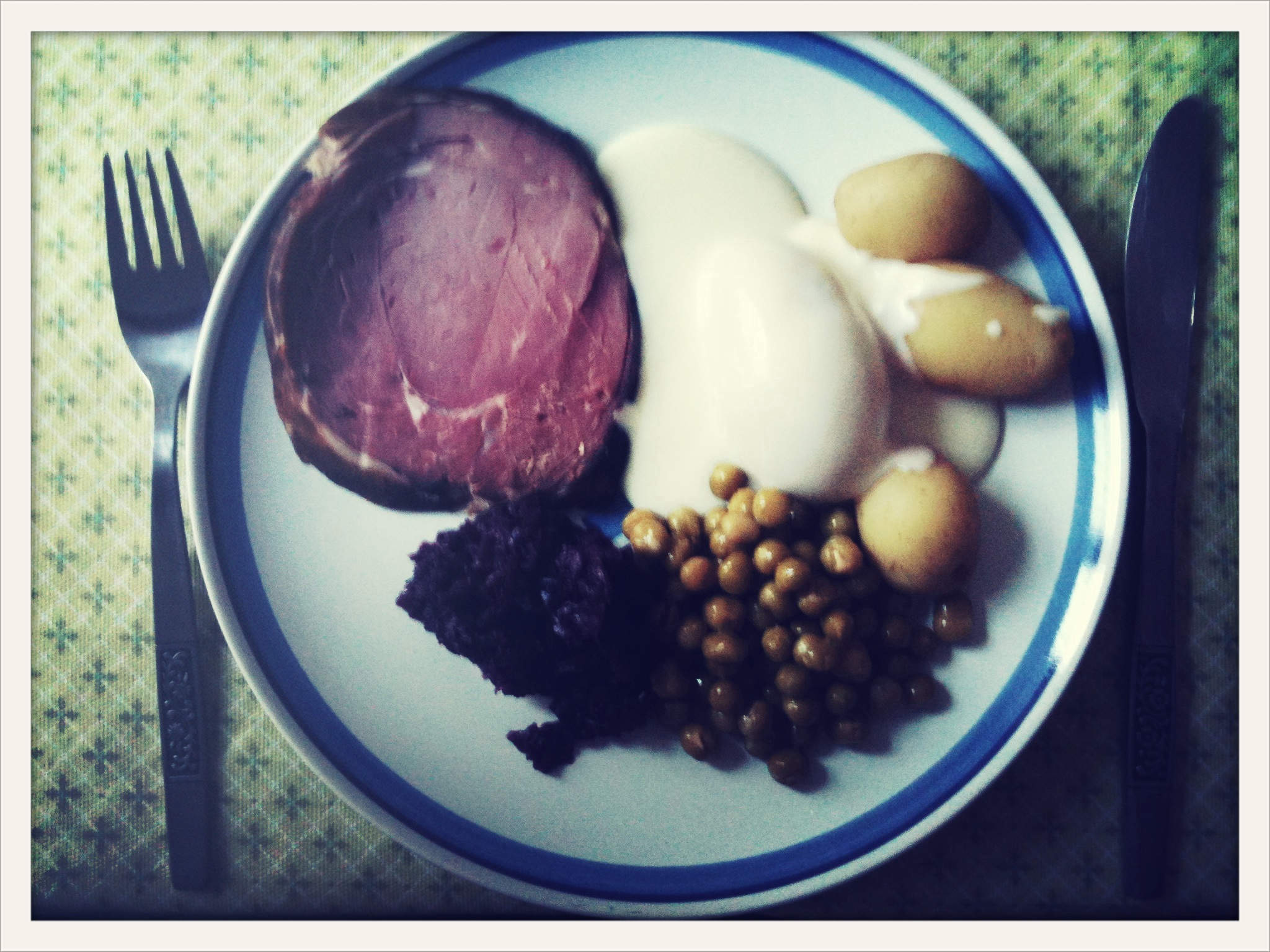 Hangikjöt, translating as ‘hung meat’ is a dish of smoked lamb, mutton or horse meat served around the holiday season in Iceland. It can be eaten hot or cold and is traditionally served alongside potatoes, white sauce, pickled red cabbage and peas.

Its name comes from the tradition of preserving food through smoking it, hanging it from the rafters of a smoking shed. 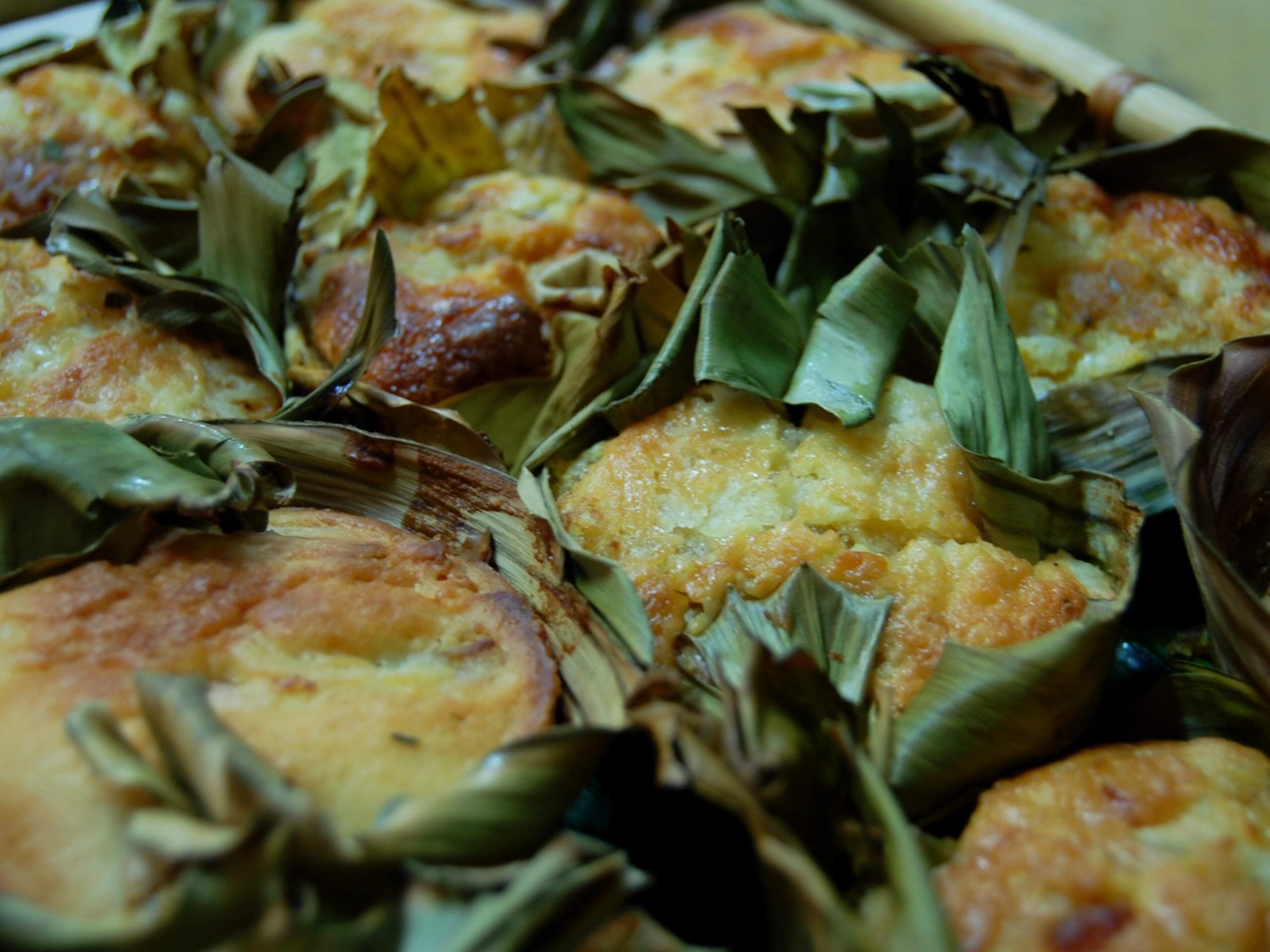 A Christmas Filipino dish is a rice-coconut-cheesecake called Bibingka. Traditional preparation of it is very time-consuming, with the mixture of rice, sugar and coconut milk cooking in a terracotta container lined with banana leaves.

The resulting dish is a spongy flat cake infused with the taste of banana, with toppings that can include, sugar, grated coconut, pineapple or, sometimes, salted duck eggs. 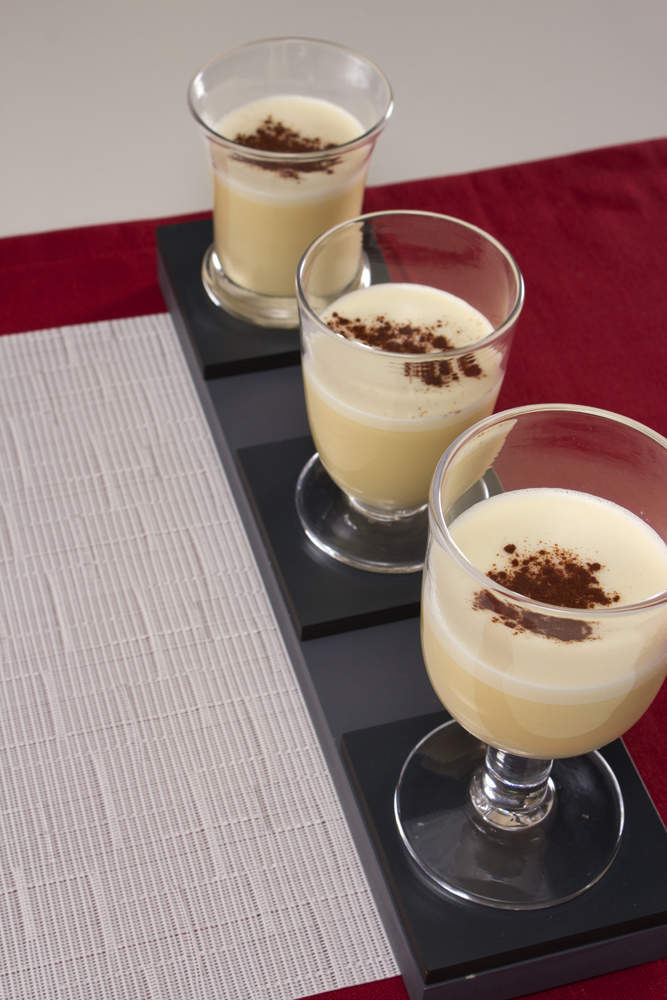 Coquito, also known as Puerto Rican eggnog is a coconut-based alcoholic drink made with rum, coconut milk, condensed milk, vanilla, cinnamon and cloves. It is often garnished with grated cinnamon or nutmeg, or sometimes a whole cinnamon stick.

After the ingredients are cooked together over a fire or stove, the drink is left to cool down and is served chilled. 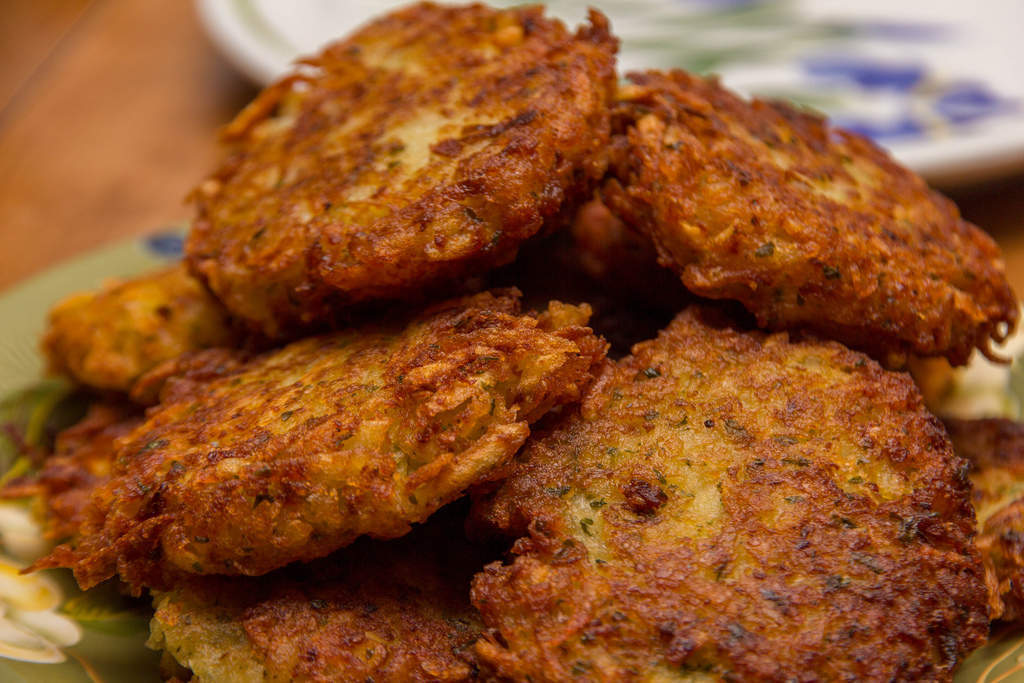 Of course, in Israel the holiday celebrated is Chanukkah.

The eight-day festival of lights commemorates the miracle of the oil that burned in the Temple of Jerusalem menorah for eight nights instead of one. As such, the food enjoyed in this period is typically fried in oil.

A popular example is latkes, Yiddish for ‘pancake’ (or levivot in Hebrew.) These are shredded potatoes mixed with onion, egg, flour and seasoning, formed into pancakes and fried in oil. A sweet version can see them served with applesauce.

Another deep-fried delicacy is the jelly-filled donuts, called sufganiot 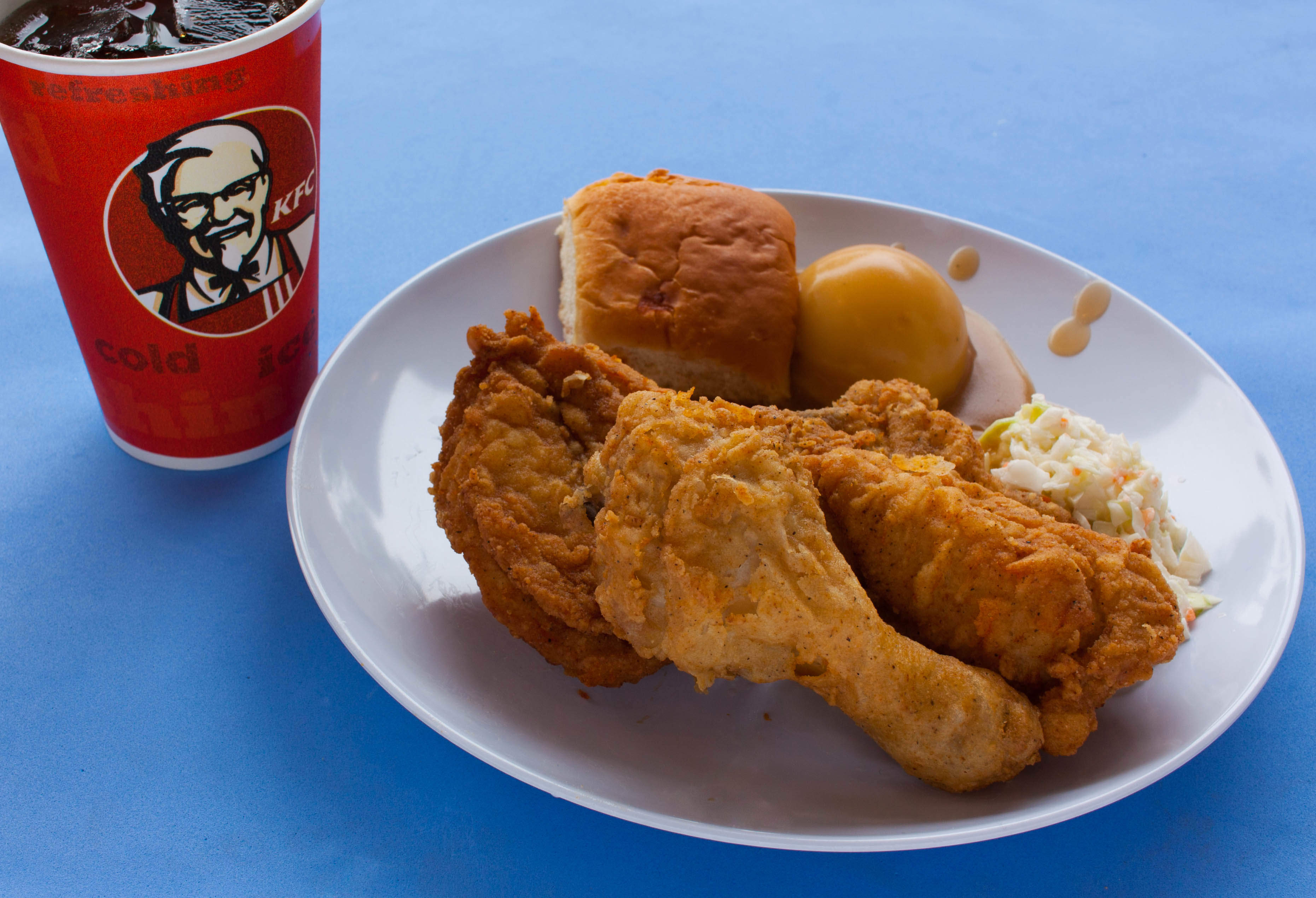 In Japan, similar to in the UK or US they serve a Christmas cake, or kurisumasu keki.

However, different to the Western version the Japanese cake is usually a white cream sponge cake topped with strawberries.

Another strange tradition in the country is to have KFC fried chicken for Christmas dinner.

Since December 1974 the brand has promoted its signature chicken as a festive meal, with its long running ‘Kentucky for Christmas’ ad campaign. Now, holiday orders for it are placed as far as two months in advance due to its popularity. 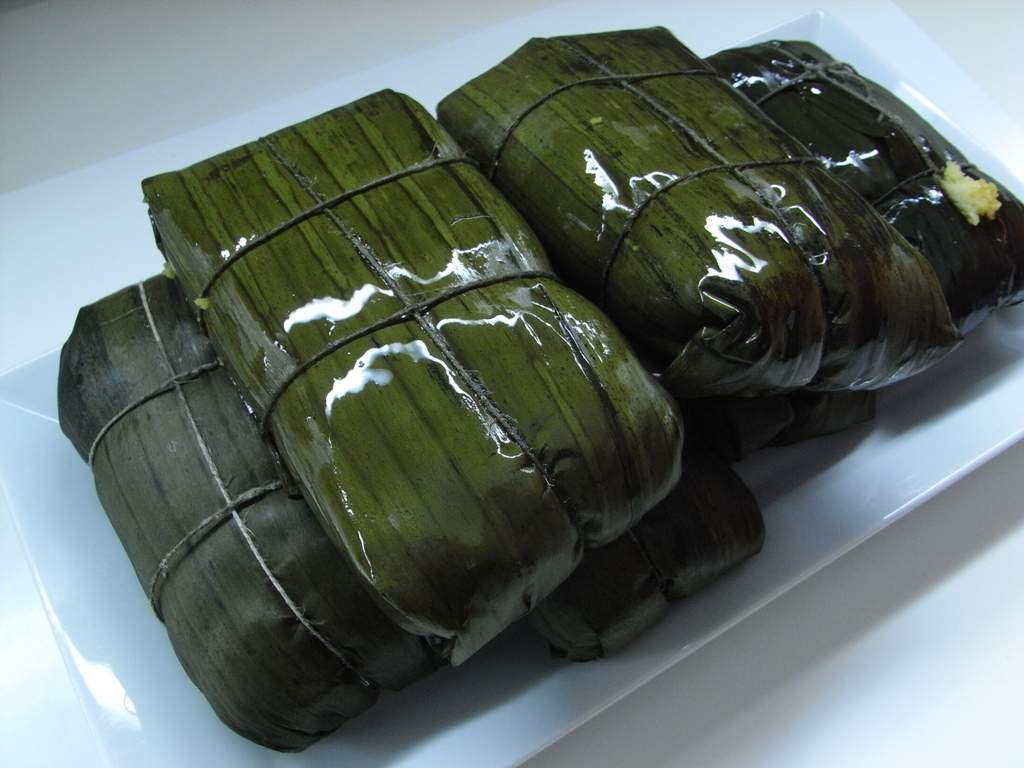 Hallaca, a maize-based tamale filled with meat, olives, raisins and capers is a traditional holiday food in Venezuela.

Preparation and ingredients vary in each region, with the filling sometimes consisting of fish and other seafoods or fowl meat. It is then usually all wrapped into plantain leaves and boiled.