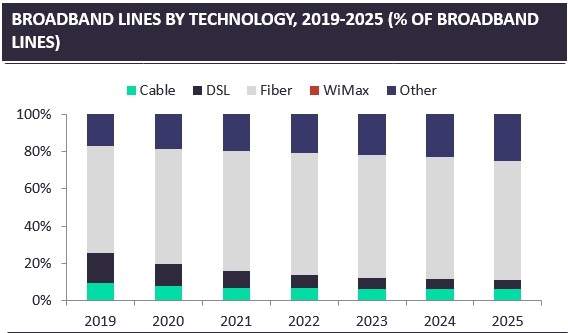 To support the increasing coverage of fixed broadband services, Bolivian government developed a national broadband plan, presented in February 2017, which aims to provide broadband Internet access to 50% of households, 90% of educational establishments, 100% of health facilities in target areas, and all municipal capitals.

As part of the plan, state-backed operator Entel plans to extend its fiber optic backbone network to 25,000km by 2022.