The final polls — the latest of which can out this morning — suggest the Tories have clawed back their lead over the Labour party in recent days.

While Theresa May was well ahead in the polls when she called the snap general election her lead has been eaten into by Labour and Jeremy Corbyn’s increasing popularity.

The campaign has been marked by two terror attacks at London Bridge and Manchester which both forced parties to suspend national campaigning, but neither even seems to have had an impact on the polling.

While Labour received a spurt of support, the latest polls — all published before polling booths opened at 7am today — suggest it has dwindled.

Notably, YouGov, which tends to estimate higher Labour support than most pollsters, recorded a three point drop for Jeremy Corbyn’s party in their final poll putting the Tories on a seven point lead, with the Conservatives on 42 percent and Labour on 35 percent.

Pollsters ICM’s preliminary call on their final poll showed, May goes into election day with a 12-point lead of 46 percent to Labour’s 34 percent.

This is up from David Cameron’s seven-point victory just two years ago and represents a swing to the Conservatives of 2.5 percent. 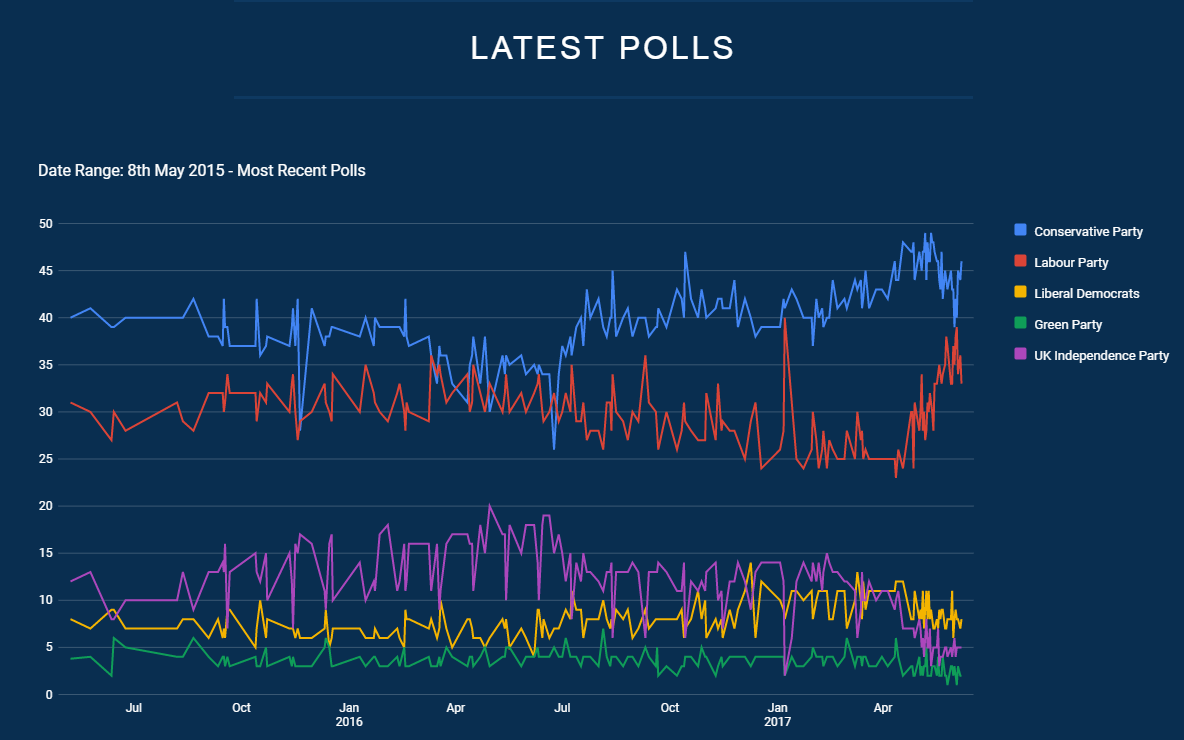 There have been some recent elections — not just in the UK — where the pollsters have got it wrong.

In the UK 2015 general election many of the polls pointed to a hung parliament but David Cameron’s Conservatives managed to eek out an unexpected majority.

Meanwhile many of the Brexit polls ahead of the June referendum suggested that the UK would vote to remain in the UK.

In the US, president Donald Trump was given only a 30 percent chance of winning the White House by most estimates, with his rival Hillary Clinton widely expected to win both the electoral college and the popular vote. She only managed the popular vote.

Should we ignore the polls?

While polls have been off in some recent elections — they’ve also managed to call a lot of them right, notably around Europe in recent months — they have never claimed to be a perfect predictor.

Polls are useful for getting a taste of how an electorate is feeling but, as politicians are known to say going into an election, there’s only one poll that matters, and that’s the one on election day.