The first hiking boots to contain super material graphene are now on sale, which their manufacturers claim will last 50% longer than equivalent footwear on the market.

The boots are the result of a collaboration between sportswear company inov-8 and the University of Manchester’s National Graphene Institute.

It is the same partnership that produced running shoes that contain graphene in mid-2018, which have since won a number of international awards.

The boots’ outsoles are made of a graphene-enhanced rubber. As graphene is 200-times stronger than steel and just an atom-thick, its manufacturers claim that this will substantially increase durability.

So, how do they perform?

There are two types of ROCLITE boots from inov-8, the ROCLITE 335 and ROCLITE 345 GTX. I tested a pair of the 345 GTX boots in fields and woods on the outskirts of Stroud, Gloucestershire.

Hiking boots are typically clunky things, made for robustness and protection when walking for lengthily periods over uneven terrain. With inov-8’s boots, the first thing that is immediately noticeable is just how light they are.

Named after their weight of 345g, the 345 GTX weigh less than half of the average hiking boots on the market. They feel about the same weight as standard running shoes and it’s easy to forget you’re even wearing hiking boots.

Don’t be fooled into thinking that their lack of weight means they’re flimsy. These are some seriously tough boots, able to withstand the surprisingly harsh terrain that can be found near Stroud if you know where to look. 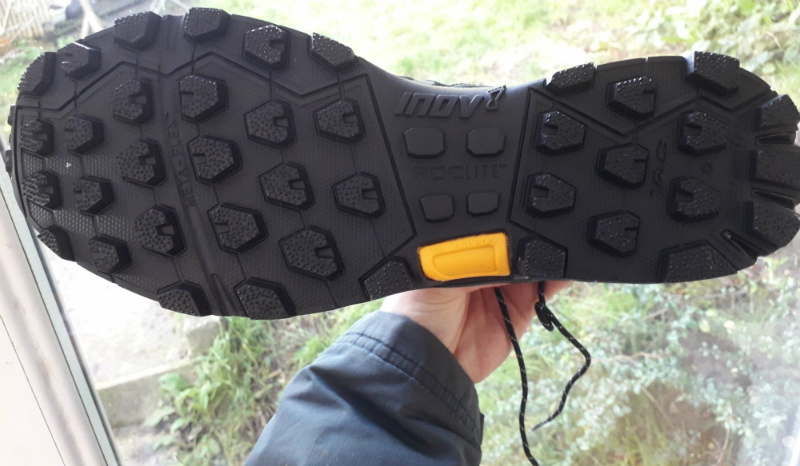 The 345 GTX boots incorporate GORE-TEX protection and are made to be waterproof. The breathable technology used for the upper part of the boot means that your feet also don’t get drenched in sweat during long walks.

The soles have been designed to ensure that no leaves, dirt or other debris accumulate and move freely from the soles as you walk.

And it’s some achievement at this time of year to not fall over with all the leaves, mud, snow and ice everywhere. This is largely thanks to the being soles lined with rows of claw-shaped cleats/studs and featuring Tri-C Sticky grip technology, which its manufacturers claim offers “the world’s toughest grip”.

I must have trekked at least 50 miles in them so far, up steep hills, through muddy fields and woods, without one blister or callus appearing as a result.

The RRP of £155 might initially seem a little expensive. But when you remember that you may not have to buy another pair of hiking boots for several years due to the technology involved, it evens out. These are lightweight, heavy-duty and comfortable hiking boots that will help keep you upright and your feet insulated on the muddiest of treks. 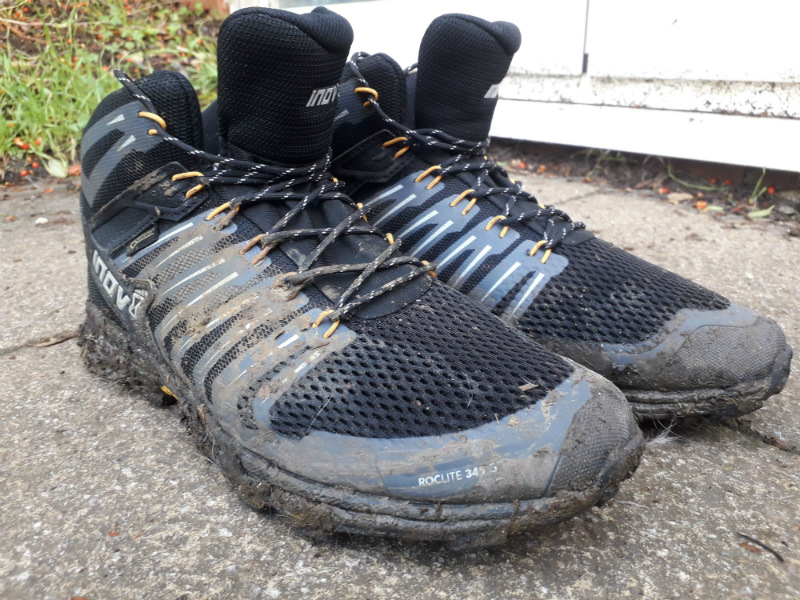 Graphene use in sportswear

In 2010, the Nobel Prize was awarded to the University of Manchester scientists responsible for isolating graphene from graphite. Since then, a 300-strong team at the university has been working to use graphene in a number of projects that include cars, medical devices, and aircraft, as well as footwear.

University of Manchester reader in nanomaterials Dr Aravind Vijayaraghavan said: “Using graphene, we have developed outsole rubbers that are scientifically tested to be 50% stronger, 50% more elastic and 50% harder wearing.

“But this is just the start. Graphene is such a versatile material and its potential really is limitless.”

The shoes and boots are part of the inov-8’s four-year innovation project that aims to use graphene in half of its product range.

inov-8 CEO Ian Bailey commented: “Mark my words, graphene is the future, and we’re not stopping at just rubber outsoles.”

inov-8 product and marketing director Michael Price added: “The hiking and outdoor footwear market has been stagnant for many years and crying out for innovation. We’ve brought a fresh approach and new ideas, launching lightweight, fast-feel products with graphene that will allow hikers, fast-packers and outdoor adventurers to get more miles out of their boots and grip to all terrains, no matter how gnarly.”

In addition, the company has announced this week that it will be the official footwear brand of the Obstacle Course Racing World Championships. The event takes place near London from 10-13 October and will feature 5,000 obstacle course runners from around the world.