Michael Gove’s Green Brexit idea means a lot of things to a lot of people. But it could make all the difference for one species which campaigners are fighting to bring back to Britain.

The Lynx UK Trust is a charitable group aimed at bringing Eurasian lynx back into the UK. Its plans have been met with widespread public support. However, one group is trying to put a stop to the proposals at all costs. 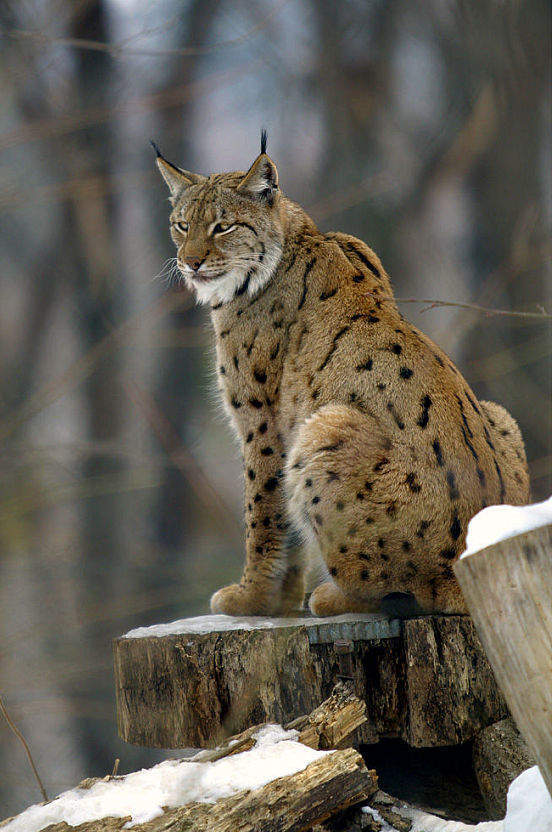 “Our primary concern is that the lynx will threaten livelihoods and businesses within the farming industry. Ewes and lambs would be much easier prey than deer because they can’t get away so quickly.”

When Verdict broaches the subject with Dr Paul O’Donoghue, one of the chief scientists working with the Lynx UK Trust, he sighs. It’s a debate he has come up against many times and he seems tired of arbitrating over the point. His advice to the farming unions? Spend less time worrying about lynx and more time fixing the problems in your industry:

“They have a perception that lynx are a risk but we’re scientists and we deal with scientific fact. The fact of the matter is this: the kill rate is 0.4 sheep per lynx per year.

“A lynx kills a sheep, on average, every two and a half years. A sheep is worth, on average about £80. For anyone to say that is a threat to the UK farming industry’s security, it just shows how vulnerable the farming industry is.

“Every year between two and six million sheep die from disease, exposure and malnutrition.

“So least a million times more sheep will die of disease, malnutrition and exposure than by lynx. Now the farming unions should be focusing on the chronic shortcomings in the sheep industry, rather than attempting to scapegoat the lynx.”

Still, the knee-jerk reaction from the farming unions makes a certain amount of sense. After all, lynx have been known to eat sheep. However, the Lynx UK Trust explains that the UK’s sheep population is safe.

That’s because of the way lynx hunt. The cats are ambush predators who use trees for cover as they stalk their prey. As most UK sheep farming takes place on wide open fields, attacks seem unlikely. Dr O’Donoghue added:

“You will never see a lynx running across an open field. And you will not see a lynx walking around on a moor or heath or utterly tree-devoid environment.”

Could a Green Brexit help the lynx?

However, while sheep farmers have been, in general against lynx reintroduction, Brexit could stand to change some minds.

What is a Green Brexit?

It’s a well-known fact that Environment, Farming and Rural Affairs minister Michael Gove has visions of a “Green Brexit”. In essence, Gove believes that Brexit will be an opportunity for the UK to improve its credentials as a beacon of ecology and conservation.

Gove has confirmed that post-Brexit, these subsidies will be scrapped and replaced. He criticised the CAP for paying out up to £3 million per year (per business) to already-wealthy landowners, encouraging wastage, and not recognising good environmental practice. The Queen, for example, receives farming subsidies as one of Britain’s biggest landowners.

How could a Green Brexit help lynx?

In short, farming in a wildlife-friendly manner will reap rewards for farmers, post-Brexit. This could mean that farmers might see rewards for helping with rewilding projects such as the lynx reintroduction. And this might also encourage farmers to rethink their relationship with lynx, suggests O’Donoghue:

“We said at the start of our project, and people thought we were crazy: lynx are a farmer’s best friend. And now it’s looking like they will be, because lynx will provide eco-tourism opportunities, rural regeneration opportunities in these struggling farming communities. And a lot of these farmers who have children, ultimately their children might end up working in eco-tourism.

Lynx reintroduction as a business move

Helping to reintroduce lynx could be a shrewd business move for arable farmers too.

According to the Forestry Commission Of Scotland, deer cause £4.5 million per year in damage to plantations and other commercial woodland in Scotland alone. The UK’s Department of Environment, Farming, and Rural Affairs also estimates that deer are responsible £4.3 million in damage to crops.

As it stands, deer numbers are ballooning due to various protections afforded to them by government regulations and favourable environmental conditions.

The reintroduction of lynx could help turn the tide and keep deer numbers under control, protecting crops and planted woodlands. In addition, using this natural solution to protecting their crops, could potentially net farmers government grants and subsidies.

Even on the pastoral farming side of things, there could be a reason to support lynx reintroduction.

In 2016 alone, around 15,000 sheep were killed by dogs, about ten times higher than expected, says Farming UK. While there has never been a recorded attack by a Eurasian lynx on a pet dog, an apex predator on the loose might provide a fitting reminder to dog owners about keeping their own animals safe. In turn, dogs on leashes would be less of a danger to sheep.

Safe to say, lynx might actually help many UK farmers turn a profit, rather than hindering their efforts.

Either way, until the lynx are or aren’t reintroduced, it’s hard to tell exactly what their impact will be on sheep farming.

Still, the largest insurance market in the world, Lloyds Of London seems to be on the Lynx UK Trust’s side of the debate. The group has underwritten the trial reintroduction at what O’Donoghue describes as an “exceptionally low” premium. He added:

“The fact is that lynx are not a danger to sheep. That’s the simple fact. And the insurance company is smart enough to realise that.”

As a result, Lloyds of London is offering insurance for every sheep in Britain against a lynx attack for the trial’s five-year duration.