On 19 April, 2021, the Ghana Grid Company (GRIDCo) that manages the electricity grid in Ghana partnered with CSquared, a fiberco that manages and wholesales fiber optic lines in Uganda, Ghana, and Liberia, to lease GRIDCo’s excess fiber lines.

In AME, where the fiber network is limited with only 25.3% of fixed broadband lines in 2020 being FTTx, fibercos like CSquared are fairly limited as the fiber network is still in a stage of buildout. Utilizing the electricity grid’s fiber lines can provide an opportunity to expand the network.

A similar tactic was pursued in Jordan. In October 2019, Jordanian Electric Power Company (JEPCO) and Umniah Mobile were granted a license to launch a fiberco jointventure, Jordan Advanced Fiber Company (FiberTech). With JD40m (US$56.3 million) in capital, FiberTech aims to connect more than 1.4 million homes and businesses across Jordan by 2025. 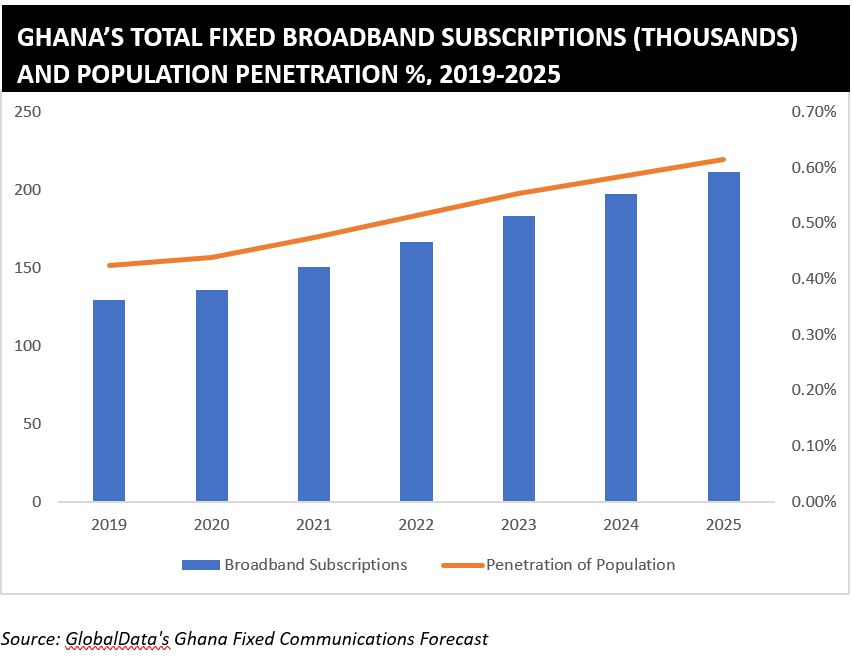 The partnership between the GRIDCo and CSquared demonstrates a mutually beneficial agreement between an electricity company and a fiberco. GRIDCo has been working to capitalize on its excess fiber since 2017 by leasing it to telcos. For CSquared, the partnership offers the opportunity to expand its fiber network without having to invest in laying the infrastructure itself.

Google started CSquared in 2011 to build out the fiber network in Sub-Saharan Africa and wholesale the network to telecommunication companies and internet service providers. In 2017, CSquared received a US$100 million investment as it became a joint venture between Google, Mitsui & Co, Convergence Partners, and the International Finance Corporation. In total, CSquared owns and manages 2,140 km of fiber across Uganda, Ghana, and Liberia, with the majority being in Ghana.

The partnership between GRIDCo and CSquared is the latest development to expand the fiber network in Ghana. In July 2020, Vodafone Ghana launched an infrastructure rollout program to connect homes and businesses with fiber broadband. In addition, Orange’s Djoliba project strengthens international connectivity via the deployment of 10,000 kilometers of terrestrial fiber network and 10,000 kilometers of submarine network. As such, the fixed broadband market will expand at a CAGR of 11.7% over 2020-2025.