Situated between a flowing river and a seemingly endless field of green, you might mistake the setting for the middle of nowhere, but the picturesque Here East digital hub is a stone’s throw from Stratford, London, and home to some of the United Kingdom’s biggest and brightest companies.

Originally built as the media centre for the London 2012 Olympics, the space has been converted into 1.2 million square feet of business space that brings together business, tech, media and education into a community that fosters collaboration and innovation.

Here East has since welcomed the likes of sports broadcaster BT Sport and Loughborough University London, as well as the innovation departments of Ford and Ladbrokes Coral. They’re joined by a range of startups and early stage companies in the hub’s Plexal innovation centre.

Here East isn’t a tech hub, but an innovation hub that is facilitating the creation of exciting new markets and products across a range of industries, from smart transportation to 3D printing. Now it has its sights set on another emerging area: esports.

The emergence of esports

Here East first considered esports soon after its creation in 2012, but the potential wasn’t yet there.

Competitive video gaming has been around since the 1970s, but it has only started to really take off in the past five years or so.

Now known as ‘esports’, there are various leagues, tournaments and competitions watched by hundreds of millions of viewers, many of which now offer seven-figure prizes to their victors. The International 2018, the World Cup of battle arena title Dota 2, for example, broke the industry prize pool record for a fourth consecutive year offering competitors a share of $25.5m.

Not only is growing interest leading to better prizes for those involved in esports, but the businesses fuelling it are seeing positive growth too. According to video game market analysts Newzoo, revenue from esports will top $1bn for the first time in 2019.

“Now that many leagues and tournaments have established a sizeable audience, companies are now shifting their focus towards monetizing this audience directly,” said Jurre Pannekeet, senior market analyst at Newzoo. “This transition started in 2018, but this year, the industry will take its early learnings and expand upon them. As a result, 2019 will be esports’ first billion-dollar year.”

When you consider that sport is a $500bn industry according to A.T. Kearney, it is clear that esports still has a lot of growing up to do. Yet its impressive growth in recent years has turned the heads of businesses.

“It’s gone from being an infant to a junior, and it’s probably going into adolescence,” Poole explained. “We see the whole growth of esports and the games community as a massive opportunity for Here East.” 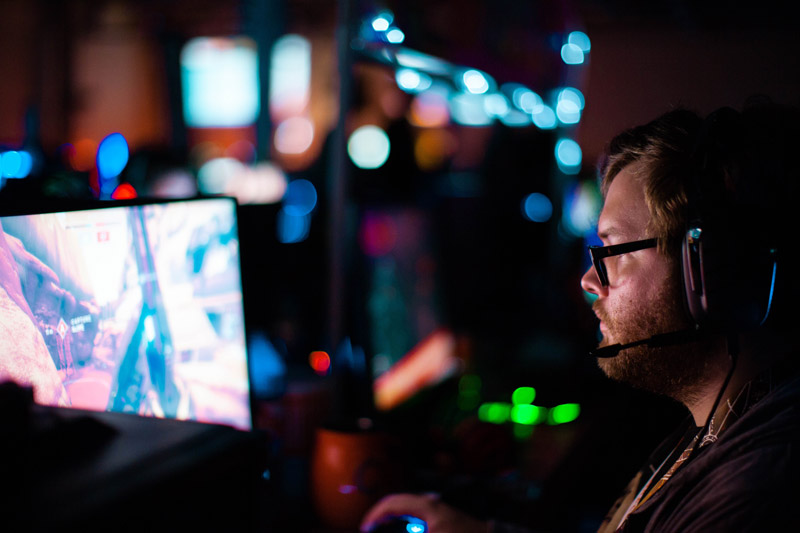 One company on the Here East Campus shares Poole’s belief in the market.

Bidstack, a company that offers in-game advertising space and best known for the billboards built into the Football Manager franchise’s match engine, is monitoring the potential of competitive gaming and what it can offer to its customers.

Its core offering, according to CEO James Draper,  is still very much Bidstack’s focus, but the company will continue to “go where it makes sense commercially to go”. As a result, it has been impossible to ignore esport’s growth.

The company has just recently announced a partnership with No Fuchs Given, the esports team of the Premier League footballer Christian Fuchs, and their connections in the worlds of both gaming and sport have put them in a prime position to offer advertisers a way into esports.

“That’s definitely what brands are finding appealing,” Rob Dagwell, Bidstack’s Head of Esports, told Verdict. “It’s a buzzword for them. They know they need to be in it, but nobody really knows how to get in it.”

“There’s a big interest in the space, because the reach and dwell times are so enormous. If you’ve got that level of engagement and those eyeballs are not looking elsewhere during those periods, it makes a lot of sense for brands to be in it,” Draper said. 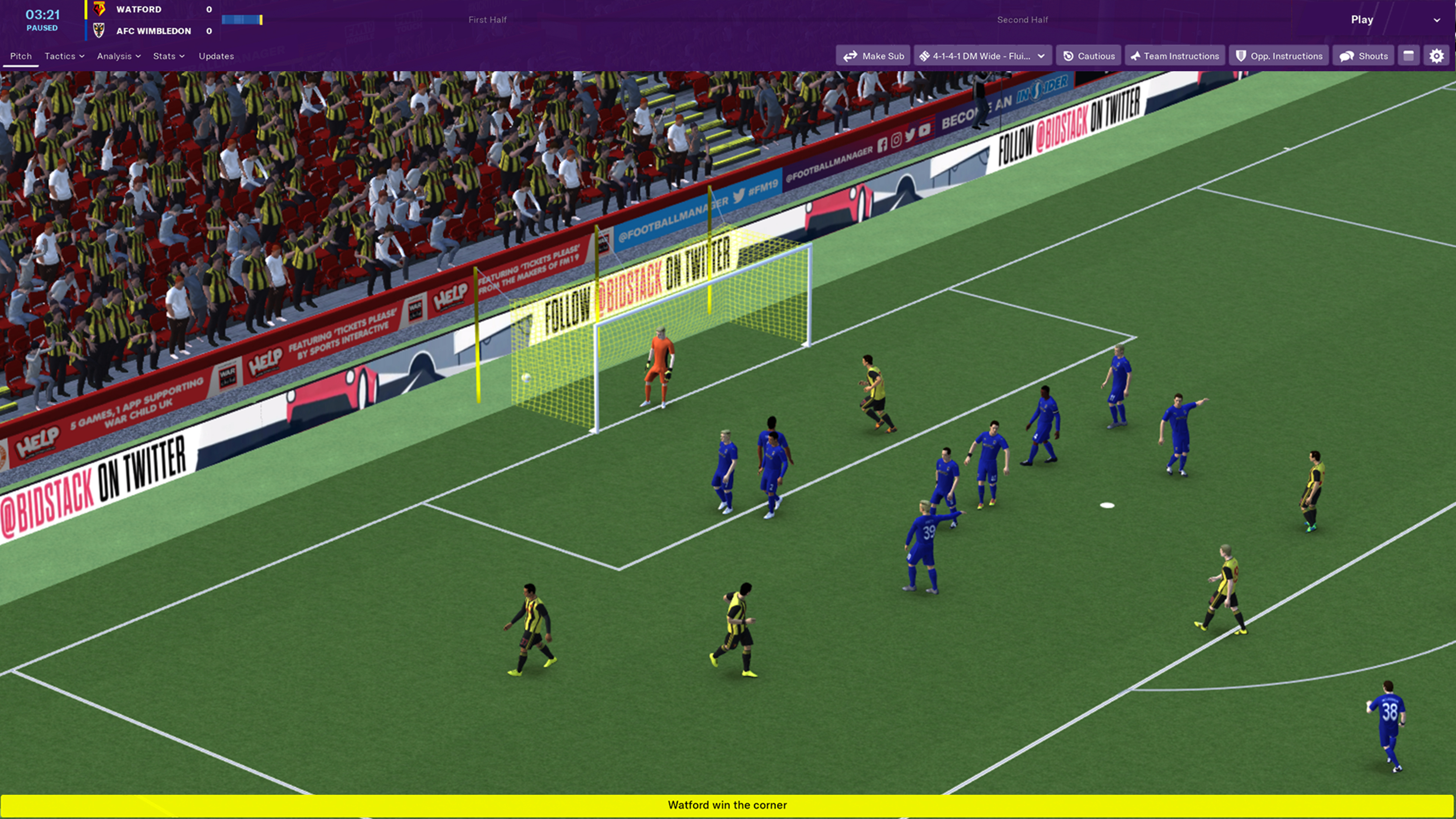 Bidstack, which provides in-game advertising for video games, is one of the esports-focused companies based at Here East

Yet, Draper also feels that there are challenges that must be tackled before esports can reach its potential commercially.

“You look at the world of esports and there’s not many people making money at the moment,” Draper told Verdict. “It’s super sexy, but when you’re sitting somewhere in the middle as a tournament organiser or platform, it’s not as easy to make big revenue as it is for the guys that own the titles.”

Poole also admits that there are “some barriers” that need breaking down by people who “probably don’t understand fully what esports is and what the younger generation want” before esports can reach the mainstream. Notably, that stereotype of esports as something only enjoyed by those archetypal gamers – “with headsets, packet of crisps, coke, and not leaving the house for 36 hours”.

Here East believes that it has everything it needs to help the emerging esports scene, which is slowly beginning to find its feet in the UK, to continues its growth.

The hub is already building up a cluster of companies operating in the gaming industry. Alongside Bidstack, Here East’s innovation centre Plexal also holds mobile game developers nerd. Likewise, the team behind the hugely popular Football Manager title are also housed in the complex.

Here East will soon take another step into esports and gaming with Staffordshire University set to open an esports and gaming hub, the Digital Institute London (DIL), on the campus. The university will offer degrees in esports, game design, community management and video game PR when it opens its doors in September.

Poole believes that the DIL presents a huge opportunity for the esports industry, and the companies at Here East working to develop it. Bidstack has already benefited from this talent pipeline, having taken on a student from one of the universities already set up at Here East to join its 30-staff team. 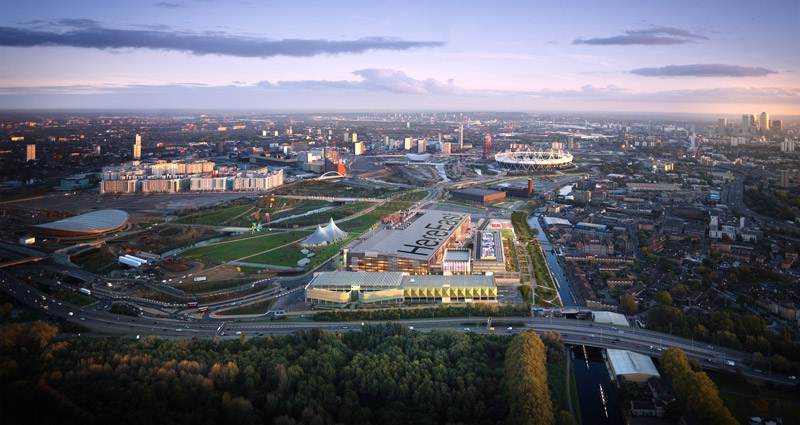 Here East believes it has everything needed to support the UK’s growing esports industry.

Fostering esports growth in the UK

The move has been good for Here East too – according to Poole, following the Staffordshire University announcement, there has been a flurry of activity from those in the gaming, esports and events industries hoping to join the growing cluster.

“We’ve been talking to the people who have designed the esports venue in Arlington, Texas,” Poole noted. “We’ve got all the components, and all the people we’re talking to are exceptionally excited about what we can do here for them.

“At the moment we’re just exploring all avenues to really understand a little bit more about the scale of the sector, the growth of the sector, but also the ability to get people who are wanting to start a games platform, develop the software, or build an event company that is focused purely on esports.”

And according to Bidstack, there are few better places than Plexal, Europe’s largely innovation ecosystem, and the surrounding campus for startups in this space to develop.

“It’s an absolute no-brainer of a place for us,” Draper said, noting that potential for collaboration as a particular selling point.

“It would be interesting and exciting if another few game publishers moved in who might have grand plans and exciting titles that they’re working on.”

Having played a vital role in helping London 2012’s 11,000 athletes to achieve their dreams, Here East could soon play a similar role in enabling future e-athletes to do the same.

Read more: EA kicks off first FIFA e-PL final, but is there a major issue with online video gaming?