Humira has set a record for the highest gross-selling drug in the world and contributed 63 percent to AbbVie’s revenue in 2016 alone and expectations are high the blockbuster drug will continue to perform.

That’s despite Humira’s US and Japan patents expiring this year and most of its EU patents to expire in 2018.

AbbVie’s wide assortment of intellectual property and patents should be able to protect its star performer from rival generics for the next few years. 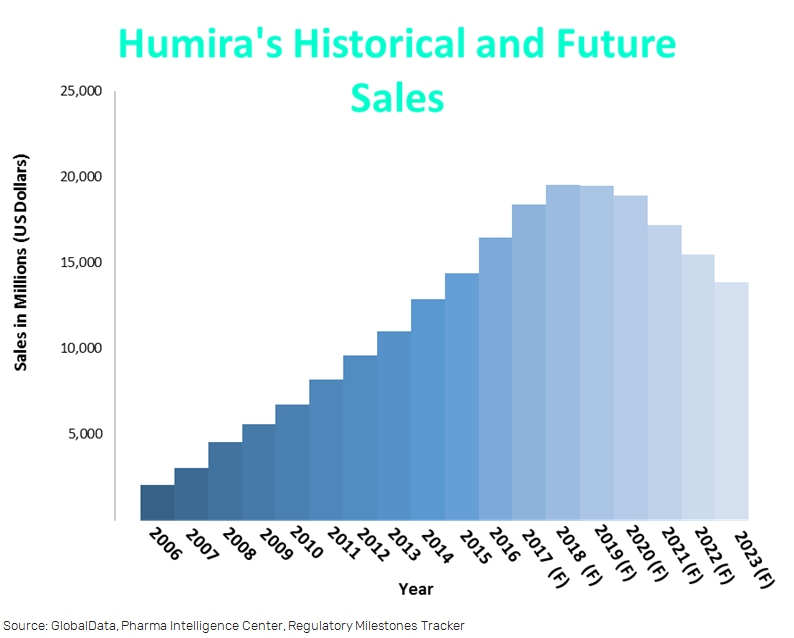 The company has over 70 patents covering the manufacturing, formulation, and dosage of Humira up until 2022. Humira has also been given orphan drug status which will extend its US market exclusivity until 2021.

Brokers are predicting sales of Humira will remain above $16bn until 2021 and will not be affected by competitors at least until 2021.

However with AbbVie facing many legal shots directed towards Humira and recently lost its bi-weekly 40-milligram injection technique patent to Coherus Biosciences,

Coherus could begin eating into Humira’s market share by 2019.