Ikea will become the first retailer to make single-origin coffee from the White Nile region in Uganda available to its customers.

Although the the world’s largest furniture company has been expanding its rapidly growing food business, the deal with Ugandan coffee company Kawacom is not just driven by commercial interests.

The Kawacom partnership is the first food-related project within Ikea’s broader Social Entrepreneur Initiatives program, which has provided opportunities to those living in the developing world since 2012.

The three to five-year partnership with Kawacom, a Ugandan coffee processor and exporter that works with local farmers Ikea wants to play a role in helping to break a cycle of poverty.

Uganda is the biggest coffee exporting country in Africa, yet the average size of a coffee farm is less than a hectare of land. 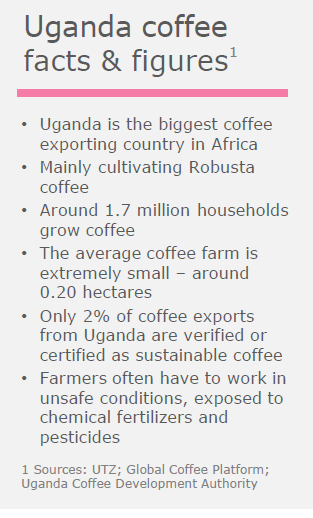 Kawacom’s Arabica coffee will be available in Ikea stores across 30 global markets from the autumn.

The furniture giant has purchased enough beans to fill 500,000 250-gram packages of coffee and will buy the same amount again next year.

For the most marginalised members of society, earning an income opens up new opportunities. Women in rural communities often have little or no access to education, healthcare or a paid employment. A significant proportion of women are working in agriculture at the bottom of the food supply chain.

“The Ikea long-term partnerships with food-producing communities can help to enhance livelihoods, build sustainable crop production and support communities to become sustainable and self-reliant,” she added.

The Swedish company is already involved in 19 entrepreneur partnerships with smaller-scale suppliers, allowing them to sell their goods at Ikea stores.

The partnerships, which generate an average of between $2.9m and $3.5m in annual sales, involve some 10,000 people in countries including Thailand, Jordan and India.

Topics in this article: Ikea