Europe is leading the way in 5G and private networks, with the region gaining early traction in Industry 4.0 ‘smart factory’ deployments, according to GlobalData. The company’s new Connected Enterprise Tracker has revealed that the manufacturing sector accounts almost a third of 5G and private network deployments, and much of this activity is concentrated in Europe (56% of deployments up to now). That should change, though, as North America and other regions are also set for growth.

As of now, the tracker has about 300 private 4G/5G network deployments, as well as a few dozen enterprise IoT deployments which leverage public 5G networks. While market leader Nokia reports it has supplied over 450 private networks, most of these deployments have not been disclosed publicly, and therefore are not included in the tracker. The same limitations apply to other suppliers, which include leading network infrastructure vendors, system integrators, and telecom service providers, as well as wireless technology specialists.

Private 4G and 5G networks have largely been deployed to support industrial verticals including manufacturing, transportation, mining, and logistics, where connected and automated operations enabled by highly secure networks can create new process efficiencies. Other verticals are also taking advanced of private networks. Government organizations account for 8% so far, most of which support smart city use cases such as connected street lighting or ‘smart poles’ for environmental monitoring and electric vehicle charging.

Service providers appear to be involved in a large number of deals in Europe, indicating that spectrum assets used for these deployments are not necessarily based on bands for industrial use recently provided by regulators, such as those in Germany and the UK. Rather, licensed operators are often providing dedicated bands or network slices to accommodate these customers. Vodafone, Deutsche Telekom, Telefonica, BT, Orange, Swisscom, Tele2, and Telia all feature in multiple deployments, often working alongside Nokia, Ericsson, or Huawei. 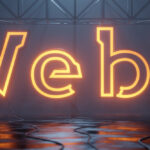 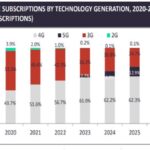 No dominant vertical in US

In North America, education organizations account for more 5G and private network deployments than any other vertical (17%), although no one vertical dominates adoption. Traction in manufacturing, mining, transportation, utilities, and energy is also apparent there. CBRS (Citizens Broadband Radio Service) spectrum in the US is cited as being used in about one-third of these networks. In addition to Federated Wireless, Boingo Wireless, and other CBRS specialists, key suppliers include AT&T and Verizon, system integrators, and network vendors. GlobalData’s tracker does not segment private 4G and 5G, since many organizations are using both, or are on a migration path starting with 4G LTE. But in public announcements, about three-quarters of all private network deployments in the tracker at least mention 5G.