The Africa and Middle East telecoms market is united by disruption.

Advances in technology and infrastructure are driving change across the region, however how the outcomes of such advances vary significantly depending on the stakeholders involved.

Here we look at three very different markets within the region, to find out how similar challenges are being addressed in vastly different ways across the spectrum of Africa and Middle East telecoms.

Uganda: consolidation on the cards

It is quite common for countries in Africa and the Middle East to have approximately three to five telecom operators. Uganda’s market, on the other hand, has a comparatively large number of operators with eight telecom operators competing in the market, making its telecom market highly saturated. 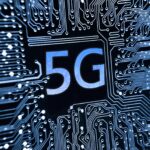 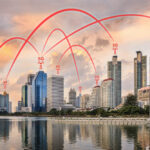 Of its eight largest operators, three are undergoing significant changes that could alter the dynamics of the market.

The decline of key players in Uganda

After not being able to pay taxes for four years, K2 Telecom has finally been ordered by the Uganda Revenue Authority to close down in May 2018. The operator had accumulated debts of approximately UGX95m ($25,000), and will only be able to continue operations after paying its debt. Although this shutdown may be temporary, it is possible it could become permanent.

In November 2014, Vodafone Group had entered the Ugandan market by signing a partnership agreement with Afrimax Group. With a plan to sell several affordable data packages, including its unlimited internet packages, it was thought Vodafone would quickly snap up market share. However, after amassing large debts of circa UGX300 billion (USD83 million) the company filed for bankruptcy in February 2018 and has finally shut down operations.

Uganda Telecom Ltd (UTL) has undergone several changes over the past two years. The telco was renationalized in March 2017 after accruing large debts. After its poor performance in the industry, the government is attempting to sell off its 69% stake to reinvigorate the company. The authorities have received several offers but has so far rejected seven proposals.

The financial issues of K2 Telecom, Vodafone Uganda and UTL are most likely due to poor management. For instance, in UTL’s case the managers were fired primarily due to exorbitant salaries and financial mismanagement of the firm.

Even with the market consolidation, GlobalData believes the Ugandan telecom remains competitive and is expected to grow at a robust 7.8% CAGR from 26m subscribers in 2018 to 39m by 2023. 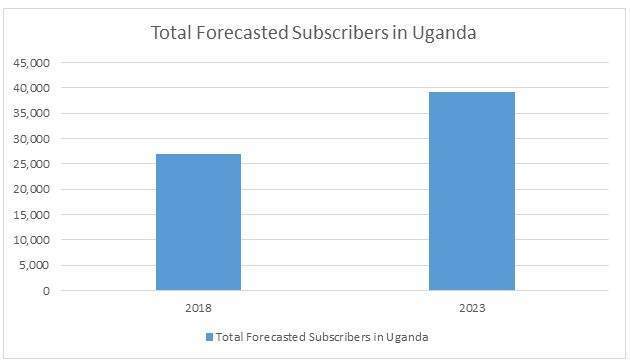 Oman: the rise of super-fast internet

The Oman fixed broadband market is on the cusps of rapid change, as fiber becomes more widely available across the country.

Oman has lagged behind its regional peers in deploying an extensive fiber network. Qatar and UAE currently have some the highest fiber broadband penetration rates in the world.

In order to address this shortcoming, the Omani government adopted its National Broadband Strategy in 2013 with a primary objective to provide high-speed internet to as many homes and businesses as possible. As a result, Oman Broadband Company (OBC) was established to build a national fiber broadband network to be used by Omani internet service providers. OBC aims to cover 85% of the Muscat Governorate and 30% of the country by 2020.

Awasr, a new fiber-only internet service provider, commercially launched it services in 2016, bringing a much needed competitive impetus to a broadband market previously dominate by the duopoly of Omantel and Ooredoo. Omantel and Ooredoo have also announced expansions to their networks, increasing the number of Omani’s that can potentially adopt fiber.

Government support to build a national fiber network, new market entrants and increasing commercial push by operators will drive fixed broadband adoption over the next few years. GlobalData expected total fixed broadband lines in Oman to increase from 431,000 lines in 2018 to 615,000 by 2023. 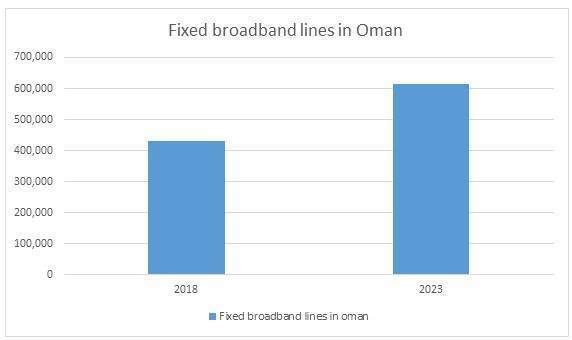 Ethiopia, with a population of over 100 million people, is one of the only few nations globally to have a state-run telecoms monopoly.

Its only operator, Ethio Telecom, has dominated the market unchallenged and has managed to obtain over 62 million mobile subscribers.

However, it appears this could soon change.

In June 2018, the government announced that it plans to loosen its grip on the telecoms sector by selling a 30%-40% stake in Ethio Telecom. Additionally, it will also split the company into two telecom corporations.

MTN and Vodacom are two telecoms groups with a significant African footprint who have shown an interest in investing in Ethio Telecom. The Prime Minister of Ethiopia, Abiy Ahmed, has proclaimed that the stakes sold will be distributed to global industry leaders.

This news comes a month after Ethio Telecom agreed to allow some local firms to provide Internet service through its infrastructure. This illustrates Ethiopia’s desire to open its telecom sector to local and global competition.

The Ethiopian mobile market has significant growth potential – GlobalData expects the total number of mobile subscriptions to rise from 71.2 million in 2018 to 101.1 million in 2023. 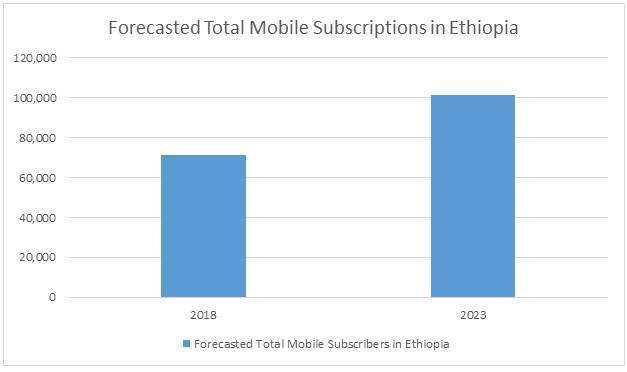