Is Twitter down? If you’re based in Europe or Asia, then you’re not the only one currently experiencing problems on the social media platform.

The platform isn’t down entirely, with many users still able to tweet as normal. However, users have reported issues when posting certain types of content, such as links and images. Likewise, some claim that they are unable to access their direct messages, use Twitter’s retweet feature, see trends or see replies to their past tweets.

DownDetector, a website which monitors outages by tracking social media comments, shows that thousands of people have been reporting issues with Twitter since approximately 7am BST this morning.

DownDetector’s outage map tool shows that the problem is primarily affecting users across Europe, particularly in the UK and France, as well as across Japan. There has also been an increase in issues reported in Spain, Poland and the Philippines. 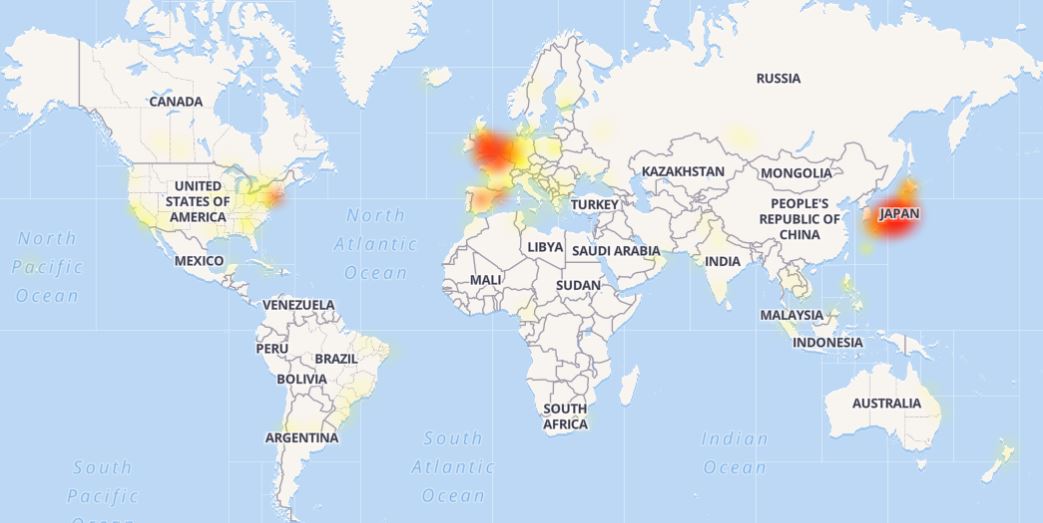 Twitter’s status page shows that it is currently investigating a “Partial Service Disruption”, confirming that “We’ve been experiencing outages across Twitter and TweetDeck. You might have had trouble Tweeting, getting notifications, or viewing DMs. We’re currently working on a fix, and should be back to normal soon”.

Twitter has yet to confirm the cause of the outage.

This outage follows similar issued in July, when an “internal configuration change” caused the platform to become inaccessible for more than an hour until it was rolled back.

We would expect Twitter to resume normal service by the end of the day. However, issues like this could halt the recent recovery of Twitter’s monthly user numbers.

Twitter reported declining user numbers for three consecutive quarters during 2018, falling from 336 million monthly users to 321 million. That climbed back to 330 million in Q1 2019. However, persistent problems could cause Twitter users to look for more reliable alternative social media platforms.

It is unclear whether these recent problems will have any impact on Twitter’s share price. The company has lost more than 2% of its value since yesterday’s close.