In line with its 5G strategy, Israel’s Ministry of Communications (MoC) is set to prepare for the sale of further 5G frequencies in 2021, with the latest set in the 24GHz+ band. This is following the completion of the auction for the spectrum in the 700MHz, 2,600MHz and 3.5GHz bands in August 2020. The move is in line with Israel’s broader technology-driven economic growth policy.

The 24GHz+ band is a high-band spectrum, referred to as mmWave. It offers ultra-high speeds and low latencies in comparison to low- and mid-band spectrum. However, mmWave spectrum has a smaller coverage area, so, when low-band frequencies are more adapted to rural areas that require wider areas of coverage, mmWave frequencies can, thus, be used in urban areas requiring high-speed 5G.

The 24GHz+ band can also be a good candidate for 5G private or campus enterprise network deployments, and in vertical use cases requiring a higher degree of high-speed connectivity in smaller areas. For instance, Radwin Israel launched a mmWave solution called Terrabrige, which connects train carriages, provides real-time status data, and allows the operator to control the systems of the train dynamically. 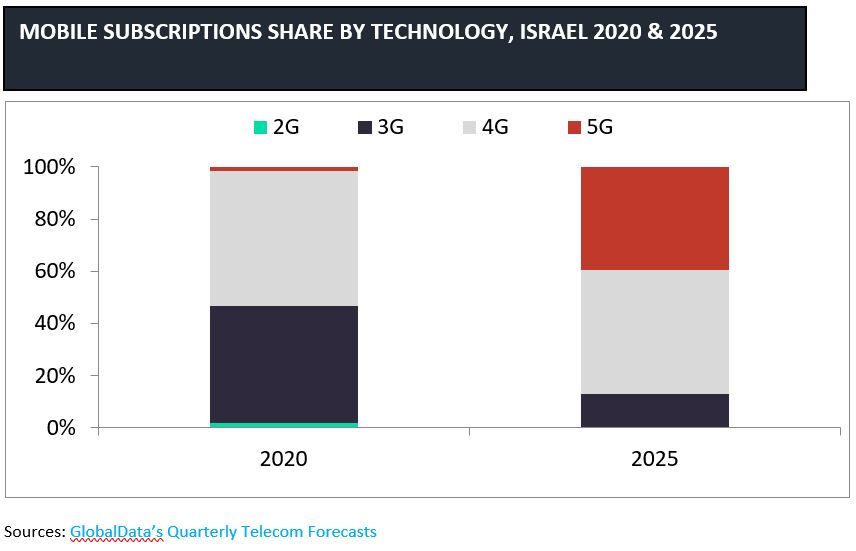 5G adoption in Israel is set to grow from 6.2% in 2021 to 51% in 2026 of total mobile subscriptions, in line with operators’ commitment to rollout 5G coverage to the majority of the population by 2025.