Augmented reality is being put in the driving seat in order to aid car manufacturers with the design and testing of new vehicles, thanks to a partnership between Volvo Cars and Finnish augmented-reality headset manufacturer Varjo.

The Varjo XR-1 headset provides photorealistic mixed or virtual reality, adding virtual elements or complete features that seem real to both the driver and the car’s sensors in real-time.

In safety tests, hazards such as pedestrians or obstacles can be created in order to test how drivers and cars adapt to them. During development of new features such as heads-up displays, the interfaces can be tested using the headset without having to physically create them.

“From the very beginning, our vision has been to create a product that can seamlessly merge the real and the virtual together,” said Niko Eiden, founder and CEO of Varjo.

Varjo’s Bionic Display delivers what the company claims is an unprecedented headset resolution, meaning that virtual and real images can merge into one display convincingly. This means that for the first time it possible to drive a real car while wearing a mixed-reality headset, and see a combination of real visuals and generated virtual objects. 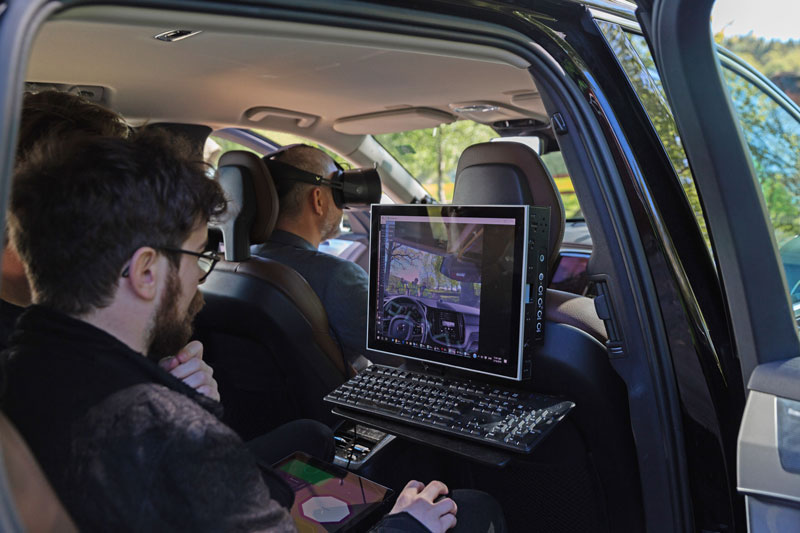 The technology also makes it possible for Volvo Cars’ engineers and designers to ‘drive’ future concept models and evaluate all features in a simulation environment years before they physically exist. This potentially enables the company to improve car safety and user experience, whilst making the design and testing process more efficient.

By using the built-in eye tracking technology in the XR-1, it will also be easier to assess how drivers will adapt to any new functionality included in future models of cars, and whether any new features could potentially distract drivers.

“With this mixed-reality approach, we can start evaluating designs and technologies while they are literally still on the drawing board,” said Henrik Green, chief technology officer at Volvo Cars. “This approach offers considerable potential cost savings by identifying priorities and clearing bottlenecks much earlier in the design and development process.”

As part of the collaboration, Varjo will receive investment from the Volvo Cars Tech Fund, the company’s venture capital fund, which invests in high-potential technology start-ups.

The Varjo XR-1 headset and Volvo Cars’ application of the technology are being demonstrated as of today at the Augmented Reality World Expo in Santa Clara, California. Volvo is already using prototype models but is expected to start using the VX-1 in the second half of this year.