Despite the strength of the US economy, Americans are increasingly reliant on credit cards to stretch their finances.

With debt becoming more expensive, there is a danger of a tipping point being reached in the short-to-medium term.

With GlobalData research pointing to a rise in outstanding credit card balances in the US over the next three years this tipping point could come sooner than people are expecting. 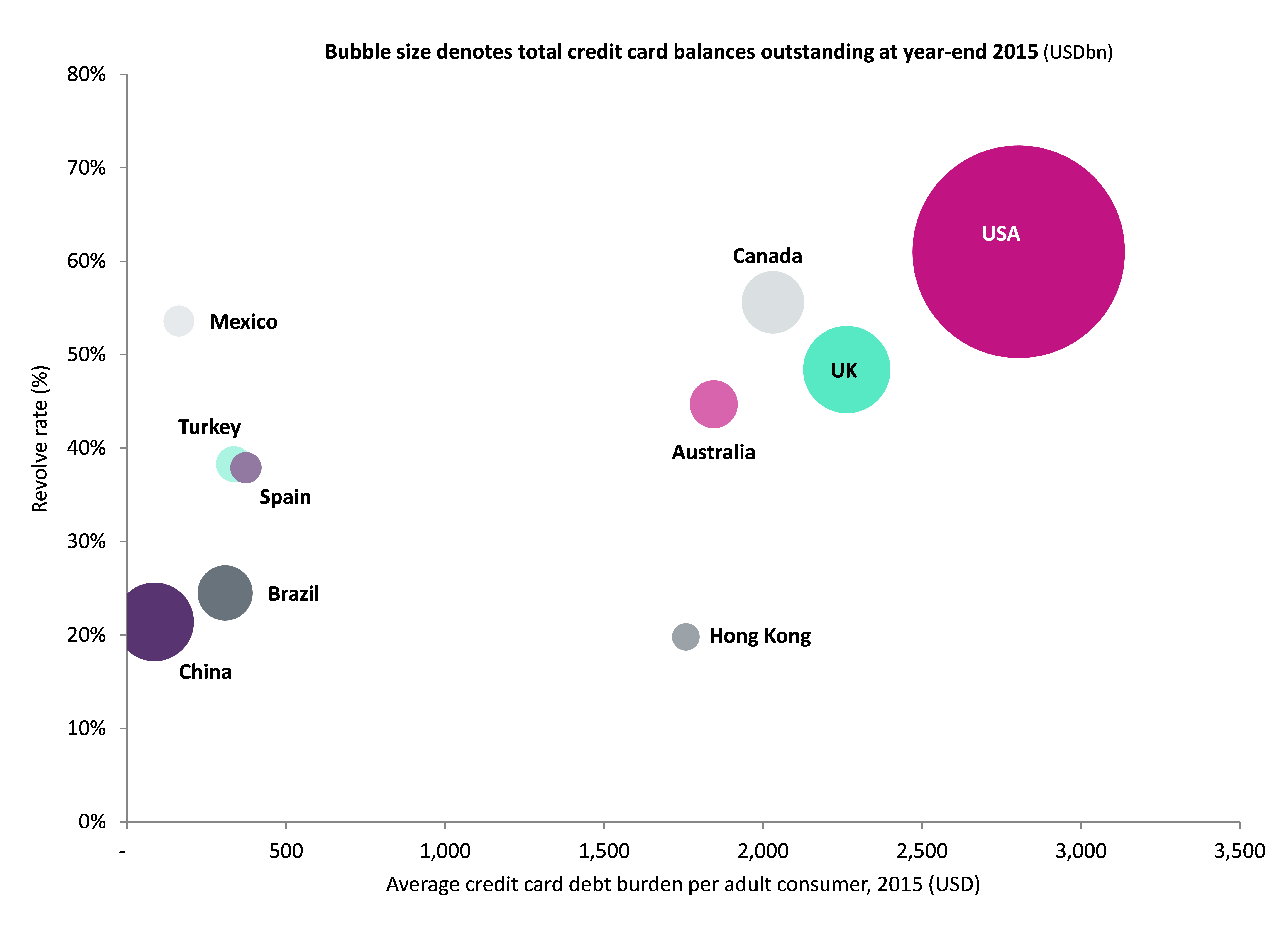 However, this rise in credit card debt has not been accompanied by a corresponding rise in wages, so while those in the US are borrowing more, their ability to pay back their debt is falling.

Compounding this issue, the Federal Reserve has been steadily raising interest rates over the past year, with the rate rising to one percent in March 2017.

Banks have reacted by raising their prime interest rates, which in turn makes borrowing more expensive for consumers.

US consumers hold the heaviest credit card debt burden of any consumers globally, on average.

The US has one of the highest credit card penetration rates in the world, with just under twice as many credit cards as people in the country in 2015.

The US is the largest global market in terms of overall credit card debt by a considerable margin, dwarfing even the other members of the top 10 countries in terms of credit card balances outstanding.

US consumers collectively owe over $600bn more on credit cards than consumers in China.

The US is also the most indebted market per capita, as well as having the highest percentage of consumers who revolve their credit card balances (revolve rate) among the top 10 markets.