Biomechanics sports startup NURVV has raised $9m in funding to help bring its sensor technology to market and expand its line of products.

Its NURVV Run smart insoles are fitted with 32 sensors to record high-precision data from the feet while the wearer is running. Data is captured 1,000 times per second from each sensor and sent to the NURVV Run coaching app, providing metrics such as cadence, step length, footstrike, pronation and balance.

The sensor is compatible with all running shoes and its battery lasts five hours when active.

“Runners are already able to collect a huge amount of data about each and every run they do. However, most of what they capture is historic, inaccurate and provides few insights on how to be a better runner,” said Jason Roberts, founder and CEO of NURVV.

“NURVV Run revolutionises how people run by accurately capturing the metrics that matter most, directly from the point of action at the foot, before using live coaching to help them improve in a simple, easy-to-understand way.” 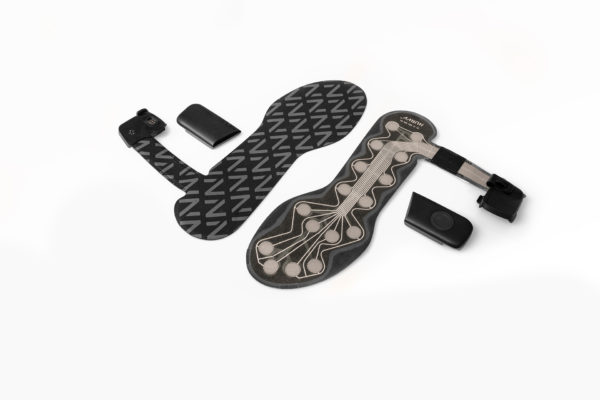 Co-founder and wife Ulrica Roberts said: “From the very beginning of this journey we kept coming back to the same question: ‘Why is running measured from the wrist, when most of the important metrics happen at the feet?’

“Driven by the idea we could revolutionise running by putting core biomechanical principles at the heart of our solution, we sought out the expertise to make it happen.”

Luke Alvarez, managing partner of Hiro, said: “Hiro is delighted to be investing in NURVV as our Fund’s fourth deal and our first Sports tech investment.

“NURVV’s success comes from putting the athlete’s body at the heart of everything they do. NURVV is based on fundamental patented sensor technologies combined  with deep biomechanics and data science that have revolutionary potential across sports, gaming, VR/AR and wellness.”

Launched at CES 2020, NURVV’s tech has been developed by sports scientists from top UK universities.