The so-called Ogden rate is going to be pushed up to between zero percent and one percent in a major victory for UK insurers and customers alike.

The change, which won’t come into affect until it is approved by parliament, will be reviewed every three years to ensure claimants receive fair compensation.

Bringing the Ogden rate back into positive territory will also allow insurers to pass on savings to customers and the regular review means future rate changes are more predictable and manageable.

Personal injury insurers have been pushing for a review of the discount rate by the Ministry of Justice since the rate was controversially lowered from 2.5 percent to -0.75 percent in March.

In future the Ogden rate will be set in review of a wider range of low-risk investments instead of purely index-linked guilts, making sure the rate is set realistically with how individuals invest.

How did the higher Ogden rate hit insurers?

In their 2016 annual reports, insurers highlighted that profitability was affected because they had to revise their finances and increase reserves to acknowledge that future claims costs would rise.

Shares in insurance companies rose on the news that the Ogden rate would be moved back to positive territory, with shares of Direct Line, a FTSE 100 insurance provider, climbing as much as four percent before falling back in late afternoon trading. 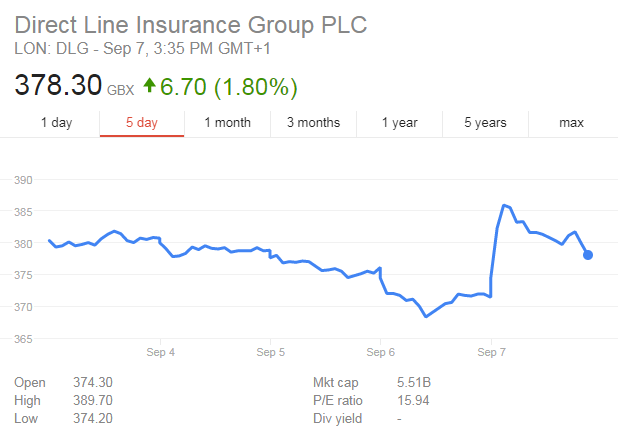 How will it affect customers?

The change is a win for customers.

Personal injury claimants will have peace of mind that the amount of compensation they will receive is accurate. Lower claims costs for insurers mean savings will also be passed on to consumers through lower premiums.

But the industry is still waiting on the implementation of the Civil Liability Bill, which was announced in June during the Queen’s Speech.

Fraudulent whiplash claims are continuing to drive up claims costs for motor insurers.

Although a changed discount rate will allow insurers to deliver savings, the personal injury market will not see true reform until the Civil Liability Bill is also in force.