The UK business was created following the acquisition and merge of SecureData Europe and SecureLink UK into the Orange Cyberdefense Group. Orange Cyberdefense provides security services including threat research, penetration testing and security operations centres. Greeff, who founded SecureData, has spent his entire career in cybersecurity and coordinates Orange Cyberdefense’s technology activity with colleagues spread around the world.

In this Q&A, the 20th in our weekly series, Greeff explains why Ada Lovelace is his tech hero, how he spots snake oil and how the pandemic has turned him into a “contortionist with resistance bands”.

Etienne Greeff: I’m one of those rare people that didn’t fall into cybersecurity by accident. Don’t ask me why, but 30 years ago I was dumb enough to want to learn how to install a firewall, and the rest is history, as they say. Since then, a lot has changed and a lot hasn’t. I still remember talking about passwords back then, and I even spoke about them again today. But perhaps the biggest change in my career – and therefore my current role – in recent times is the fact that the business I founded (SecureData) was recently acquired by Orange, and I got an upgrade to my title.

I’d say the most important thing happening in cybersecurity right now is the shift to cloud. The knock-on repercussion of this shift is that, for the first time, we’ve had to get to grips with a completely new cyber paradigm. Cloud is many things, but for most businesses, this involves elements of business transformation, the changing ownership of security and a completely new technology stack that is most unfamiliar for security practitioners.

Once we’ve bypassed the hype, I believe machine learning will deliver real productivity gains by doing things that humans are very poor at or are ill-suited to do.

A very good question! For me, if a customer cares and can see themselves buying a solution, then it’s probably disruption rather than hype. If you can’t explain to me easily, in simple terms, what you’re selling, then you’re probably shifting snake oil.

Learning to learn is the most important thing in life. What we know is transient. In a fast-moving world, the ability to learn and adapt is key to success. Also, I love the famous Jeff Bezos quote that is often heavily paraphrased: “Only fools try to predict what will change. Clever people focus on what won’t change.

My first major purchase from my paper round job was an HP 41 CV programmable calculator. I bought it mainly because someone told me it was too complicated for a novice kid to use. I admit they were right, but the challenge ignited a passion in me.

I wake up far too early, start speaking to my international colleagues at 8am and have a very mixed day of meetings with internal people, startups, and my team. I end the day with calls with my colleagues in Silicon Valley. If I’m lucky, I get some face time with our customers. All of this is punctuated with the famous three lunches I have every day – I’m always hungry! 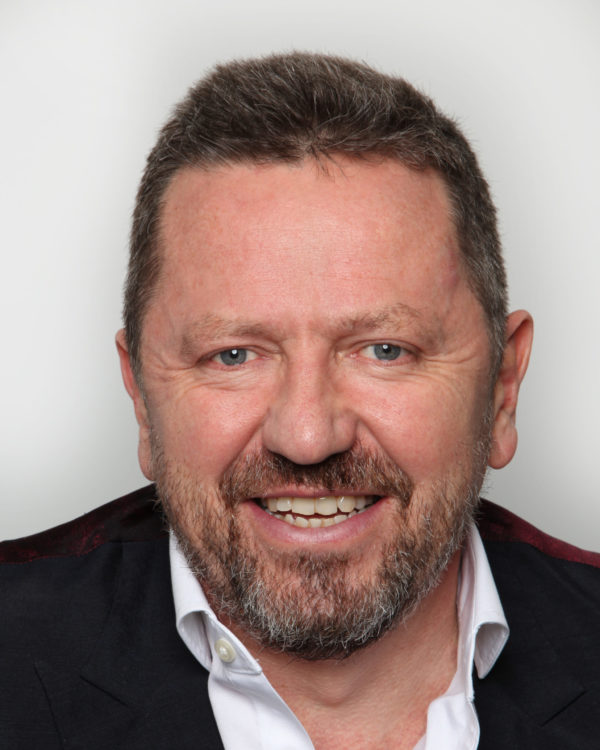 Etienne Greeff is the CTO of Orange Cyberdefense.

I’m a self-confessed gym freak. In the current Covid-19 world, this makes me a contortionist with resistance bands.

Ada Lovelace, for the sheer determination she showed in solving an extremely complex problem that no one else cared to understand.

Getting technology to be our servant, not our master.